The deterioration of the environment and of society affects the most vulnerable people on the planet: Both everyday experience and scientific research show that the gravest effects of all attacks on the environment are suffered by the poorest

Touched by God’s mercy and compassion and fired by the inspiration of the Gospel and Catherine McAuley, Sisters of Mercy accompany, advocate, educate and collaborate with others in support of persons who are poor. As Christians, we have an obligation first and foremost to care for the poor and vulnerable, ‘a preferential option for the poor’. In this we share the passion and commitment of our foundress, Catherine McAuley, to bring mercy to people who are poor, sick and uneducated. We do this in ways which are appropriate to the needs of our day, including, increasingly of Earth itself ‘among the most abandoned and maltreated of our poor’ (L S#2). We have come ‘to realize, in the words of Pope Francis, ‘that a true ecological approach always becomes a social approach; it must integrate questions of justice in debates on the environment, so as to hear both the cry of the earth and the cry of the poor.’ (LS#49)

In September 2015 the leaders of 193 member states of the UN adopted the 2030 Agenda for Sustainable development , including the 17 Sustainable Development Goals, also known as the global goals. These aim to end poverty, hunger and inequality, take action on climate change and the environment, improve access to health and education amongst other targets. The SDGs, in seeking to eliminate rather than reduce poverty, have a more ambitious agenda than did the MDGs (Millenium development Goals) that the world committed to achieving by 2015,. While global poverty rates have halved since 2000, according to the most recent estimates, in 2013, one in ten of the world’s population still lives at or below the international poverty line of $1.90 a day. MIA-MGA has identified 10 of the 17 Sustainable Development Goals (Goals 1, 2, 4, 5, 6, 8, 12, 13,15,16) as most relevant to the mission of the Sisters of Mercy. Invitation & Resources to Mark the first World Day of the Poor, 19 November 2017 Preparing for the first World Day of the Poor (19 November) 17 October: International Day for the Eradication of Poverty Lazarus at our Gate

A Critical Moment in the Fight Against World Poverty

President gives an address at an event to mark UN International Day for the Eradication of Poverty.

Since the launch of the Millennium Development Goals back in 2000, organisations and governments...

Leaving No One Behind – Examples from Papua New Guinea

The start of a new poverty narrative

Why do people still go hungry?

But what causes hunger and how do we prevent it? Investigate the work of Caritas Internationalis Give voice to those who are excluded 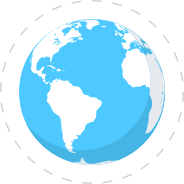 We must face the reality of the destruction done to ‘our common home’ and our part in that and radically redefine our relationship with all Creation. Sisters of Mercy and our partners-in-Mercy are called to address two, often intersecting theme areas: the degradation of Earth and displacement of Persons, with a particular focus on eleven critical issues.