A Baptism in Catherine’s Chapel

Catherine McAuley’s nephew, William Armstrong Montgomery McAuley (also known as “Wild Willie”) was presumably the first child to be baptized in Catherine’s Chapel in the Baggot Street house. After the death of his mother (Catherine’s sister Mary) in 1827 and his father Willliam in 1829, Mary and William’s five children chose Catherine to be their legal guardian. 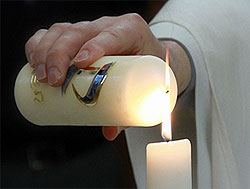 In a letter dated July 15th 1903 to the Reverend Mother of the Mercy Convent in Bendigo, Australia, Willie writes of his time playing with his sister and other children adopted by Catherine in the house on Baggot Street. In the midst of recounting the play, he also speaks his baptism. He says:

They [the women who lived at the House of Mercy] failed to abash me from peeping over the table to draw a smile from the beautiful and holy faces opposite. As it were to crown the glory of their defeat, behold Fanny Ward[e] ushering me into the Chapel and asking me to take the name of Joseph, as I was about to be baptized by Father Burk[e]; so I pleased Fanny Ward[e].

This baptism, which likely occurred in 1829 after the June dedication of the Chapel, was presumably the first baptism to be held at Baggot Street. Willie would have been eight years of age, and the celebrant Daniel Burke osf was the chaplain of the House of Mercy.

Recently, the Chapel was once again the setting of a baptism—for possibly its second time in history. This time, the child was the infant son of a Mercy International Centre employee Dawei Fan.

The baptized child, Lin Feng (David) Fan is the son of Dawei, who originates from China, and his wife Monika, who originates from Poland. The celebrant of the Eucharistic liturgy and baptism was Marek Grubka op. The readings and prayers alternated between English and Polish, with an apology to the bi-lingual or multi-lingual Chinese-speaking participants for the lack of Chinese spoken throughout the celebration. 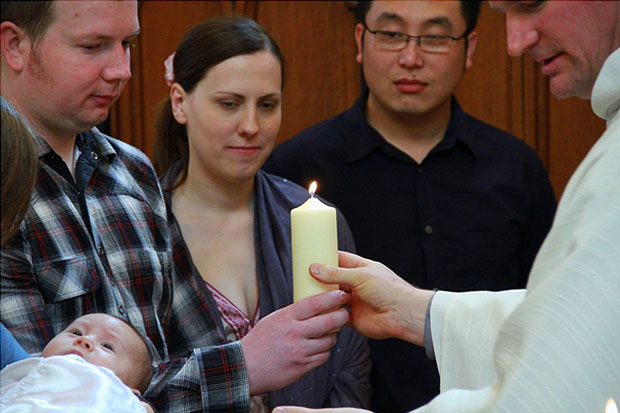 Congregants and witnesses of the baptism originated from Aotearoa New Zealand, Australia, China, Ireland, Mexico, Poland, Togo and the United States. Interestingly enough, of the approximately twenty participants in the celebration, only two were born in Ireland—Mary Reynolds rsm (executive director of Mercy International Association) and the three-month old newly baptized child Lin Feng. This baptism is a small window into the changing and global face both of Mercy and of Ireland. 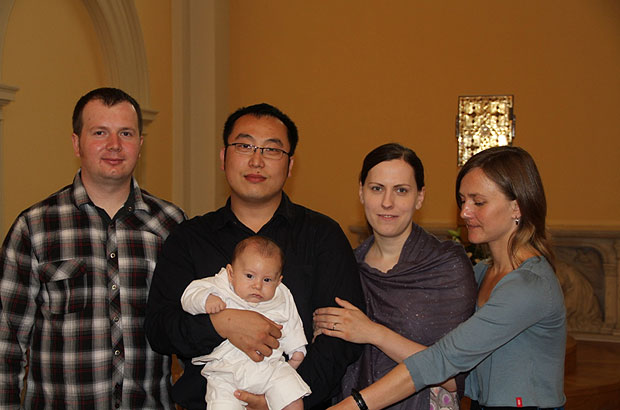