About the Year of Mercy

On 13 March 2015 Pope Francis announced an Extraordinary Jubilee Year of Mercy commencing on the 8 December 2015, the Feast of the Immaculate Conception and concluding on the Feast of Christ the King, 20 November 2016. 'I have often thought of how the Church may render more clearly her mission to be a witness to mercy', Pope Francis said in announcing the Year of Mercy. He continued 'And we have to make this journey'.

The proclamation of the Extraordinary Jubilee of Mercy beginning 8 December 2015 provides Sisters of Mercy and our partners-in-Mercy with a profound call to explore Mercy anew.

The symbol of the Jubilee year is the opening of a sealed door in Rome. Passing through the door is a sign of crossing over from an old way of life to a new one.

On Sunday, 13 December, the Third Sunday of Advent and the fiftieth anniversary of the closing of the Second Vatican Ecumenical Council, Pope Francis will open the the Holy Door of the Cathedral of Rome – the Basilica of Saint John Lateran (Misericordiae Vultus, 3, 4). 'On that day, the Holy Door will become a Door of Mercy through which anyone who enters will experience the love of God who consoles, pardons, and instils hope (Misericordiae Vultus 3). In Dublin that same Day, Foundation Day celebrations which are normally held on 12 December will be linked with the opening of the Door of 64A Lower Baggot Street – Mercy International Centre, the first House of Mercy. 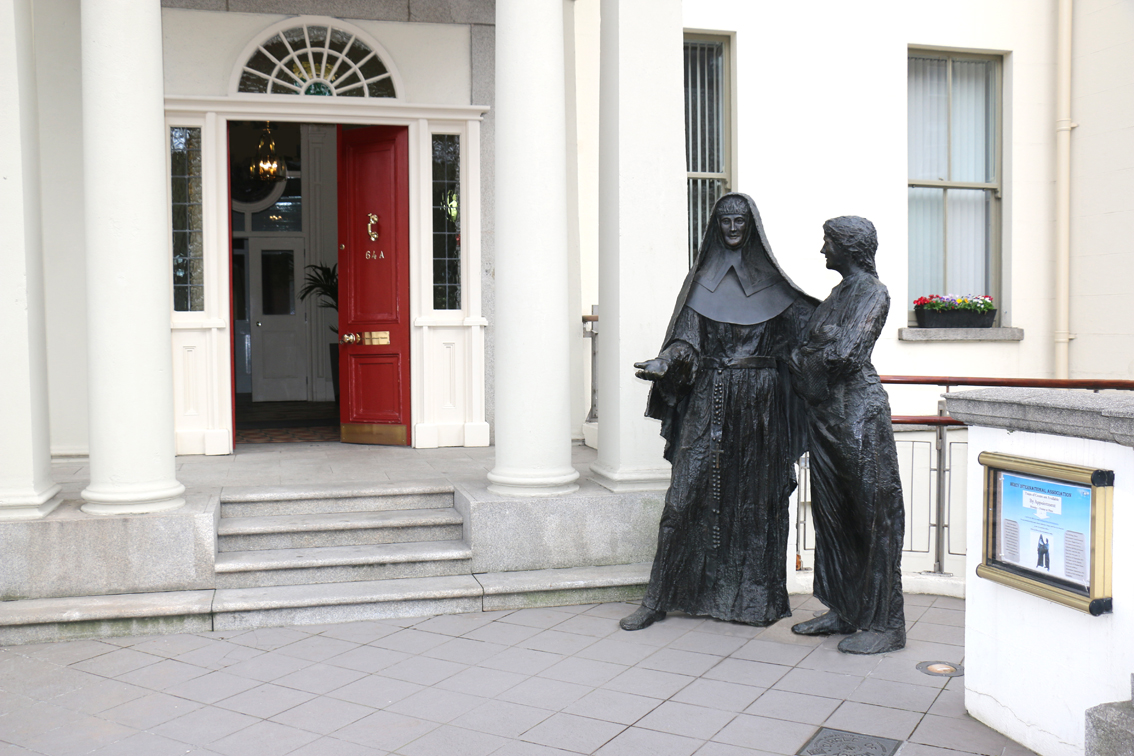 Across the Mercy world, Mercy Congregations and Institutes, communities and ministries have been invited to open their local door of Mercy using a ritual prepared for the occasion and to reflect on three key questions during the ritual:

At the May 2015 meetings in Dublin, all our Mercy Leaders and the MIA Board took a decision to invite Sisters of Mercy and our partners-in-Mercy to participate in a worldwide reflection process during the Year of Mercy so that we can discern together globally a shared response to the urgency of the 'cry of the Earth and the cry of the Poor' that we hear daily and which Pope Francis has set before us in his encyclical, Laudato Si' (LS #49).

This Mercy International Reflection Process (MIRP) will be the major focus for each MIA Congregation and Institute in 2016.

Further information about the reflection process can be found here.