World Refugee Day was established by the United Nations in 2001 to honour the courage, strength and determination of women, men and children who are forced to flee their homes under threat of persecution, conflict and violence. It aims to focus our attention on the increasing numbers of people who are victims of forced displacement from countries of the African continent, Syria, Iraq to name but a few. 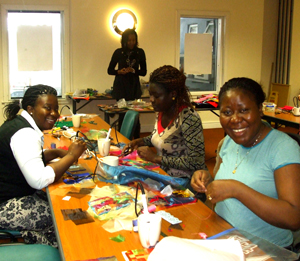 We are reminded of what forces people to leave their countries of origin and seek protection either in border countries or beyond. For a day or for a moment we become conscious of what it must be like to be forced to leave home, family, supports, employment and to be left with nothing except perhaps the clothes on ones back. For most of us it is a reality totally beyond our comprehension. However due to the increased number of people forced to seek refuge on a worldwide scale particularly since the end of the 20th century most of us will have become acquainted with refugees and perhaps come to know their story.

My experience at Doras Luimni, established in 2000 in Limerick, has led me to meet many refugees in Ireland and particularly in Limerick City and county. DORAS - Development Organization for Refugees and Asylum Seekers - was founded by the Limerick Mercy Justice group to support people who come to Ireland seeking asylum. It was established to act as a support to asylum seekers as decisions from the Department of Justice on their asylum applications were awaited. Many of the first asylum seekers who have been successful with their applications have been joined by their immediate families, have become Irish Citizens and are integrating into Irish life.

Doras Luimni has played a strong role in their journey and has been inspired by the courage, strength and determination which brought them to Ireland and has brought a richness that no money can buy. Not all have been successful and have had to return to their country of origin or await Leave to Remain decisions on humanitarian grounds. There is an awareness of the many whose lives are on hold and for whom a letter from the Department of Justice can make all the difference. Many have been the victims of racism and have suffered within this country in which they have sought protection. Over the years Doras Luimni has accompanied the changing reality of the newcomers and has learned to respond to the various new challenges by initiating, as well as joining other NGO’s on a national level in Campaign and Advocacy work. 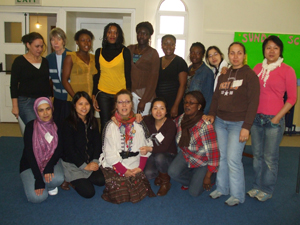 One enriching aspect of my work has been as coordinator of a Woman’s Group. The weekly meetings with women from almost very country in the African Continent, Afghanistan, Pakistan, Thailand, China, Iran, Iraq, has taught me the capacity women have to live in the midst of a culture, society, language, customs, climate alien to them. The oasis of the Women’s Group serves in some small way to fill the harrowing lack felt by not having the nearness and comfort of an extended family. Some have joined a spouse who, due to the labourious slowness of the Family Reunification process, may have had up to four years of experience of life in Ireland in advance. That gap in life experience brings its own issues and contributes to the agenda of topics of the group. The group is a weekly reminder for me that refugees are people and this fact can never be forgotten. Is World Refugee Day a sufficient reminder? It is easy to forget.