An Unexpected Visitor Brings Us a Newly Discovered Mercy Treasure

Editor: Thousands of visitors walk through the doors of Baggot Street each year, including Sisters and Associates, tourists and tradespeople, students, and staffs from Mercy ministries. All of these are to be expected. Then there are the surprises... 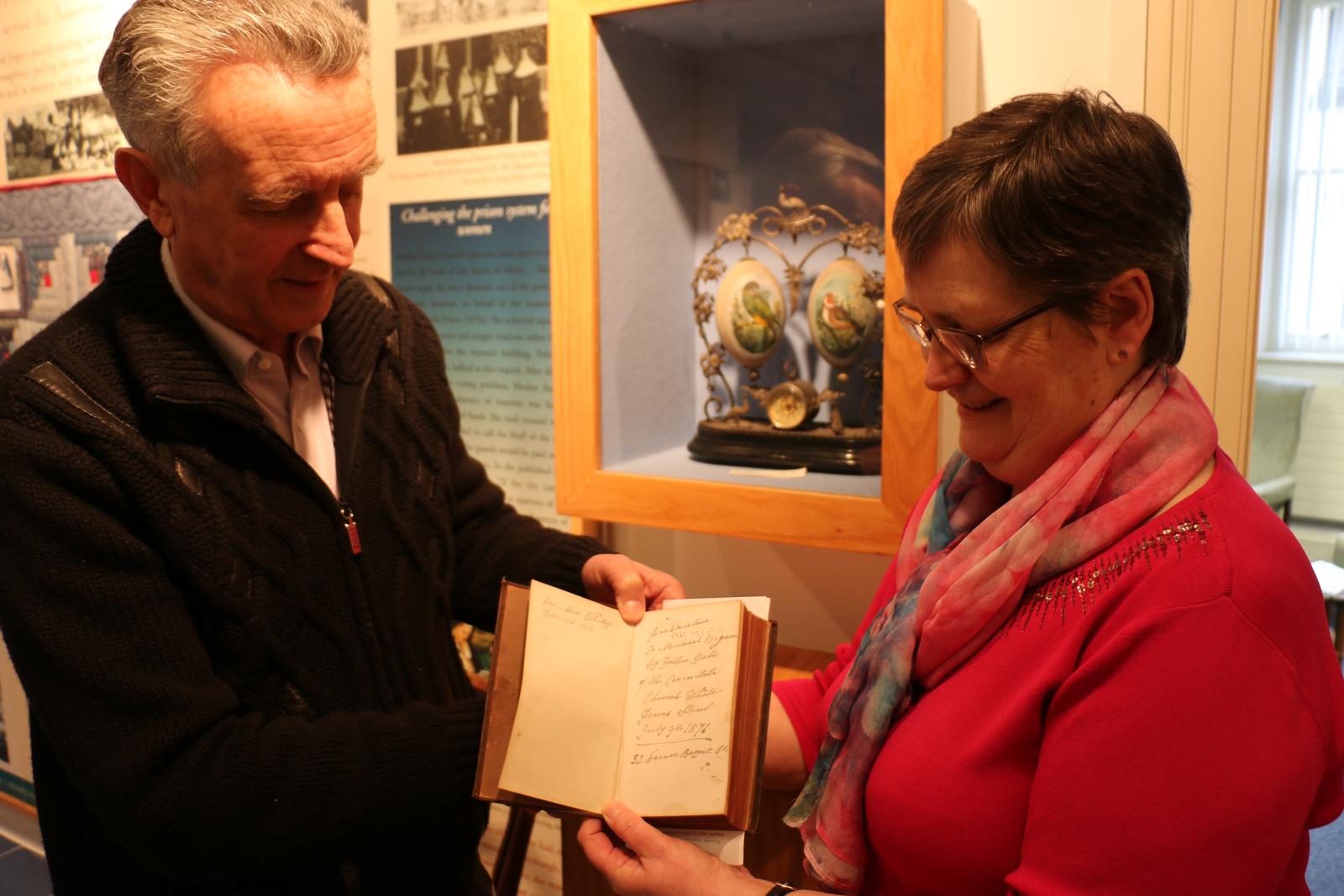 Jim Bolger and Aine Barrins in the Heritage Centre at Baggot Street, photographed in front of another Mercy treasure - an emu egg clock. The emu egg clock originated in Australia and was brought to Ireland by boat in 1871. Mother Vincent Whitty returned to Ireland that year to recruit additional young women for the mission of Mercy in Australia. She brought with her the clock that is decorated with two emu eggs and gifted the Baggot Street community with this treasure.

An unexpected visitor recently was Jim Bolger, an Irish thoroughbred racehorse trainer and breeder, whose grandmother was a first cousin of Vincent Whitty (1819 -1892), leader of the founding group of Sisters of Mercy to Brisbane. Jim's brother had inherited the farm in Wexford and invited Jim to take away any item of interest to him. Among the treasures there he found a prayer book 'Imitation of the Sacred Heart' inscribed in ink 'For Miss Whitty February 17th 1875' which he felt would properly belong at Mercy International Centre and for which we are grateful. 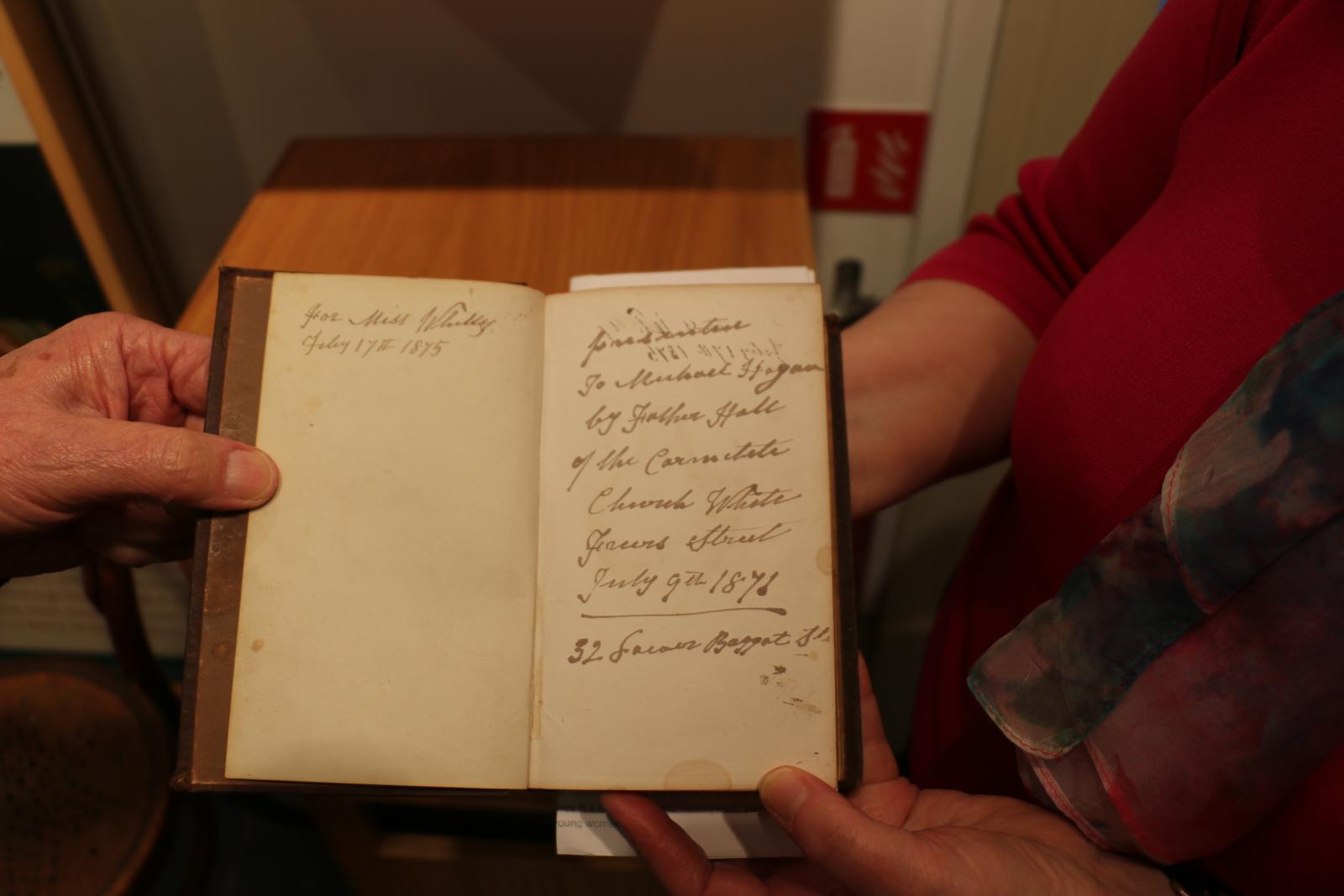 Today we recall and give thanks for the foundation of Sisters of Mercy in Brisbane. It was in the evening of 10 May, 1861, that the ship 'The Yarra Yarra' steamed up the Brisbane River; on board after 5 months on the high seas from Ireland on 'The Donald McKay' were Mother Vincent and her companions, the first women religious to set foot in the infant colony of Queensland, Australia. 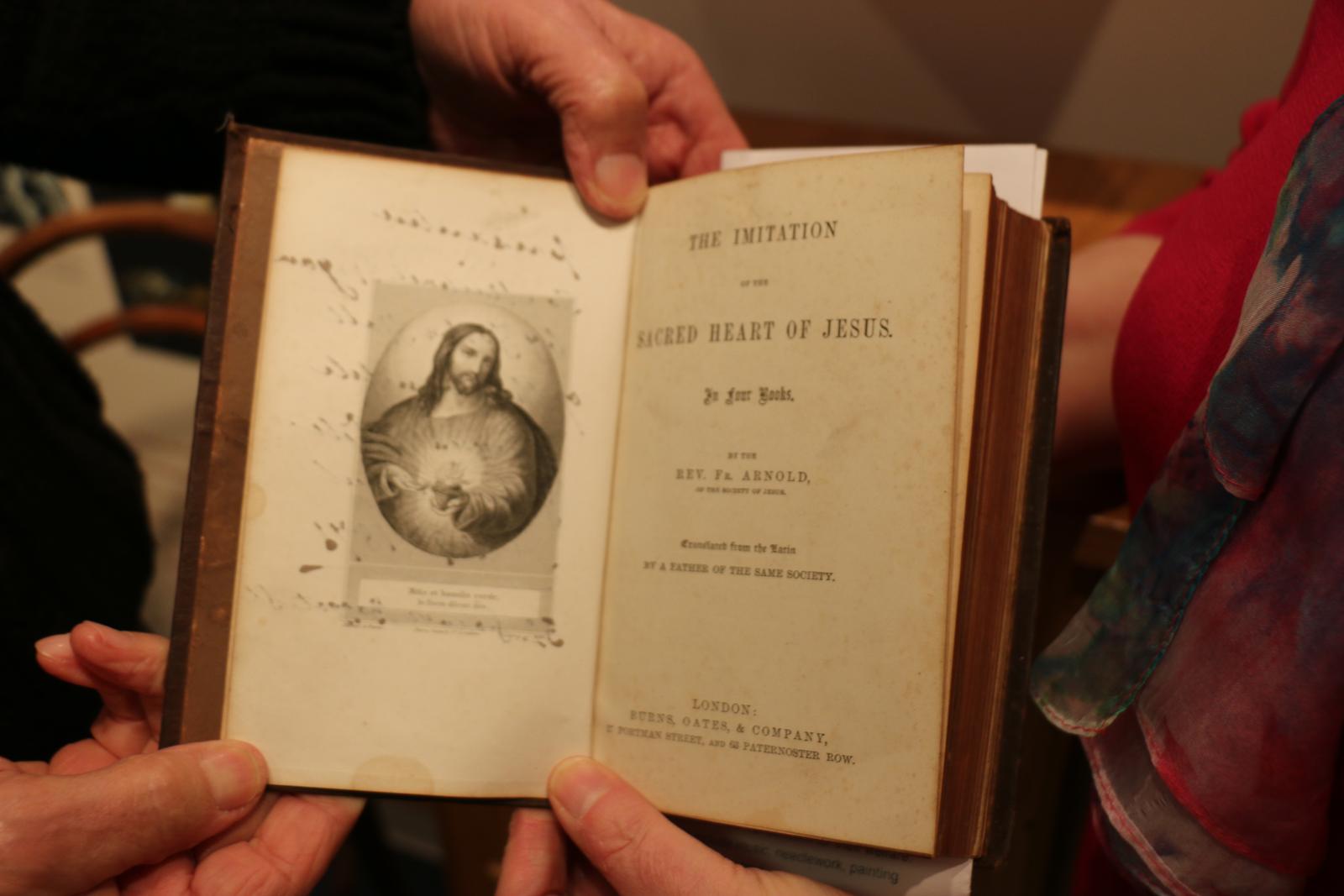