Call on Australian Government to Resettle Refugees and Asylum Seekers

Editor: Sisters of Mercy Parramatta Congregation, Mercy Foundation (North Sydney Congregation) and the Institute of Sisters of Mercy Australia & Papua New Guinea (ISMAPNG), are among the coalition of more than 100 religious orders, community groups and organisations that have joined the Refugee Council of Australia in urging Australia's major political parties to form a bipartisan commitment to bring the 1600 refugees detained by the Government on Manus Island and Nauru, to Australia for resettlement. 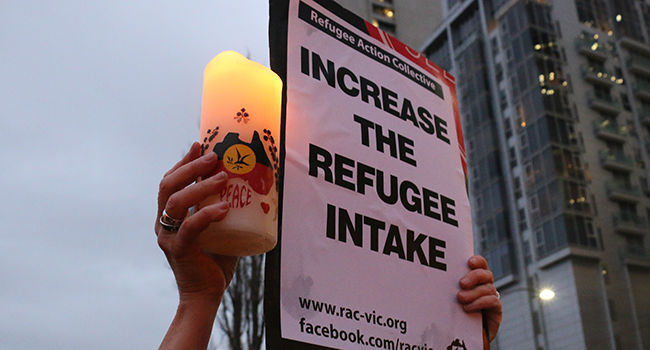 This call for immediate action follows the ongoing uncertainty surrounding the resettlement 'deal' with the United States. 'The most obvious and humane solution is to clear the camps and bring these people to Australia until a safe long term, appropriate outcome for them can be guaranteed. We do not have years. Australia cannot allow another person to die or suffer because of our actions' reads the Open Statement.