On the Feast of the Annunciation of the Lord, March 25, 2017, the little Chapel at Convent of Mercy in Mobile, Alabama, USA, was overflowing with Sisters of Mercy, their Associates, and friends of Sister Mary Aidan Donaldson. All had assembled to celebrate the Feast Day and to pay tribute to a grand lady and a true daughter of Catherine on her 90 years as a Sister of Mercy. 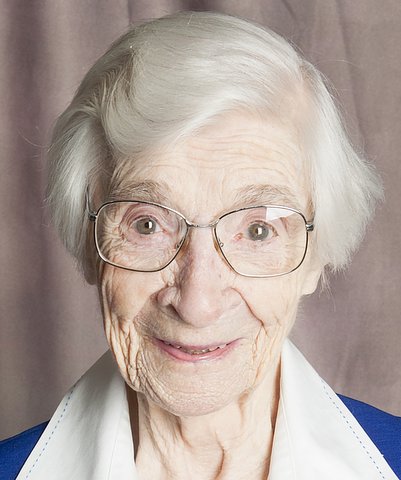 Born August 20, 1908 in Newry County Down, Northern Ireland, Sister Mary Aidan at the age of 19 departed her homeland and the father who had raised her after the early death of her mother. In February 1927, Sister arrived in Mobile and began her education ministry that September which lasted some 50 years. At that time Sister Mary Aidan transitioned into pastoral ministry, caring for those who were sick and shut-in.

Though an amazing woman throughout her Religious Life, one of her most astounding achievements was the new vocation she embraced at the age of 89 when she announced her retirement from active ministry. Sister Aidan took up water-color painting under the tutelage of a former eighth grade student and on her 95th birthday had an exhibit of her floral work, entitled “Praising God’s Beauty”, selling 20 of them.

One of several most touching moments of the Liturgy was at the conclusion of her Vows Renewal, she looked out at the congregation and in a clear and strong voice added, “I wish to thank God and all of you, Amen.” Another being when the local Archbishop Thomas J. Rodi appeared at the end of the Mass to sing her favorite hymn, “Our Lady of Knock”, while she sat smiling broadly and occasionally mouthing the words. 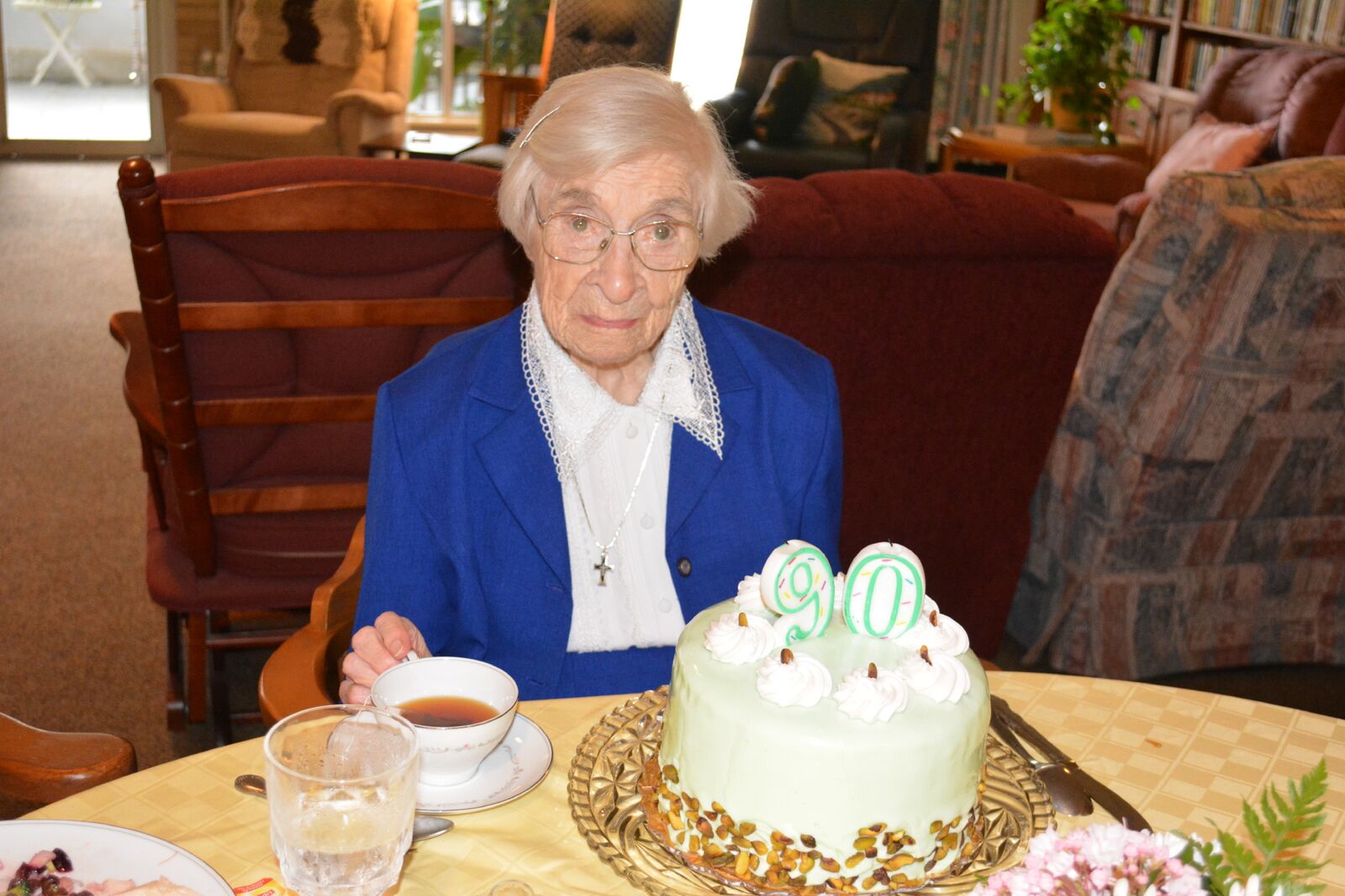 As noted in the homily, Sister Mary Aidan is a “spirit-filled woman who lived through a century of extraordinary changes in the Church, Religious Life, and a new technological world. And she was a woman before her times in many ways: strong-willed, fiercely independent, self-directed, competent, and future oriented.” And not much has changed, even now these traits are ever exhibited today, as she is an avid reader of the newspaper, religious publications, all Mercy works and actively participates in Community prayer and activities most days. 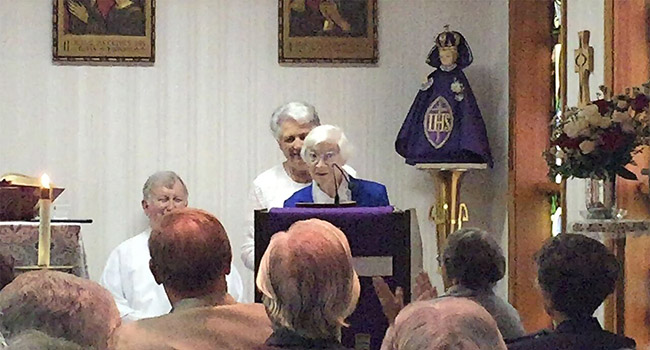 The motto engraved in her profession ring, My Jesus, all for thee, continues to guide and direct her every action.