Editor: A reminder that, as publicised in eNews Issue #660 (9 March 2016), Irish citizens at home and abroad are invited to Remember, Reflect and Reimagine Ireland as it has evolved in the 100 years since the Rising. 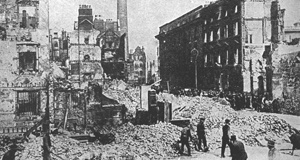 British Pathé, a producer of newsreels, cinemagazines, and documentaries from 1910 until 1970 in the United Kingdom, has made its archive of the 1916 Easter Rising available online in two places:

A selection of their footage has also been compiled into a showreel (05:30)

An article on the role of women in the Easter Rising can be read here in the NY Times.

Messages to: the Editor