During the very packed days of meetings of the UN General Assembly held in New York, September 20th and ongoing, Caritas International, The World Bank, The German Government (CADENA), Islamic World Relief , Religions for Peace and the Anglican Communion among others, gathered in New York to look at the Sustainable Development Goals and the moral imperative to end Extreme Poverty. 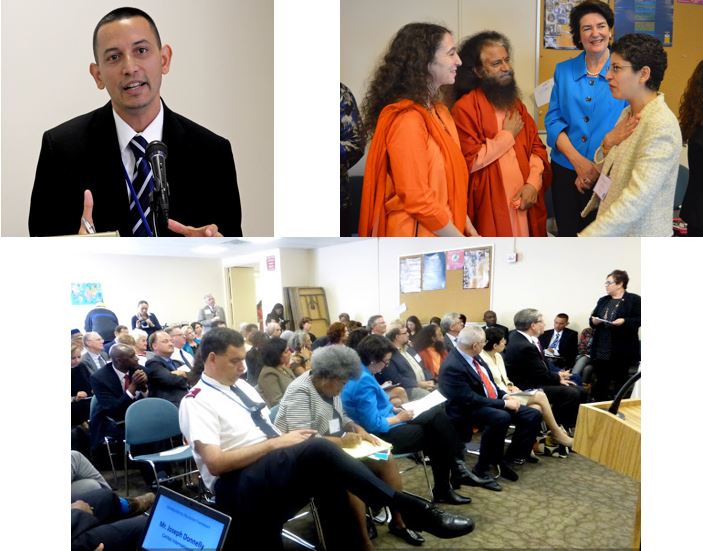 Recognizing that local and faith-based networks are central to humanitarian response as trusted first responders, those gathered at this important meeting looked at ways to best collaborate on the ground.

After one year of joint work, the group convened (supported by the German and Irish governments) to discuss and evaluate the progress to date, and to explore ways to increase engagement of FBOs in achieving the SDGs, strengthen the relevance of the Moral Imperative initiative for the diversity of stakeholders, and to develop plans to maximize impact and establish a clear way forward.

Recognizing that there has been remarkable progress in the past two decades in cutting in half the number of people living in extreme poverty, the religious leaders present recognize that the moral test of any society is how the weakest and most vulnerable are treated.

The September 22nd meeting included a strategy session as the assembled leaders recognized that ending extreme poverty will require a comprehensive approach that tackles its underlying causes: for example, preventable diseases, lack of access to quality education, joblessness, corruption, violent conflicts, and discrimination against women and ethnic minorities and other groups.

Attendees heard from the Secretary General of Caritas International, the head of Islamic Relief USA, the Director of UNICEF, several UN member States, and the Chief Officer of the World Bank as well as the Executive Director of the Parliament of World Religions, Jesuit Refugee Services and the Sarvodaya Shramadana Movement. 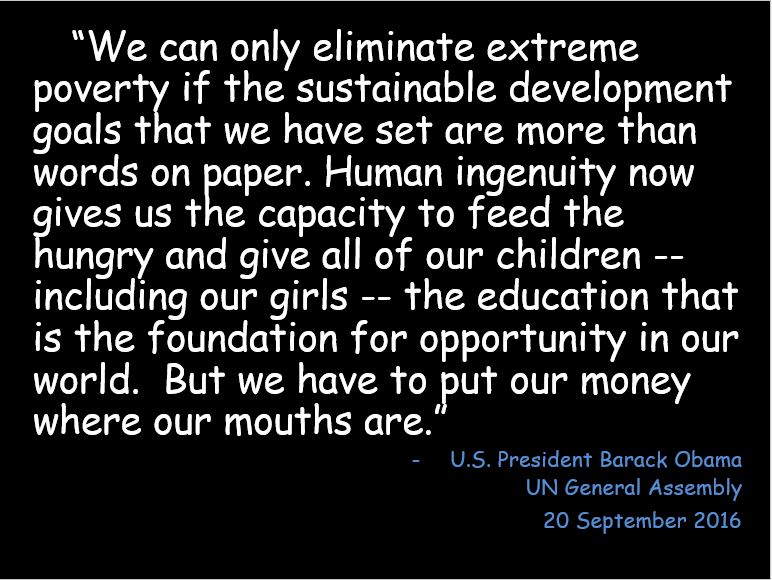