'Feasts of Glory: In East and West' launched

Editor: Mercy Sisters, academic colleagues, other religious and lay women and men were among the large crowd of Christians from East and West -the Russian Orthodox and Catholic communities- who were present for the launch on 16 June of Feasts of Glory: In East and West by Birute Arendarcikas rsm. 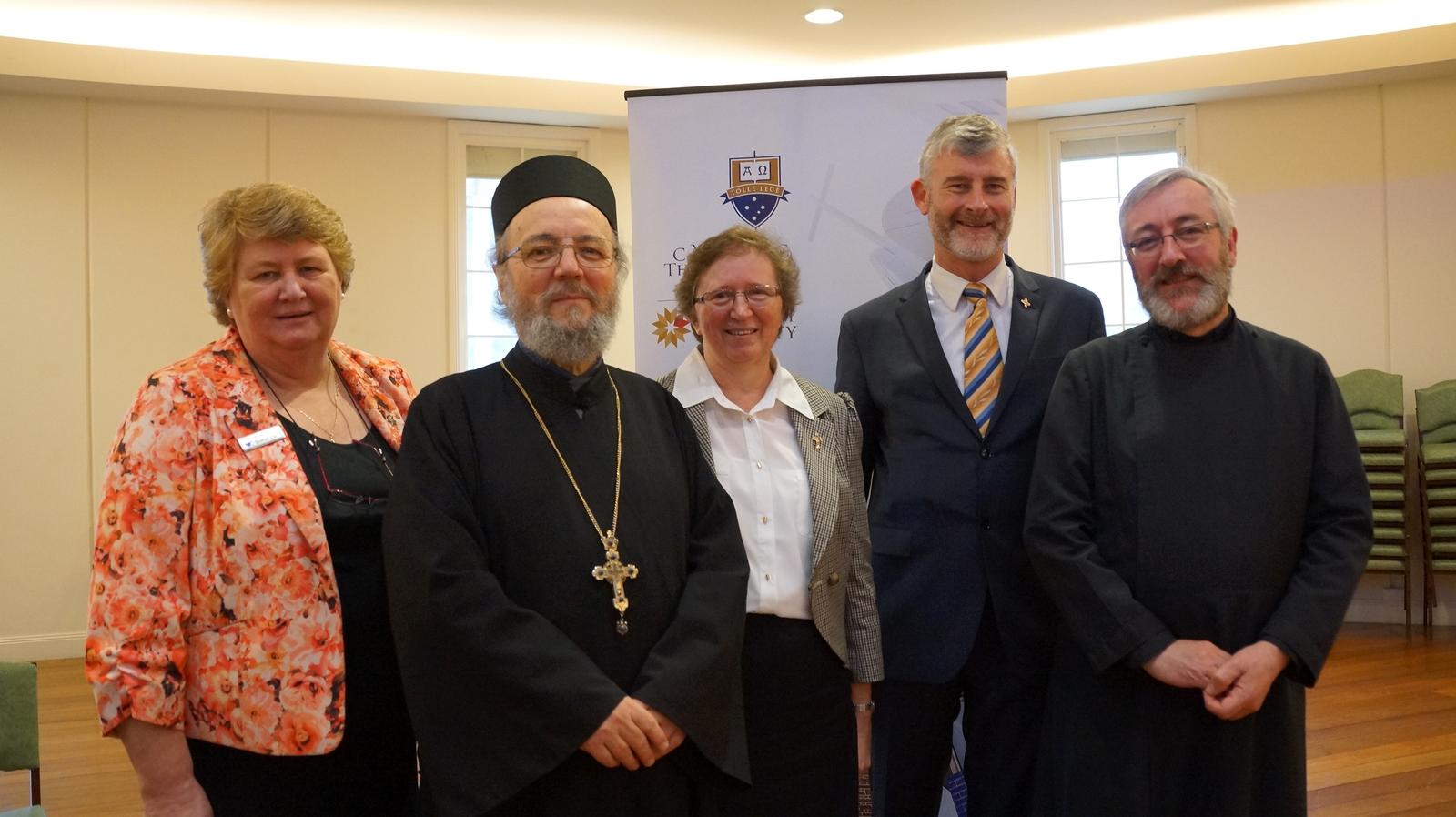 Sr Birute's academic interest is Ecumenism, in particular the relationship between the Roman Catholic and Orthodox Churches. 'As a result of my study, I came to a deeper appreciation of how both the Roman Catholic and Orthodox Churches are supported by the one mystical life, which is grounded in the mystery of the Holy Trinity, revealed in Jesus Christ. They, truly, are sister churches.  An implication for me of this relationship for future research was to examine those things that make them true sister Churches,' said Sr Birute.

Feasts of Glory: In East and West, presently being translated into Russian and to be published in Russia, is one outcome of Sr Birute's personal search and deeply held conviction. 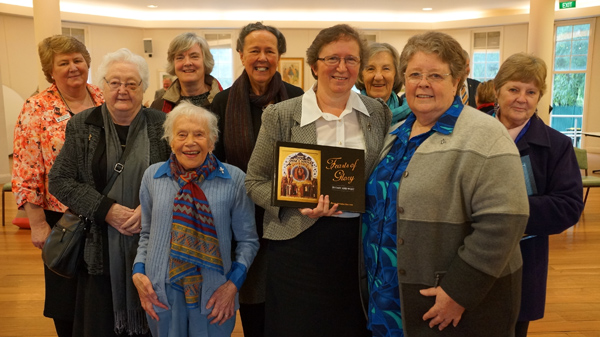 Archpriest Nicholas Karipoff welcomed the crowd to the Russian Orthodox Hall for the launch which commenced with a musical perforormance by a quartet of male singers from the Russian Orthodox Church. This occasion was, said Fr Nicholas, 'an opportunity to share, to be open to each other and come to a greater understanding'. The quartet's repertoire of five chants from the major feasts captivated the audience, inviting us into mystery, while offering us 'a history' of Russian liturgical music, from the monastic homophonic Byzantine chant of Isaiah's prophesying of the Messiah, to a polyphonic ‘Lord have Mercy’–all sung in Slavonic.

Fr Shane Mackinlay, Master of Ceremonies, spoke of Sr Birute's passion and enthusiasm for the project and of her concern for bringing East and West together which was 'enriching for both traditions'.

The book was officially launched by Dr Denis Stanley EV, Episcopal Vicar for the Ecumenical and Interfaith Relations. The images in this book he said 'confirm what sacred images have always been called - windows into heaven.' He continued, ‘The power of the image and a few well-chosen words can be a work of evangelisation. It can be a work that makes us stop and listen to the whisper of the Holy Spirit.

While acknowledging the clear contrast between the art of East and West 'of icon and painting, of Eastern stillness and Western movement, of Byzantine formality and Western naturalism' , Fr Stanley posed a challenge. ‘We need to be provoked into thinking a little more deeply on how we can learn to “breathe with two lungs” . About how we can live with two very distinct Christian traditions, whose integrity we need to understand and protect, and yet be moved by and love each in their own way''.

Religious art, he concluded, 'is a good way of getting the conversation started...they take us to the deep places of our faith - the mysteries of Christ, the Mother of God and our heavenly friends the Saints'.

Most of the cycle of icons presented in this book are a unique and local treasure in themselves and are the work of the Russian Orthodox iconographer Antonina Ganin. This collection can be viewed in situ at the Russian Orthodox Cathedral of the Protection of the Most Holy Mother of God, located in Brunswick East, Melbourne, Australia.

Feasts of Glory: In East and West can be purchased online, by mail and in person from Freedom Publishing, Melbourne, Australia