Marking an anniversary is always a special occasion. Whether it’s a first anniversary, or the 100th, anniversaries offer an opportunity for people to come together and share the joy of their involvement in the story! Anniversaries allow us the chance to reflect on the beginnings, while at the same time looking to the future. 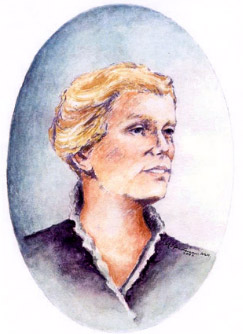 And so, on 12 December 2013, Sisters of Mercy, Mercy Associates and Friends of Mercy gathered in Catherine's house at Baggot Street to commemorate the 182nd anniversary of the Foundation of the Sisters of Mercy, and to celebrate the past, the present and the future of Mercy!

The celebrant and preside of the liturgy was Fr Conall O'Cuinn SJ, Rector of Milltown Park in Dublin and the readings of the day were those of the second Thursday of Advent. The first reading, Isaiah 41:13-20 was read by Angela Bracken rsm. Music was provided by Eithne Doyle rsm, on organ and the congregation was lead in song by Rosaleen Doyle rsm. During the liturgy Sisters of Mercy had the opportunity to renew their vows and Associates, Circle of Mercy members, Partners in Ministry and Friends of Mercy renewed their commitment to Mercy.

Anna Burke rsm reflected on Scripture during the liturgy. Comparing Catherine McAuley and Nelson Mandela, Sr Anna said that both of these change makers, in their own times, understood Mercy as the agent of change in a society. She said that Catherine believed that Mercy was “the catalyst for systemic change and came to understand that Mercy is the shape of change - Mercy civilizes, restores, releases, reconciles”.

Sr Anna also drew on the ‘coming home’ of Advent saying that “in Advent we have a heightened awareness that we are going home” and that “home is the place where someone is waiting for us, that place where we come in contact with an awareness of belonging to someone.”

Foundation Day celebrations were enhanced by an exhibition of Icons, hosted by members of the Association of Iconographers of Ireland. Their beautiful artwork was displayed in the International Room in Baggot Street, where it was enjoyed by the visitors.

The day concluded with a Harpsichord Recital By Tetyana Vlasuik, a student of the Royal Irish Academy of Music. Tetyana performed Bach’s Goldberg Variations, Part 1, sharing her wonderful talents with the audience and filling the chapel in Baggot Street with beautiful music.