Editor: 'High energy', 'enthusiastic' and 'excited'. These words best describe the 104 Mercy pilgrims', all secondary/second level students, who arrived with their 35 accompanying chaperones in the MIC Reception Area at 10am this morning to register their attendance at the fourth biannual Young Mercy Leaders (YML) pilgrimage for school students with its theme 'Let mercy be our badge of honour'.

The theme comes from one of the Familiar Instructions to her Sisters attributed to Catherine McAuley: 'Let charity be our badge of honour…so that it may truly be said, there is in us but one heart and one soul in God' (109e).

The pilgrimage for secondary/second level students is held every alternate year. This is the fourth one (2011, 2013, 2015, 2017) and has the largest school representation to date. 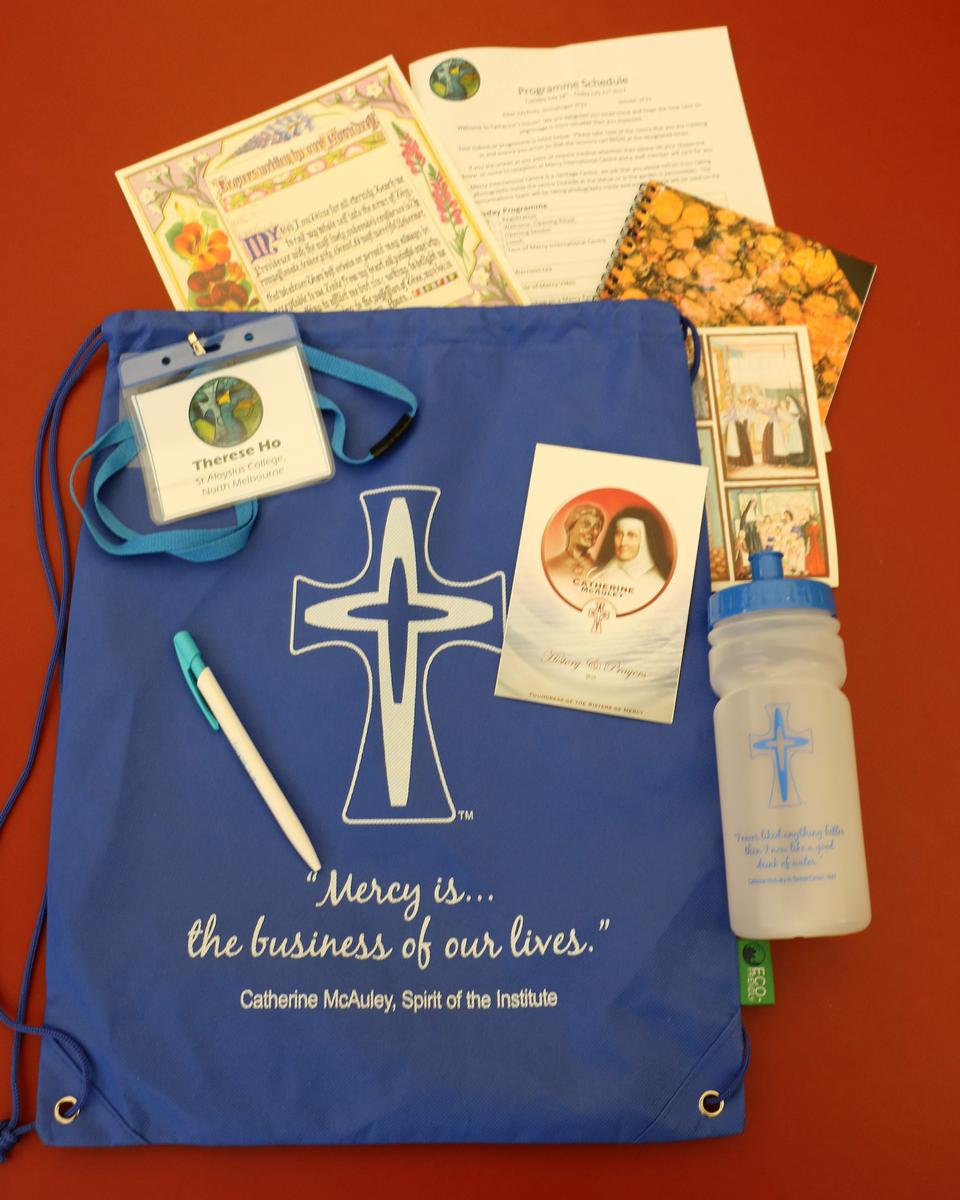 Most activities over the four days will be held at Mercy International Centre (MIC), with some workshops at the Mercy Centre next door in Herbert Street and other gatherings held in the hall at Catherine McAuley National School (Scoil Chaitríona), our neighbour at number 59 Baggot Street. The world's first Mercy school was located in what is now the International Room at MIC. It then moved to Herbert Street for a brief time before settling into its present location. 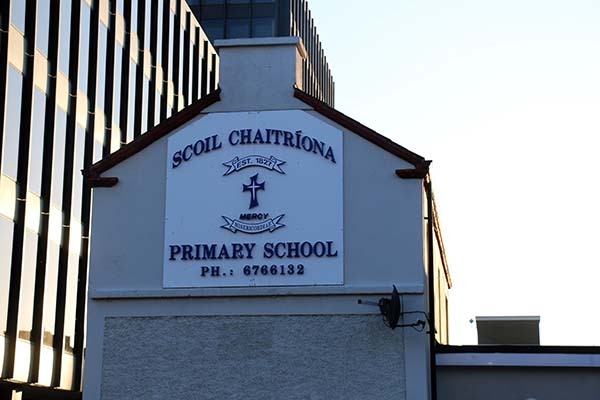 The pilgrims are from the United Kingdom, United States, Ireland, Belize and Australia. Between them, they represent 34 of our Mercy schools!

Registration completed, pilgrims had the opportunity to enjoy the Garden which is showing itself at its best!

At 10.30 the pilgrims gathered in the Chapel where they were welcomed by Mary Reynolds rsm, Executive Director of Mercy International Association. Sr Mary gave a many-faceted welcome to the pilgrims - to the founding house of Catherine McAuley, to the wellspring of Mercy and to the homecoming of their own inner spirit.

The Welcome was followed by an Opening Ritual. Download it here (PDF)

We look forward to more of the music they will lead us with this week.

Stones are a significant dimension of the landscape and heritage of Ireland. The pilgrims had been asked to bring a stone with them from a place of significance in their own story. Now they were invited to mark their stone in some way, suggestive of Ogham, a pre medieval alphabet used to write the old Irish language, and to use their stone in the building of a cairn. There are about 400 known ogham inscriptions on stone monuments around Ireland, with most of them dating to the 5th and 6th centuries.

Following the ritual, the pilgrims walked next door to the hall of Catherine McAuley National School where Trish Walsh rsm the Pilgrimage Facilitator led them in a series of ice-breaking activities before inviting them to form small groups to work out the guidelines for how they would be together as a large group this week. The pilgrims were also invited to share with the large group their hopes and dreams for the week. 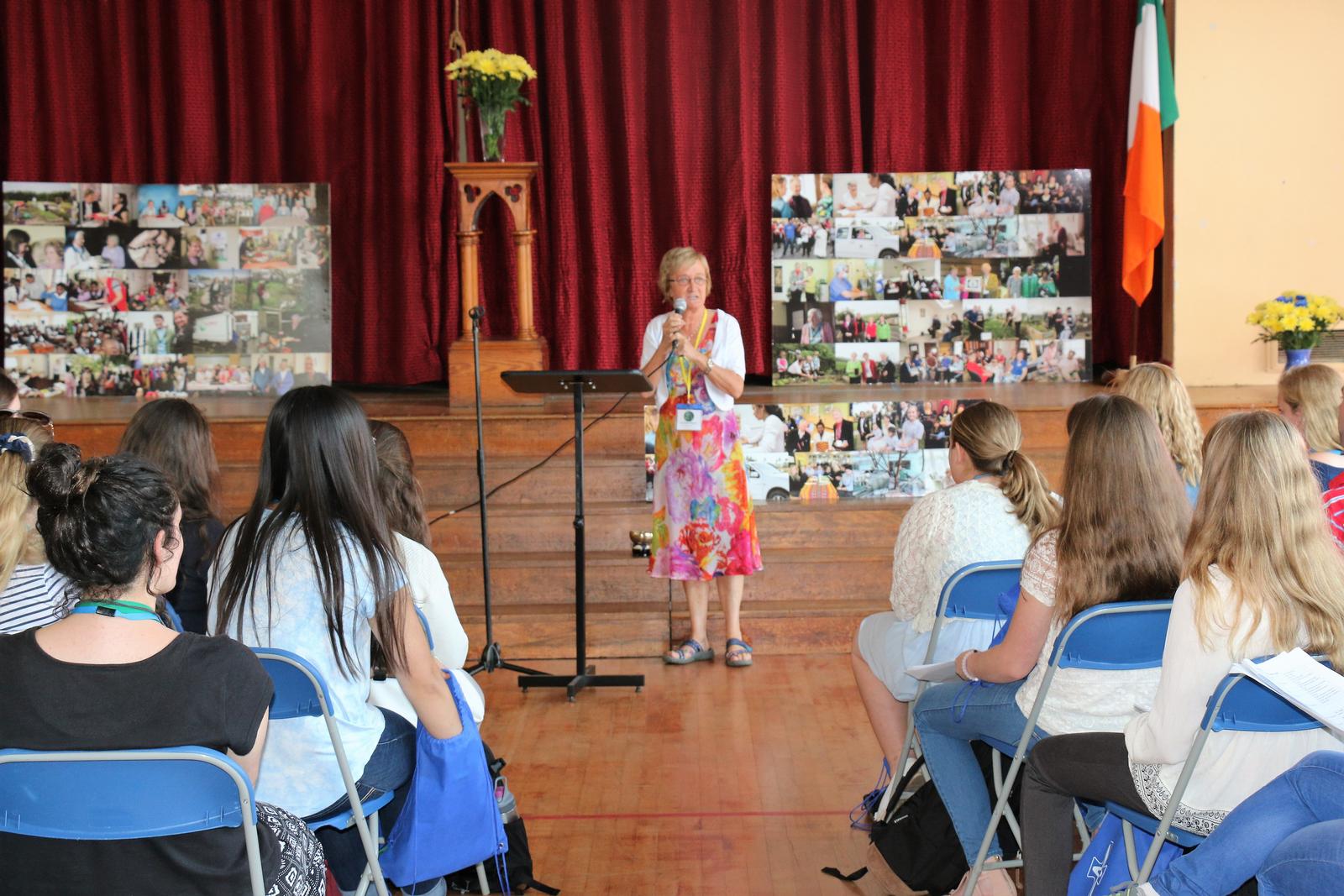 Trish Walsh rsm. Photos are from the MIA 20th Anniversary Photo Exhibition 'The Face of Mercy Today', part of the decorations in the school hall

Over the four days, all pilgrims will rotate through a number of workshops (more about the workshops tomorrow). They will remain in their assigned Workshop Group so today was an opportunity to meet the members of one's group, to introduce themselves and to begin to build connections.

This afternoon provided the opportunity for pilgrims to take a guided tour of the Centre in small groups and learn about the history, architecture, features and functions of MIC. Each student had a 'passport' - a foldout brochure with an image of each of the main spaces in the house. As students visited each of these spaces they collected a stamp.

This tour of Catherine's House, the first House of Mercy, is the perfect backdrop for walking in the footsteps of Catherine McAuley. Some pilgrims will do that tomorrow, the rest will do the walk on Thursday, visiting many of the landmarks of importance in the life of Catherine and the early Sisters of Mercy.

The Closing process took place in the school hall followed by a closing prayer in the Chapel: 'Be God's' by Danielle Rose 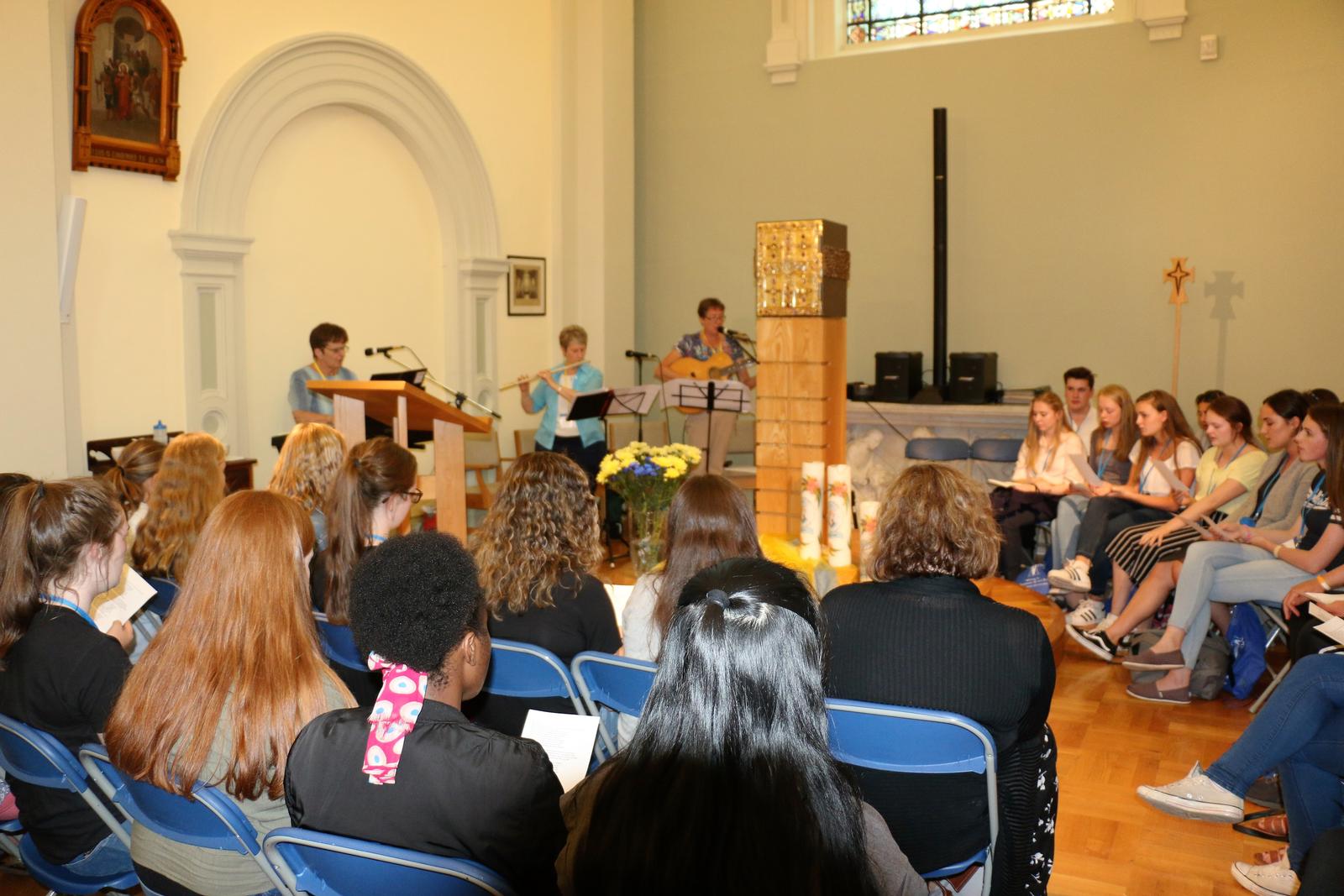 The day's programmme concluded at 6pm. It is a 'free' evening, an opportunity for school groups to explore Dublin.

It has been a very full and worthwhile day.

The programme runs until Friday night. You are invited to follow online the life and energy of these days with our daily updates on the mercyworld.org website, on Facebook @mercyinternationalassociation and @mercyleaders and on Twitter using the hashtags @mercyworldwide and #YML2017.