From Working Separately to Working Together – MIA Work-for-Justice #2

Around the same time that the Mercy International Justice Network (MIJN) decided to unify and focus its action on two key issues: a) all forms of violence against women and children; and b) racism in all its manifestations, it was agreed that MIA needed to refocus its vision. To facilitate this process they asked the question: ‘If you were to see Mercy International Centre as the wellspring of MIA, how would you re-vision MIA into the future?’ 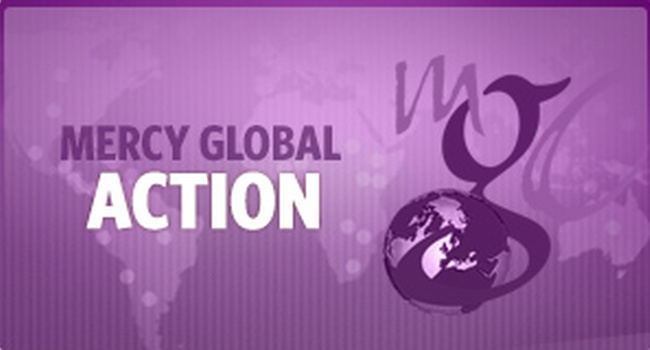 Part of the answer that emerged, envisioned that in addition to being a centre of rich heritage and hospitality, MIA / MIC would be a place to coordinate Mercy’s response to worldwide needs. To do this would necessitate integrating all MIA projects into the service of the vision. After much discussion this led to the decision to suspend the activities of MIJN in December 2007. This was necessary – though work for justice continued at local and national level – to see how things would unfold in respect of the integration exercise.

The new MIA structure was implemented in 2008, followed in 2009 by a visioning process, which set five strategic directions, including a specific one for Global Action (GA): “To develop a greater degree of specificity and understanding regarding Global Action.” It was decided to commission a feasibility study, to establish terms of reference for a structure to facilitate the work of GA within MIA. These terms included purpose, activities, responsibilities, roles, relationships, communication and accountability.

The results of the feasibility study, which was an in depth and wide ranging process that included interviewing leaders within and outside the Mercy world, revealed some important findings. Significant among these was the fact that there was little connection between the good work-for- justice being done at local level, with the equally good work being carried out at the United Nations (UN). To address this issue, would necessitate implementing a coordinated network across the Mercy world, to facilitate regular communication between the UN Mercy Desk and key people in the national Justice teams. The network established, needed to be integrally linked with those working on justice issues within the MIA Team.

Several recommendations arising out of the feasibility study highlighted the above process. Of particular interest here, is the one suggesting that the major activities of the MIA should be:
a) A co-ordination and animation role for sisters working in justice around the Congregations
b) Capacity building and education of the membership in order to bring a justice perspective to their Ministries
c) Direct lobbying to the UN and possibly the EU.
Underpinning the above was the identification of two distinct target groups for MIA work and interventions i.e. members and sisters in MIA; and the public, particularly decision makers.

In terms of what structures would best facilitate both the new communication links and the specific activities of Global Action within MIA, it was agreed that it should be ‘light’ to ensure it did not impose a lot of extra work. A Co-ordinator or Animator would facilitate the work of Global Action for MIA. The new structure also required the validation and endorsement of leadership at every level, so a member from the nine Congregational leadership teams responsible for justice, was nominated to work with the Global Co-ordinator. 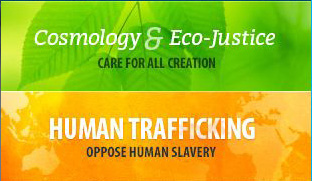 As recognised earlier, in order to achieve maximum effectiveness in the GA work for justice, priority areas needed to be identified. To this end Leaders submitted priority issues arising out of their Chapter statements, which led to the identification of the following themes:

Adopting the recommendation of the feasibility study, the themes were addressed incorporating the agreed ‘guiding principles’. These included an emphasis on both social justice for the vulnerable and the poor, and eco-justice for Earth; Mercy tradition with an emphasis on compassion; with all executed in the context of interconnectedness and partnership.

In March 2011, Mary Purcell was appointed the Assistant Director MIA, with responsibility for the Global Action programme, which led to the establishment of the Global Action Network (GAN) in May 2011. Aine O’Connor rsm commenced her role as the Coordinator for Mercy Global Action at the UN in New York, in June 2011. The invaluable assistance of Volunteers and Interns, particularly in the areas of research and administration, ensures implementation of the GA programme.

The MIA Justice Network developed to include a group of leader representatives from each Congregation and Institute, now known as: Members of Global Action (MGAN). Other working groups of the network include Cosmology and Eco-Justice, with 12 members; Opposing Trafficking, with 11 members; the Mining group, which has 15 members; and the Theological Reflection group, with 7 members, which brings an important reflective dimension to the work of Global Action.

The success of this new modus operandi is evident in what has been accomplished by the various groups to date. This includes the setting up of two micro sites on the MIA website for the key priorities; the development of common policy and advocacy positions from the respective working groups; the successful campaign by six Mercy Congregations to influence the UN Conference on Sustainable Development (Rio+20) in 2012; important research and advocacy work on Human Trafficking, enabling members of this working group to engage in effective lobbying in their respective countries; and the implementation of two anti-trafficking campaigns focused on child protection in the hospitality sector that is currently operative in two countries.

Another significant achievement is the work for justice centred on developing policy and advocacy strategies related to the extractive industry, which includes addressing the human and ecological abuses associated with different mining processes. In recent times this has focused on the controversial process known as fracking. This justice work is closely linked with the Mining Working Group at the UN, comprised of several key NGOs and currently convened by Aine. Our UN Desk is also engaged in supporting human rights defenders, exemplified by the intervention to the UN Special Rapporteur for Human Rights Defenders, in defence of those protesting against mining in Cajamarca, Peru.

Complementing the above is the organisation of study tours to Baggot St and the UN. Education, capacity building and sharing of national justice issues comprise the core elements of the visits. All of this is possible due to the dedicated, professional and compassionate heart for justice of each Sister, leader and co-worker engaged in sharing Catherine’s spirit, in a concrete way today!