The Congregation of the Sisters of Mercy in Ireland are guided by the vision and direction from their 2006 Chapter: 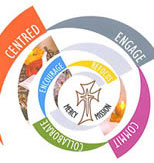 ‘Centred in the God of Mercy, we will engage with the questions and struggles of our time. Conscious of the interconnectedness of all life, refocus our Mercy Mission, committing our lives and resources to the alleviation of extreme poverty in all its forms, acting collaboratively at local and global level.’

Congregation of Sisters of Mercy Ireland (2006)

The Congregation see the key aspect of this vision reflected in their call to act collaboratively with others. Examples of this collaboration involve sisters helping to build houses with Haven in Haiti, raising funds for the Vincent de Paul and Samaritans in Ireland and supporting government projects in South Africa. The Mercy Sisters have chosen ‘no longer to be the movers and shakers, but rather to use whatever resources we have to help others with their mercy works.’ This paradigm shift will have implications for how they will define themselves into the future and is captured by the comment:

‘This consciousness of our inter-relatedness to all of life must form the backdrop for all that we choose to be. This has huge implications for how we use our resources and where we will put our time and energy.’

The following profile features an example of the Congregation of Sisters of Mercy living out their vision to impact the lives of people who are economically poor in Ethiopia.

The Sisters of Mercy in the Western Province Ireland decided, at their Provincial Chapter in 2007, to ‘commit ourselves to share generously. We will support and resource discerned ministry needs at Congregational, Provincial and Local levels. We will heighten our awareness that our lifestyle choices contribute to extreme poverty.’

Vita was established in Ireland in 1989 as Refugee Trust and renamed Vita in 2005 due to a new focus on Sustainable Livelihoods. Vita works through its own field offices in Eritrea and Ethiopia directly with communities and partners with funds donated by the Irish people, Irish Aid and the European Union. 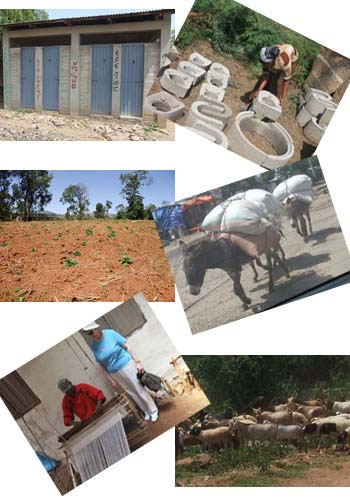 Vita’s development approach is ‘introducing innovation in community based sustainable livelihood development for households, through partnership with communities, local governments and other like-minded organisations.’

The launch of the Vita-Mercy Project took place in 2009. Sr. Elizabeth Manning, Provincial of the Sisters of Mercy, Western Province, speaking on behalf of the Province said she was delighted with this partnership and that it seemed to be a perfect match in terms of ideals and values. ‘Traditionally personnel were sent out to mission fields including the African countries, and while personnel are still the most valued resource, it is a financial resource which allows this kind of project to happen and is the resource that will now work for us when we are no longer able to go to such places. The domestic nature of the project is what appealed to Sisters when it was introduced at the regional meetings, because traditionally we were Sisters who went into peoples’ homes on visitation and tried to give a hand to women in particular, with education, healthcare etc… that is our strength and this is a story that touches our hearts.’ 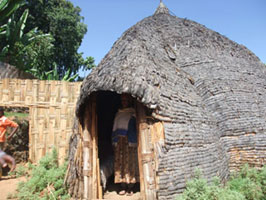 The area that this collaborative project will centre on, is an area called Chencha in Ethiopia, which is an extremely poverty stricken area. It has a climate very like Ireland and one is nearly ‘surprised’ by the deprivation in this beautiful place. Vita already has started programmes there. The inhabitants are very dependent on aid, and presently get aid from the Irish Government, World Vision in the USA and many other countries. But despite these handouts their lives are not getting any better; it has created a dependency with no improvement. Vita is engaged in the process of initiating ongoing programmes in Chencha that will help to make the population more self sufficient.