The Community Garden called Tearmann (safe area or sanctuary) was launched in August 2005 and has become a garden which is an ecologically friendly area with educational, practical and spiritual dimensions and which is also a local effort to protect our endangered planet – Mother Earth.

The planet’s biodiversity is the foundation of all life. From a human point of view our agriculture, forestry, fisheries and tourism sector depends on and is embedded in the biodiversity of Mother Earth. Our human societal services which we often take for granted such as clean water, productive soil and clean air cannot be without the myriad forms of life. We have a duty as citizens of this earth to pass on our natural heritage in good shape to future generations of all species.

Mary Carmody rsm, gives an account of her involvement with Tearmann and how it all came about. “In 2003 I got the opportunity of attending a course at the Genesis Farm in New Jersey, USA. The course was called Earth Literacy and ran for three months. During that course I became aware of the wonder of creation, but I also became aware of the destruction that is happening today on our planet”.

Earth Literacy programmes at Genesis Farm provide scientific understandings of the evolution of the Universe, Earth, life, and human consciousness as a single unfolding process. It states that an inadequate understanding of our place and purpose as humans in the natural order of things has brought us to the current reality that Earth is in a severe crisis. Industrialized societies are unraveling Earth’s fabric of life. This unraveling is not simply due to a failure of religious or moral values. It is, rather, our framework for thinking and action that must change. Seeing our context as a continuously developing Universe suggests a radically different understanding: Earth is a living planet and our human species is a single thread in a seamless garment of life.

When Mary returned to Ireland after her Earth Literacy course, she felt compelled to do something locally, (think globally. act locally), to raise awareness of the relationship between all expressions of life. She was then approached by the parish priest of Baltinglass, Co. Wicklow – Fr. Tommy Dillon, who told her that ‘there is an acre of land out there, if you want to do something with it” and so began Tearmann Community Garden and Wildlife Area.

Jim O’Toole explains how the garden began – “it started off here with just a bare field and gradually we developed it into what you see now. It’s completely organic.” Jim went on to describe how we use farmyard, chicken, the garden wormery and composters manures to enrich the soil. We are totally committed to keeping our garden organic. The garden has expanded in the last few years to include an orchard which is yielding apples, plums, gooseberries, raspberries and strawberries. He said that the produce is sold at a country market in Baltinglass, where people come in large numbers to buy fresh fruit, vegetables and eggs. In recent times we have included an area left totally for wildlife – Wonderfully Wild. 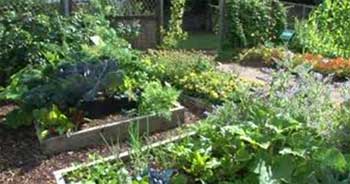 Tearmann is a Community Garden and aims to preserve a green space where all ages learn to unite with nature to produce good food locally. We endeavor to keep a balance between wild and cultivated life. All sections of the community are involved and play a vital role in the success of this garden. Schools are involved, both primary and secondary, both Catholic and Church of Ireland.

Mary Vernon describes the groups and says “we have the Cubs, the Beavers, an Active Retirement Group, Foroige, KARE, Naíonra, Adult V.E.C. Youth Group, Women’s Group all working together to a common goal”. She said that the local farmers –Pat Kearney, Martin Twyford, and Andy -as well as cultivating the soil and fertilizing it with farmyard manure are generous with sharing their expertise and are always willing to guide the community with their wisdom of the land. “We use and recycle all our garden waste to make compost so that we put back into the earth what we take – Earth is sustained by give and take”.

Mary Carmody describes her involvement in Tearmann from a Mercy Sister point of view. She said that “as Mercy Sisters we have an emphasis on interconnectedness – that life is one Unit and that my hope for the future, all our hopes is that this awareness will grow”. While all living beings continue to flourish in Tearmann, there is no reason to believe that this awareness will not also grow. 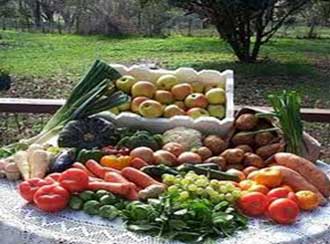 I believe the earth
Exists, and in each minion mote
Of its dust the holy glow of thy candle (Denise Levertov)