Global Action Lived Locally: A Case Study from the United States of America

As you are probably aware by now MIA Global Action is working on the two issues of Cosmology/Environment and Human Trafficking. At this time we are particularly interested in focusing on work of Mercy on these two particular themes. Next year when we have established working groups linking the work of Mercy Congregations, Institutes and Federations on these two issues we will move on to take up other themes of Mercy Ministry.

To-day in E News we are focusing on the work of Sisters of Mercy in the New York, Pennsylvania and Pacific West Community who have been working to support communities affected by hydrofracking which is causing massive environmental damage in the three states. In March/April 2011, the sisters and other environmental lobbyists collected signed letters at community meetings and mailed them to legislators to inform them of their opposition.

Although natural gas is a clean burning fuel, much natural gas is trapped in deeply buried shale rock formations, and can only be tapped with special drilling practices. Oil and gas companies are using a controversial method that involves blasting millions of gallons of chemically-treated water into the earth to extract gas from underground deposits. This process is putting the drinking water supplies for millions of Americans at risk. Extracting gas requires immense consumption of energy and water, and building the well structures causes degradation of air and water quality, stripping of forests and agricultural lands, increased noise and traffic, and wear on roads and bridges already poorly maintained. Thanks to a loophole in the Safe Drinking Water Act, oil and gas companies don’t have to report what chemicals they are shooting into the ground. These companies also get special treatment under the Clean Air Act – and now drilling areas in Wyoming have worse smog than Los Angeles!

Here are some facts about hydraulic fracturing from The Bay Ridge Journal in the U.S.A. on 1/1/11:

What can be done to restrict Hydrofracking? 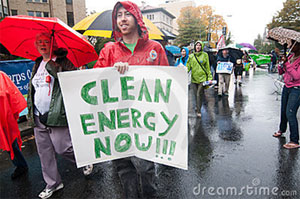 The oil and gas industries have spent millions to induce legislators to allow drilling wells. Pennsylvania already has many gas wells installed; New York has had a moratorium until the Department of Environmental Conservation can complete a study. The lure for legislators is the claim of the companies that they will provide more jobs for an area very hard hit by unemployment. In reality, many workers are brought in from elsewhere with the needed specific skills and experience. Another lure is the income landowners receive from gas leases.

As a result of campaigning by Environmental groups (including the Sisters of Mercy)
two bills have just been introduced in Congress which would eliminate oil and gas industry loopholes that put our clean water and air at risk.

The Fracturing Responsibility and Awareness of Chemicals (FRAC) Act would close oil and gas industry loopholes in the Safe Drinking Water Act and require disclosure of chemicals used during hydraulic fracturing.

The Bringing Reductions to Energy’s Airborne Toxic Health Effects (BREATHE) Act would eliminate an unfair loophole in the Clean Air Act for oil and gas companies.

Right now, many oil and gas wells fall squarely within a loophole in the Clean Air Act that means they don’t have to control their air pollution as carefully as larger industrial sources – even though the cumulative air pollution from all of these thousands of wells are far greater than individual ‘major sources.’

Readers in the USA can lobby their local Congress representatives to support these bills.