'As I walked out the door toward the gate that would lead to my freedom, I knew if I didn’t leave my bitterness and hatred behind, I’d still be in prison.' Nelson Mandela 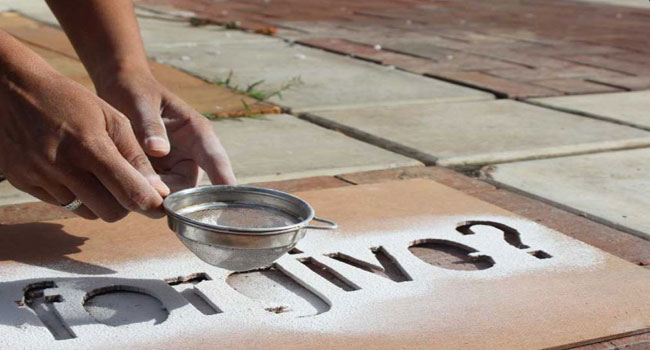 This is a special time for all of us associated with Catherine McAuley’s charism and the Mercy World as we are constantly being made aware of the mystery of God’s abundant mercy.

From the day he was elected, Pope Francis has spoken and written about mercy. The whole world has been touched by his living of mercy as he reaches out to those in greatest need. We all smiled when Pope Francis spoke of 'shepherds living with the smell of the sheep' but behind the earthy expression was the challenge to put out into the deep where bringing God’s healing and comfort to others is the priority. In declaring a Jubilee Year of Mercy, Pope Francis said that this Holy Year is 'the favourable time to heal wounds, a time not to be weary of meeting all those who are waiting to see and to touch with their hands the signs of the closeness of God, a time to offer everyone the way of forgiveness and reconciliation.' 1

We are all very familiar with the words of forgiveness in the Scriptures and we are just as familiar with the struggle that surrounds forgiving and being forgiven. And, because our world is not perfect and we are still becoming who we are destined to be, it is easy to be hurt and to go on hurting others. We have all experienced the downward spiral into resentment, anger and self-righteousness. Nursing hurts and injustices leads us into isolation, while forgiving allows one to create new relationships. Our families and communities are made up of people with weaknesses and we will have to learn to forgive not seven times but seventy times seven. Forgiveness is the foundation for harmony. It is the gateway to releasing life-giving energy and restoring wholeness. It is the lifeblood that binds us together as sisters and brothers.

Thich Nhat Hahn, the well known Buddhist monk, says that Jesus’ words 'Father, forgive them for they know not what they do” show us how to forgive. “This teaching helps us to know how to look at the person we consider to be the cause of our suffering. If we practise looking deeply into his situation and the causes of how he came to the way he is now, and if we visualize ourselves as being born in his condition, we may see that we could have become exactly like him. When we do that, compassion arises in us naturally, and we see that the other person is to be helped and not punished. In that moment our anger transforms itself into the energy of compassion. Suddenly, the one we have been calling our enemy becomes our brother or sister.' 2

What better example have we of forgiveness than the late Mr Nelson Mandela? As he stepped out of prison and into the sunlight, after having been subjected to every possible degradation for 27 years, he uttered the following words: 'As I walked out of the door toward the gate that would lead to my freedom, I knew that if I didn’t leave my bitterness and hatred behind, I’d still be in prison.' 3

Mandela’s release from prison in 1990 was both a highly anticipated and an enormously feared event. Many members of the white minority in South Africa were terrified of the kind of displacement and retribution that has historically followed revolutions and major changes in government. It was a miracle when, rather than calling for a revolution, Mandela preached reconciliation. He spoke of a Rainbow Nation and upheld the value of Ubuntu – we are human through the humanity of others. He effected reconciliation between oppressors and oppressed through forgiveness and by his own example he showed us how it could be done. On the national level, he was behind setting up the Truth and Reconciliation Commission to help heal the country and bring about a reconciliation of its people by uncovering the truth about human rights violations during the period of apartheid. At the personal level, Mandela invited his former prison guard, Paul Gregory, as a VIP guest to his presidential inauguration. In remembering Mr Mandela, Archbishop Tutu, his dear friend and fellow Nobel Peace Prize laureate, said, 'Madiba is going to be remembered as an icon of reconciliation and forgiveness.' He concluded his tribute by saying, 'Our world is a better place for having had a Nelson Mandela....' 4

As we grow in our awareness of the interdependence of all of life and how interconnectedness is core to our existence, Archbishop Tutu’s tribute is very significant and reminds us that personal decisions and attitudes can have global effects. We do not exist in isolation. This was well understood by Etty Hillesum. Etty was just 29 years old when she died in the camp at Auschwitz in November 1943. Her diary, which is published in a book titled “The Interrupted Life” gives us a window into her courageous story and how she discovered God within her and how, despite all that was happening to her and to her people, she refused to hate. When questioning the causes of war, Etty, who held a law degree, responds with: 'Perhaps because now and then I might be inclined to snap at my neighbour. Because I and my neighbour and everyone else do not have enough love... Yet there is love bound up inside us, and if we could release it into the world, a little each day, we would be fighting war and everything else that comes with it.' 5

The journey inward for Etty was not an escape from suffering. It prepared her to embrace life and death with gentleness and compassion and bring peace and comfort to those with whom she was imprisoned. Her refusal to hate and her heroic forgiveness of her oppressors enabled her to be an oasis of peace in a place of desperation and misery. For she reminds us, 'Ultimately, we have just one moral duty: to reclaim large areas of peace in ourselves – more and more peace – and to reflect it towards others. And the more peace there is in us the more peace will also be in our troubled world.' 6

One of Pope Francis’ expectations for the Year of Consecrated Life is that the spirituality of communion will become a reality. While offering the ideal of the "mystique of living together”, Pope Francis is also very realistic when he reminds us that gossip, criticism and jealousy should not be part of our lives. A broken, divided world cries out for the witness and harmony of communion, and forgiveness is at the heart of this grace. In January 1839, Catherine McAuley was able to write to Elizabeth Moore, 'One thing is remarkable – that no breach of charity ever occurred amongst us. The sun never, I believe, went down on our anger.' Wouldn’t it be wonderful if we could read the same about ourselves in the next edition of Mercy E-News?

1. Pope Francis, Homily for Divine Mercy Vespers, 11 April 2015.
2. Widely quoted but no authentic source for this attribution has yet been found. According to some sources, this quote was written by Mandela after being freed in 1990 from 27 years imprisonment.
3. Thich Nhat Hanh, Living Buddha, Living Christ, New York: Riverhead, 1995.
4. Archbishop Desmond Tutu, Channel 4 News South Africa, 5 December 2013
5. Etty Hillesum, An Interrupted Life the Diaries,1941-1943 and Letters from Westerbork, New York: Picador, 1996, p116.
6. Ibid, p267.

Prayer Service One. Theme: Have mercy on us, O Gracious One according to your steadfast love Ps 51 (Nan Merrill)

Prayer Service Two. Theme: Praise the Blessed One! ...For through love all was created Ps 148 (Nan Merrill)

Resources for your Further Reflection on the theme of Forgiveness 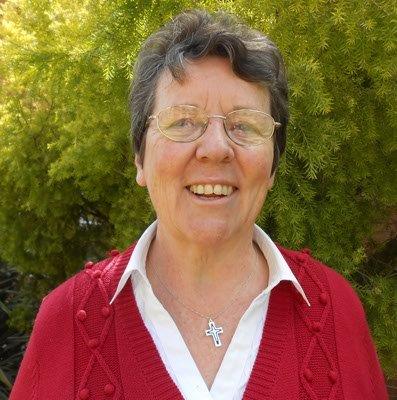 Presently Kathy is the Provincial Leader of the South African Province. She is an executive member of the Leadership Conference of Consecrated Life.