Greetings for St Patrick's Day to all Sisters of Mercy and the extended Mercy Family. 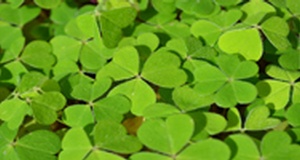 On this St. Patrick’s Day, we send greetings to Irish Sisters of Mercy, Associates, Partners-in-ministry and Friends of Mercy all over the world and to all Sisters of Mercy and the extended Mercy Family, who can claim Celtic roots through our foundress, Catherine McAuley.

Mary George O’Toole rsm served as the grand marshal, and the Sisters of Mercy had a float in the parade featuring a Sister from Ireland who played the part of Catherine McAuley and a Sister who took on the role of Mother Frances Warde. Other Sisters as well as students from Catherine McAuley High School also appeared on the float. Read more here

The Colosseum in Rome, Sacré-Cœur in Paris and the Grand Ole Opry in Nashville will go green for the first time on St Patrick’s Day 2015.

“The Embassy Network, in cooperation with Tourism Ireland, has worked hard to secure these Global Greenings.

The greening of iconic sites is also symbolic of the great friendship that exists between Ireland and so many countries around the world. It presents us with an invaluable opportunity to deepen existing friendships, strengthen awareness of Ireland and our rich heritage, and forge new ties.”