With the publication date of this highly anticipated document now due(18 June), here are six useful recently published contextual resources: 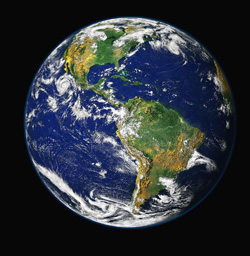 *Catholic News Service (CNS): Catholicism and the challenge of ecology (published 2 June). 'Experts reflect on the history and significance of the church's role in promoting the stewardship of creation'. Watch it here (17.55)

*Independent Catholic News is doing a 'Countdown to the Environment Encyclical'. Today's post will be No. 8. You will find links to these posts here on our website as they are published.

In the lead up to the publishing of Pope Francis' encyclical on the environment 'Laudato Si' (Praised Be) on 18 June, Independent Catholic News (ICN) is publishing 10 articles by Catholic writer and journalist Ellen Teague. For ease of access, we will provide links below to each of these articles as they are published:

8 June: Countdown to the Environment Encyclical: 10. Why the encyclical matters

'An old man in the city of Kaduna in Northern Nigeria pointed to a barren, sun-baked plain and said: "When I was young there was a forest out there and if we were hungry we could just pick fruit of the trees or hunt wildlife, which was plentiful". It was 1981 and Baba Kofi lived in the same compound as my husband and I. "Yes, the older missionaries say they have seen the Sahara creep southwards at the rate of a few miles a year" added the Missionary of Africa priest visiting us. I remembered this conversation four years later when I worked for CAFOD, and we were looking at the causes of the 1984 Ethiopian famine... Read the rest of the article here

8 June: Countdown to the Environment Encyclical: 9. Reading signs of the times

'Pope Francis's forthcoming environment encyclical will be the first dedicated to ecological and planetary problems. However, his focus is not new in the Catholic world. The mission by some bishops' conferences and agencies to care for Creation has been growing since the 1980s, particularly after discerning what Populorum Progressio called in 1967 "the signs of the times"...' Read the rest of the article here

9 June: Countdown to the Environment Encyclical: 8. Stability of Earth

'Whenever I used to hear St Patrick's Breastplate read or sung, that line about 'Stability of Earth' stood out for me. Why is it in there? Surely this is something we can take for granted, I thought.

But I've had a little niggle since childhood - it has to do with the last Ice Age. I was in a Geography lesson at my school in Hammersmith and our ever-creative Sacred Heart Sister and Geography teacher, Mother Patterson, handed out a map of Britain and told us to draw a line East to West north of London. We then had to colour everything north of that line blue. Apparently, an ice sheet between 20 feet and three miles thick stopped at this line during the last Ice Age of 11,500 years ago. Nobody could live north of it until the ice sheet melted. It's been at the back of my mind ever since that our environment is actually ever-changing, but if the change happens slowly we can adapt.

Yet, what happens if the change is sudden and dramatic? Is Stability of Earth an issue today?...' Read the rest of the article here

'Who can remember the great Indian ecologist Vandana Shiva speaking at the 2010 annual conference of the National Justice and Peace Network (NJPN) on 'Food'? A packed hall of 400 people from Catholic dioceses and agencies in Britain heard her explain that rather than seeing nature as having integrity of its own, the corporate world tends to view nature as a source of raw materials to be acquired and patented. In her books - such as 'Biopiracy - the Plunder of Nature and Knowledge' and 'Water Wars: Privatisation, Pollution and Profit' - she had warned that when profit and greed are the sole motivators for business activity then the value of the environment will be seen only in monetary terms...' Read the rest of the article here

'Live simply that others may simply live'. This saying was the first thing to strike me when I and a second Livesimply assessor visited St John Bosco Church in Woodley in August 2012 to consider the parish for the Livesimply parish award. It's a strong Christian message but you don't often see it presented starkly in front of a congregation. Here, it was written in large letters behind the main altar of the church, which is near Reading in Portsmouth Diocese... Read the rest of the article here

13 June: Countdown to the Environment Encyclical: 5. Laudato Sii - a call for all Christians

'We are sure now, the title of the new environment encyclical is 'Laudato Sii'! This is the introductory phrase in Italian to eight verses of St Francis of Assisi's famous prayer thanking God for the gifts of creation. "Praised be you, my Lord, with all your creatures, especially Sir Brother Sun, who is the day, and through whom you give us light," one of the first lines says. The prayer also praises God for the gifts of "Sister Moon," "Brother Wind," "Sister Water," "Brother Fire" and "Sister Mother Earth." I'll be reaching for my guitar in the weeks ahead to sing, 'Laudato Sii, o mi Signore'!...' Read the rest of the article here

'At a preparation meeting for the new Encyclical in Rome two weeks ago, there was a call for more formation on creation-centred theology. I know that even by using that term hackles are going to be raised in some Catholic quarters! Well what is creation-centred theology? Does it mean that mainstream 'personal relationship with God' theology is no longer important? And what is the connection with liberation theology? I remember at primary school back in the 1960s being given a sheet of white paper and asked to draw my soul. The class copied the illustration off the board...' Read the rest of the article here

15 June: Countdown to the Environment Encyclical: 3. Hearing the Call of Creation in England and Wales

'Have you heard of 'The Call of Creation: God's Invitation and the Human Response'? It was a booklet produced in 2002 by the International Department of the Catholic Bishops' Conference of England and Wales (CBCEW) on the eve of the Johannesburg environment summit. I'll pay tribute here to Sr Denise Calder RSCJ, who died earlier this year. She worked for the Department at the time and pushed for the document to be produced, liaising with Barbara Wood, an active Catholic in a West London parish and the daughter of Fritz Schumacher. Several years later, CAFOD's campaign produced liturgy ...' Read the rest of the article here

16 June: Countdown to the Environment Encyclical: 2. The Climate Coalition

'Today, it is expected that at least 10,000 people will gather at Westminster to lobby their new MPs on Climate Change. The strength of support for the lobby from the Christian churches will be seen at two packed out simultaneous services in advance of the lobby where Bishop John Sherrington, auxiliary in Westminster, and Bishop Pat Lynch of Southwark will be doing readings. Then people will meet their MPs both inside Parliament and outside - on both sides of the river between Westminster Bridge and Lambeth Bridge. Stalls and workshops will be happening the whole time...' Read the rest of the article here

'Well the big day is here. Laudato Sii is to be launched in Rome later this morning at 10am our time. One term that will almost certainly appear in it is 'ecological conversion'. 'Ecological Conversion' was a term first coined by Pope John Paul II in 2001. He called Catholics to an ecological conversion in response to scientific information that the Earth was experiencing a global environmental crisis. He identified a spiritual and moral crisis of alienation from the natural world...' Read the rest of the article here