Farmworker ministry was established in 1976 at the request of the farmworker.

In 1976 Mexican farmworkers were relatively new to Polk County. The farmworkers were working hard to organize a union in California (United Farm Workers) and the Florida farmworkers were hoping to do the same here. Coca Cola Company in Florida signed a contract with the workers under the UFW. The workers saw the need to have a community based organization to assist in organizing and managing life in the United States. 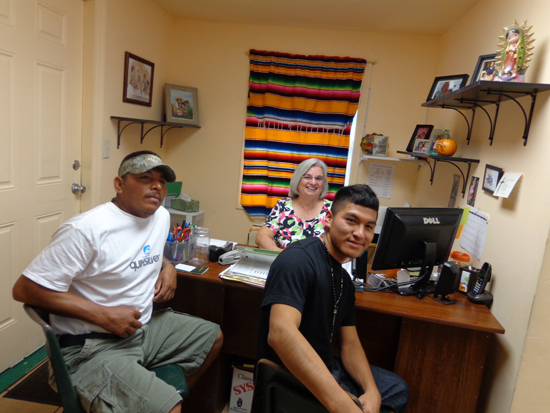 Farmworker Ministry was established to serve the migrant community in all aspects of life. Committees were formed by the workers. A major need was decent living conditions. The housing committee was formed. The members of the committee raise money to give an interest free loan to a member family. In the early years the family bought a used mobile home now they use the loan for a down payment on a house. The interest paid is working to raise money in car washes, selling Mexican food in local churches, etc. as the actual loan is paid monthly.

Another committee is Mujeres Valientes (Valiant Women). This committee is to give the women an opportunity to gather for mutual support. This committee started to organize doctors and attorneys willing to give service pro bono, at a reduced rate and/or possibly payments. The committee also researched the county services that are available to the community. This committee evolved over the years and has provided many educational opportunities for the women to learn their rights, uplifting self-esteem, personal health, and child rearing to mention a few.

In 1984 I was looking for a new ministry. I had been in Panama, Central America for a year, (last six months of novitiate and six months after first vows). When I returned from Panama in 1977 I stopped to visit in Florida and was struck by the impoverished conditions of the farmworkers. I had also seen the farmworkers in Long Island, New York and in farms north of New York City. My desire has always been to live among the impoverished and to be of service to them. Spanish is my first language and it made sense to me to be among those who are Spanish speaking. In September of 1984 I came to Florida and I have been here since. 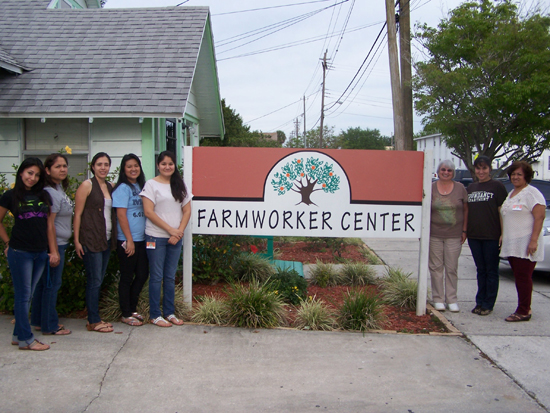 In 1986 when Immigration Reform and Control Act (IRCA) was signed I joined with the other community based organizations in the state to prepare to serve the farmworker community. Those who were able to adjust status in those early years have continued the process by petitioning family members. Many of those who adjusted through IRCA have become U.S. citizens. I have since become Board of Immigration Appeals accredited further allowing me to serve the farmworker community in the process of uniting families separated by our failed immigration law.

I have been in Florida with the migrant farmworkers since 1984. The people are who sustain me. Their faith and loving care gives me the energy to wake up to each new day knowing that I am where I need to be. Besides the long days at the office there is time to be with the people when they are celebrating. They are family to me as I am to them. The families take the relationship of godmother seriously and I’m fortunate to be godmother to many of the children some now parents themselves. It is with this community that I continue to know the depths of God.

On 10 June Sr Alicia joined a group of more than 100 immigration advocates from across the US to call on House Republicans to move immigration reform to a vote. Read the report of that advocacy effort here