'Journeying to new life': Join Us on Our Year of Mercy Pilgrimage

The Western Province of The Congregation will host a pilgrimage to St Mel’s Cathedral, Longford, Ireland to mark the Year of Mercy. This pilgrimage takes place on Saturday afternoon 6th August  from 3.00- 5.30 p.m.  It will be conducted by Deirdre McKenna rsm and Peter McVerry sj. 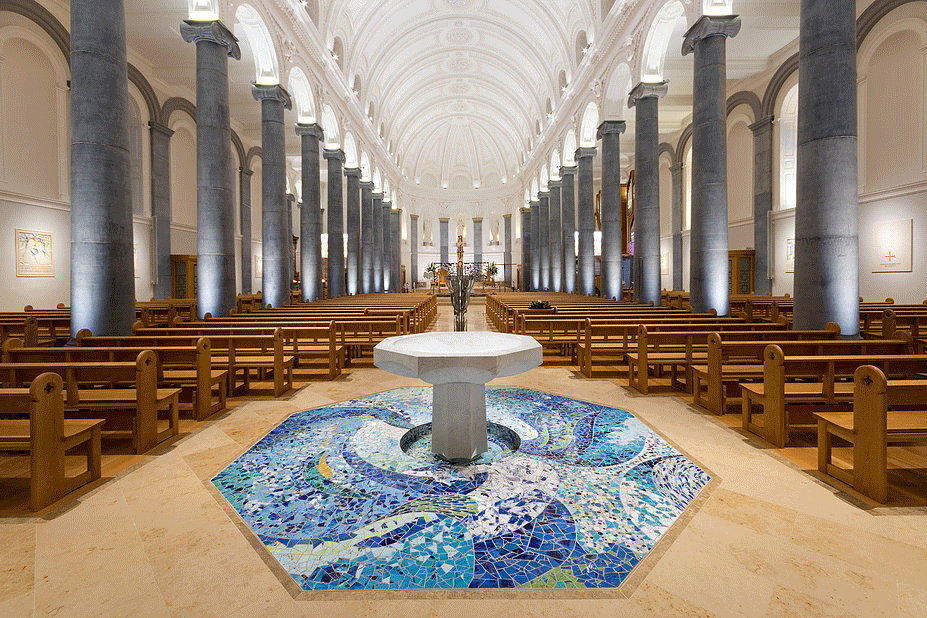 The pilgrimage is open to people from anywhere in Ireland, or beyond, should you be able to join us.  All are Welcome. Please spread the word to anyone you know who might be interested.

The practice of pilgrimage has a special place in this Jubilee Year of Mercy because it represents the journey each of us makes in this life. It is also a journey to the heart where hurts are healed, burdens lifted, and we are changed by an out-pouring of mercy and compassion. People have always journeyed to holy places and sacred sites seeking God’s grace, peace and reconciliation.

The congregational purposes of pilgrimages for the Extraordinary Jubilee year of Mercy are three-fold:

The story of the rebirth and rising of St Mel’s Cathedral from rubble and ashes has a particular significance for us in this Jubilee Year of Mercy. It reminds us of God’s faithful and transforming love. It will be an opportunity to place all our burdens in the hands of God who consoles, comforts and instils hope.

Thanks to the work of Longford native Ciaran Mullooly most people in Ireland are familiar with the story of the devastating fire that ripped through and gutted the historic Cathedral on Christmas morning 2009. This fire took place at a time when morale in the Church in Ireland was probably at its very lowest. It was a relief to discover that the fire was accidental. As the blaze licked the walls and the black smoke billowed through the empty roof space the scene was in sharp contrast to the glistening, snow-covered surroundings. None of the devastated parishioners who were kept at a distance by the safety officers thought that they would ever enter the building again. Very little survived. The massive pillars cracked and crumbled, brass fittings melted and marble was changed into a sugar like substance. In the museum many ancient and priceless artefacts were destroyed.

Like most difficult situations there were two options: put a fence around the ruins and leave nature to take its course or have a vision and follow it. Thankfully, Bishop Colm O’Reilly had a vision for the ruins and we are now able to celebrate the rising of the cathedral from its ashes. Interestingly the people of Longford did not realize how much the cathedral meant to them until they looked at the barriers that kept them at a distance.

The temperature in the cathedral during the fire was estimated to be in the region of 1000 0C. In spite of this a few significant items survived. Close to the sacristy where the fire began a large oil canvas of the Holy Family survived and was just blackened by the smoke. Many pilgrims visit this painting and regard its survival as miraculous. Four statues survived with some damage - but restorable: the statue of Our Lady, the statue of the Sacred Heart, the statue of St Mel – the patron of the cathedral and a wooden statue of St Therese of Liseaux. All other statues, mostly of men saints, became rubble. One cannot help reflecting on the significance of the remaining statues – is it saying something to us about the church of the future?

A  documentary 'The Longford Phoenix' charting the rebuilding of St Mel's Cathedral presented by Ciarán Mullooly and Birthe Tonseth has been archived on RTE One. It can be viewed here (0:51:56)

As you enter the cathedral through the main door, on the day of pilgrimage, you will pass under the only part of the cathedral that survived the fire – the bell tower and porch. Neither of them were in fact part of the original 1840s cathedral. As you stand in the porch look to your right and your will see large photographs of the interior of the building in the weeks following the fire. This will give you an idea of the psychological barriers that had to be overcome and the enormity of the task that faced the restorers. When you go through the Holy Door you will be surprised and delighted at the magnificence of the restored interior.

St Mel’s was chosen for the Western Province pilgrimage because of the relevance of its story to our lives as Sisters of Mercy and indeed to the lives of many people. It is now restored and renewed and ready to serve the people of God into the future.

The newly and uniquely restored St Mel’s Cathedral with its new liturgical layout is a symbol representing and marking a new phase in the spiritual life in the 21st century. A house of prayer and worship fit for the Risen and glorified Lord and a home for Pobal Dé.

Let us allow God to fill our hearts with his infinite love and mercy, peace and joy as we set out on pilgrimage in whatever way is possible for each one of us and may we be blessed in the words of the poem The Door of Mercy by Mary Wickham rsm

The pilgrimage will be livestreamed ensuring that those who can't be present at St Mel's can join with us from home for prayer and reflection.