June Brings Us All More Opportunities for Action for the Environment 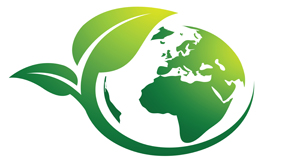 Information, resources, sign- up opportunities and invitations to join in conversations on social media can all be found on the event websites.

On Thursday, 9 June CCC is offering a webinar Climate Change's Canaries: Oceans and Vulnerable Populations with representatives including Wendy Flannery rsm ( Brisbane Congregation), convener of Climate Frontlines at Friends of the Earth Australia {Brisbane} and member of Earth Matters. Information and enrolment here.

GGCM is organising webinars as part of its Laudato Si' Online Conference with representatives including Bishop Sanchez Sorondo from the Pontifical Academy of Sciences and Jeffrey Sachs from the Earth Institute at Columbia. Register here for further information

SDSN Spain has recently translated the mini-MOOC 'Laudato Si. A study on the encyclical' into Spanish. This course (at no charge) was originally launched by SDSNedu in 2015 and will be available with Spanish subtitles from today, June 1, 2016. The trailer of the MOOC (v3; 01:51), narrated by Bono, was screened during the event. The final version of the trailer, also useful for a reflection is here, below (02:36)

Tierra Sagrada (Sacred Earth, Sacred Trust) is the name of a worldwide, multi-faith day of prayer & action for the planet on 12 June and a call for world leaders to commit to a 1.5 degree limit on global temperature rise.

12 June marks six months after the Paris Climate Agreement and joins in the celebration of International Environment Day (June 5) and the first anniversary of the publication of Pope Francis' Encyclical "Laudato Si'" (June 18).