Reflections on the significance of Laudato Si' from Margaret Twomey rsm (The Congregation) and Patricia Powell rsm (ISMAPNG). 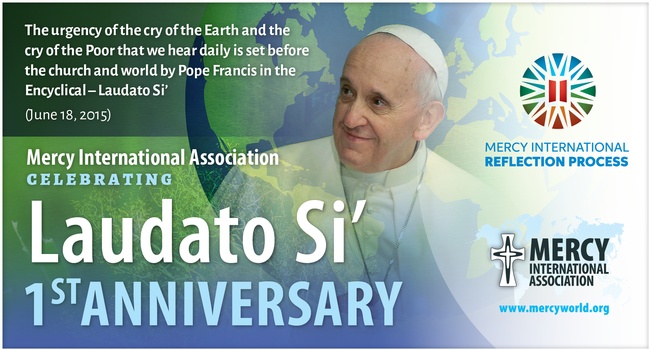 'It is now a year since the publication of one of the most important documents ever to have emerged from the Vatican. Laudato Si'has impacted on people from all parts of the globe, on believer and non-believer alike. Pope Francis and environmental issues are now often referred to in the same sentence, and strong connections have been made between the last December’s Paris agreement on climate change and Laudato Si'.

In the document the pope has drawn on some of the most up-to-date science in support of his arguments. He has also offered strong criticisms of the dominant economic and political models, pointing out how they have resulted in a world marked by the twin injustices of planetary devastation and human poverty.

Yet to my mind the hallmark of Laudato Si' is its lyrical and spiritual tone making it a deeply personal document. It invites us to deepen and broaden our sense of the divine in all of creation. ‘Soil, water, mountains: everything is, as it were, a caress of God’ [#84]. We are each invited to reflect deeply on the sacredness inherent in everything single thing. And from this stance we can take on board the many concerns of our Common Home—a home shared by a myriad of diverse life-forms...' 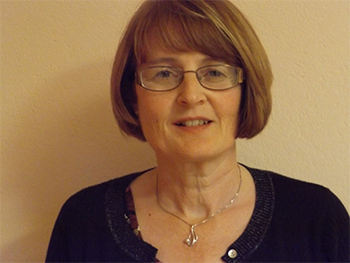 Margaret Twomey is a member of the Southern Province of the Congregation of the Sisters of Mercy in Ireland. She is currently living in Clonakilty in West Cork and involved in local leadership in a cluster of houses in the area.

Margaret has been researching into the relationship between cosmology/ecology and spirituality/theology for a number of years now, being particularly interested in how wisdom from deep in our religious traditions have much to offer in responding to the ecological crisis

'…in both urban and rural settings, it is helpful to set aside some places which can be preserved and protected from constant changes brought by human intervention.”'(L.S. #151)
It’s already twelve months since the publication of Pope Francis’ Encyclical On Care for Our Common Home Laudato Si’. For Rahamim Ecology Centre, it came over our horizon like the rising sun. And like the planet that rolls towards the sun at sunrise, we ran to embrace it with open arms! For us, it was an affirmation of the ecological learning ministry here, and a mandate for future development. This was no mere cautious support for “stewardship of the planet” or “sustainable living”. It was a bold statement coming out of the appreciation of a new cosmology or understanding of reality based on contemporary scientific discovery. It was a document which did not fear to name unpalatable issues and attribute responsibility, but which also inspired hope. It was a call to ecological conversion writ large.

“We need only take a frank look at the facts to see that our common home is falling into serious disrepair…the present world system is certainly unsustainable from a number of points of view. Hope would have us recognise that there is always a way out….that we can always do something to solve our problems” (L.S. #61)...'' 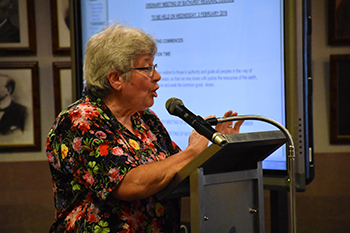 Patricia Powell is an Australian Sister of Mercy and a founding member of Rahamim Ecology Centre in Bathurst NSW.

Ever since she “discovered” the Universe in the 1990’s and simultaneously “awakened” to the human induced degradation of planet Earth, Patricia has been committed to environmental learning and ecological conversion, grounded in a cosmology that recognises the interconnectedness of all creation.