Leadership is Resourcing for the Future: in Conversation with Mary Waskowiak rsm

Editor: On Saturday evening, 22 February, following Sr Mary Waskowiak’s presentation to the Sisters of Mercy gathered in Ballarat, Victoria, Australia, a follow-up conversation took place in the Convent at Nicholson Street, Fitzroy, the first Mercy foundation in Victoria (1857) and where Sr Mary was staying while in Melbourne.

Our conversation began on the topic of leadership. I was keen to find out from Sr Mary after her many years in regional and Institute leadership 1 just what is at the heart of leadership for her and what are the lessons of leadership she wants to pass on to younger members of the Sisters of Mercy.

Following are excerpts from the transcript of our conversation 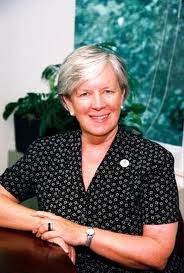 ‘Leadership development,’ says Mary, ‘is preparing people for the future… a clear need.’
Leadership development is for both ministry and for community. While aware that there’s an interest in leadership development in Mercy ministries around the world and recognising the importance of educating lay colleagues for their roles, Mary is quite clear - ‘I do not want our own women [Sisters of Mercy] to become invisible. And someday we might be a single Mercy group and who will the leaders be? And will they know each other and will they have talked to each other? And they’ll be from all parts of the globe. We need to start a Mercy world leadership programme now. How do we do that and invite our Mercy women from all around the world? I think it’s possible. And I’m there’.

Catherine McAuley was middle aged [52] when she founded the Sisters of Mercy, pointed out Sr Mary, ‘but she called on younger women and their gifts’; women such as Frances Warde who was 33 when with her six companions she established in Pittsburgh, Pennsylvania the first foundation of the Sisters of Mercy in the United States. ‘Today, the median age of Sisters of Mercy throughout the world is 76. There are lots of gifts and richness in that, but younger Mercy women can become invisible as they are now so few. We need them to put themselves forward; we need to get to know them.’

For three years in a row the Sisters of Mercy in America held leadership programmes for their younger members with 103 Sisters experiencing a programme that was multi-dimensional. ‘And some of it is bearing fruit. Not just with election to leadership but with women who have more confidence about who they are.’
Sr Mary went on to discuss the importance of mentoring, sharing from her own recent experiences, such as her participation, by invitation, in a ‘virtual hub of community and ministry’ with some younger members of the Institute who were participants in the first leadership development programme and who have organised a programme of topics for discussion and sharing for this ‘hub’.

Mentoring enables younger members (younger in years, younger in experience) to benefit from the skills, experience, knowledge and confidence of older members and members who have been in leadership.
‘I’ve talked with Sisters who, at times, have said, “I do not know anyone younger than you – and I’m 65!”’
‘How do we invite younger members forward [into leadership]? If we don’t know each other, how do we mentor each other?’

‘Younger members are not the be all and end all, but younger members are benefitting by mentorship from older members. I’m mentoring 5 Sisters now, both Mercies and women in leadership roles in other congregations.’
‘How do we each use our giftedness in interconnected ways? How do more experienced members say: “I’m willing to talk to younger members in ministry. I’m willing to lend a hand towards shaping you and your skills towards leadership - in ministry, in Mercy, or even in shaping you to be a woman of confidence.”’
‘I’m passionate about that.’

On the Future
I asked Sr Mary about her thoughts on the future shape of Mercy. Does she have any insights?

‘I pray for our future. I don’t know what it will look like. I don’t know if it will be: vowed, associates, non-vowed people. I want to stay alert to what God’s doing and I don’t know what it is. And I know that means it’s not the time to know. And I also pray to be alert to recognising when someone is saying it. Because it might not come from me. It doesn’t have to. If I can be alert to say [to someone] “That’s it, I think that’s it. Can we begin to talk that way?”’

‘What is it that is going to break open? My hunch is it will break open more quietly than wildly. Resurrection was not chaotic, [it] just happened. It did take women to notice. It took familiarity. That’s why I believe in a connection to God. If we’re not familiar with God and the ways of God, we might miss it. And I think for people like me, if I’m not quiet, I’ll miss it. I think it takes suffering and vulnerability because it’s not about me, it’s not about us, it’s about God’s work. And I think sometimes we only get silenced into listening by suffering. And it’s not suffering in the bad sense, it’s suffering for the sake of something opening…’

‘My image is of a chick trying to break out of an egg, which is charming to see, but what must that be like on the inside, trying to get out? And is that something we [Sisters of Mercy] are beginning to peck our way out of, as a group? It’s like the gold rush happened in California at the same time as happening in Ballarat where I was today. Things happen around the globe. There is an amazing synchronicity in life.‘

‘So how do we pay attention and be willing to risk talking about it or acting on it because it could likely be a failure. But what have we learned and are we willing to be risky or vulnerable publicly? I hope we would do that.'

‘So, what’s the new birthing of Mercy?’

On Everybody Matters
Talking about books worth reading 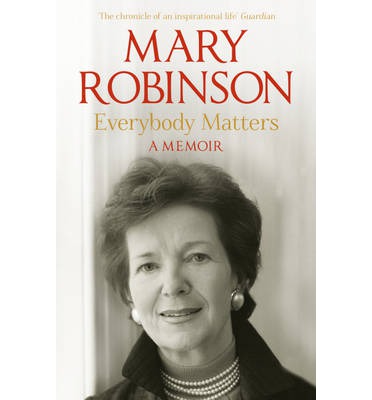 ‘I love Mary Robinson. You know, you read Mary Robinson’s journey. She was a great President [of Ireland] but at the UN she was looked upon as being just a little too bold at times. She had to adjust. So it’s not about any one of us having the right answer …but in all of [her experiences] Mary could still say “Everybody Matters”’

If Catherine McAuley and Pope Francis sat down to have a conversation where would Catherine lead it?

‘Catherine McAuley would say “Everybody matters”. Probably Pope Francis would say the same.’
‘Mary (Robinson), Catherine and  Pope Francis would say, “It is the invisible people that need to matter more”’.
‘I think that’s why I’m interested in our younger people not to be by themselves. Not to be a think tank by themselves but to be invited forward with the support of the rest of us. Support being listening, caring, mentoring.'

‘It’s about listening with alertness. So with alertness, how do you recognise God? Some people would say it is the feather on the windshield (referring to what had been experienced on the drive back to Melbourne when a feather gently floated onto the windscreen of the car, in front of her). It’s the feather on the breath of God, it’s that light, or maybe it’s the thunderbolt!'

On Communication
‘It’s the things that we don’t talk about that become obstacles. How do you move energy? By talking about hard things, things that reveal our vulnerability. That’s happening to women religious for sure.

On Self-care
‘How do we ask for the ability, the capacity to recognise what is happening? We are whole human beings. We must live in ways that are caring of self – our physical health, spirituality, general well-being, emotional health, relationships… I believe in wholistic living, in self- awareness, in praying to stay alert.
‘The world wants spirituality and some kind of community and communication. We have that.’

On Vulnerabilty
‘Today I would wonder if vulnerability is at the heart of leadership
‘I think our place in the Church, especially with the recent American experience, has highlighted a certain vulnerability- powerlessness as well.'

‘Because some of our Mercy Congregations have [large] numbers [of members], there’s a certain denial we can live with around our vulnerability: our vulnerability for leadership, for existence into the future, for new ways of Mercy ministry. When we see numbers we can find safety in that compared to other congregations who are far fewer in numbers. Congregations that are now very few in numbers are making arrangements with other congregations. We’re seeing that in the States and in Australia. That could be us. And it will come in time. And maybe that’s another call to alertness on the part of membership and leadership.’

‘In having community leaders or contact Sisters as we call them, we’re sharing leadership among the members, so that it’s not just a particular pod of people. It’s delegated [leadership] and I think that’s appropriate. In doing that if we can be non-competitive, listen enough, maybe we will become alert to what’s trying to be born, what’s trying to come out of hiding. What’s in hiding and only hiding because it’s not the time yet for the birth.'

On Evolutionary thinking
‘I am haunted by evolutionary thinking, by the statement “We are one”. I’m not a specialist; however, I’ve done some reading in this area. We are One! We are one in the universe. I’m one with the two of you (acknowledging the people in the room). There’s a particular oneness in Mercy. But we’re one. How do we have the eyes to see that?’

‘I think it’s probably a mystical statement to say “We are one”. How do we tune into it?’
‘We are one. We all know that. We are connected to people beyond us. This is not the only reality. And I think it is people who have had to have things stripped from them who have the space to be able to receive because it makes room.’ 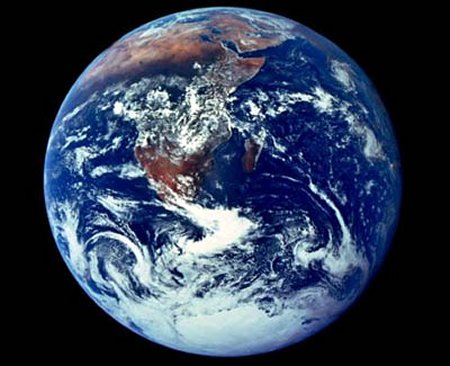 On the Conversation the world community needs to have
“We are One”. That’s the necessary conversation. How do we live that? How do we tune into that?’
‘If we’re connected, how can we lift one another up, instead of stepping on each other so that I can be up? How do we live – to use Mary Robinson’s words – in a way that “Everybody matters”?’
‘Wouldn’t that be a great conversation for Catherine, [Pope] Francis and ourselves to have!

1 Mary Waskowiak rsm served as President of the Institute of the Sisters of Mercy of the Americas from July 2005 -2011. Prior to her role as President, Sr Mary served as Councilor on the Institute Leadership Team from 1991 to 1999 and as President of the Sisters of Mercy Regional Community of Burlingame, California, from 2003 to 2005.
Sr Mary also served as President of the Leadership Conference of Women Religious (LCWR) from 1996 to 1999, during which time she participated as official observer to the Bishops’ Synod for the Americas at the Vatican. Her prior ministry experiences include secondary education, parish ministry, seminary field education, Sisters of Mercy vocation and formation ministry, and directing Mercy Center in Burlingame. Sister Mary has served as facilitator and/or presenter for groups of women and men religious in Argentina, Chile, England, Guyana, Ireland, Peru, South Africa, the United States, Zambia and Australia.