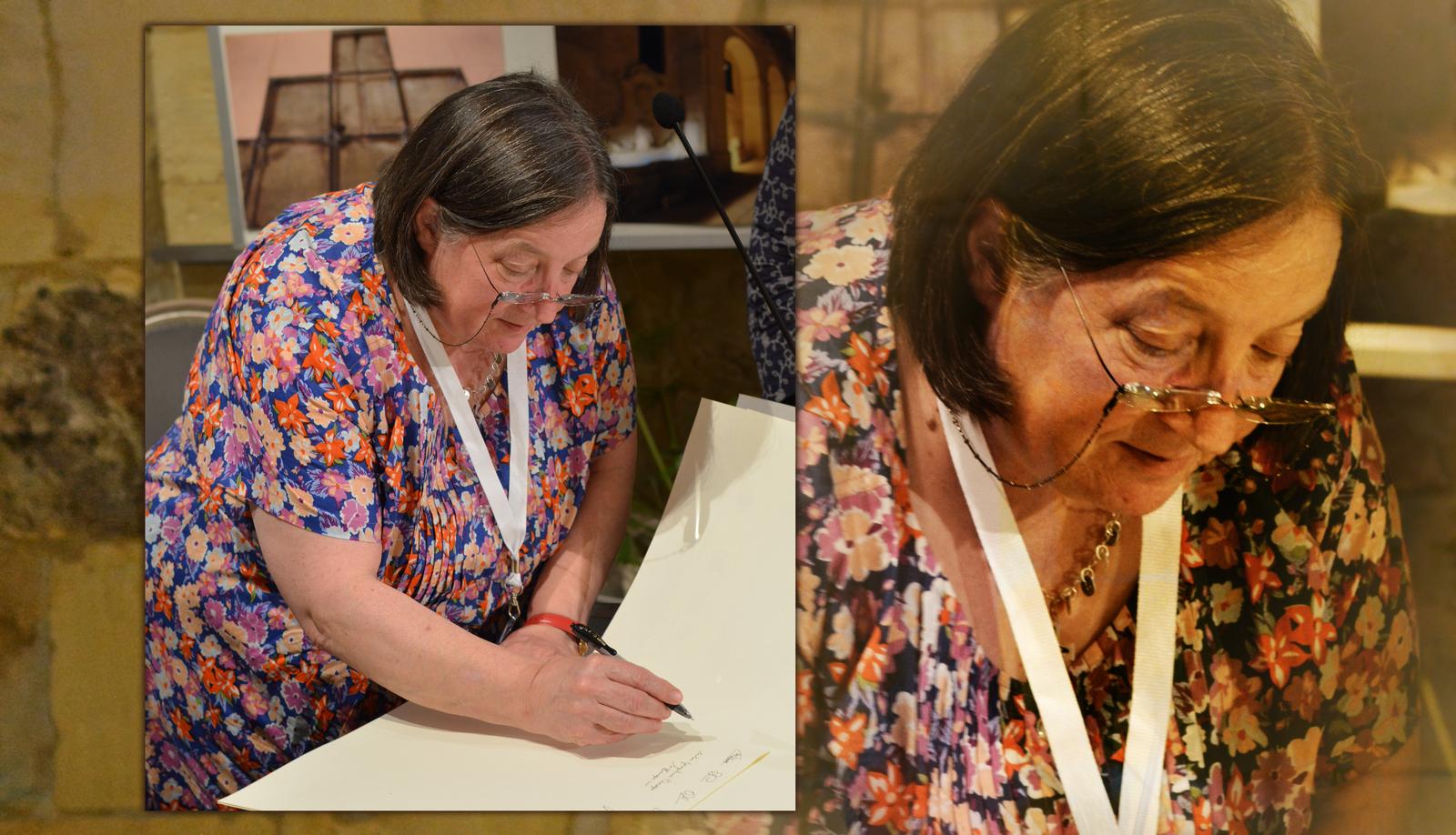 Five best practices and model solutions were identified at this international conference which was organised by the Pontifical Academy of Sciences (PAS) 'following a wish of Pope Francis to study and eradicate modern slavery in terms of human trafficking, forced labour, prostitution and organ trafficking, which he considers humanity’s wounds' (Concept Note)

Sr Lynda is the Founder and CEO of Women@thewell, a women-only drop-in centre in Kings Cross, London, dedicated to supporting women whose lives are affected by, or at risk of being affected by, prostitution. She was one of the speakers addressing the Nordic model, a human rights and gender equality-based approach to prostitution. She also participated on a panel.

Sr Lynda is shown here signing the Statement from the Summit in which signatories pledged 'to promote these 5 models and best practices in our own countries and to continue to study and reveal the magnitude, locations and extent of this crime against humanity'.

The complete Statement can be read here (PDF)