'It may seem as though women have been airbrushed out of the events of Holy Week, but it is only a perception. Jesus’ female companions were integral to the unfolding drama, as the Gospel writers testify. Constant, unafraid and true, they are often presented in a more favourable light than their male counterparts...' 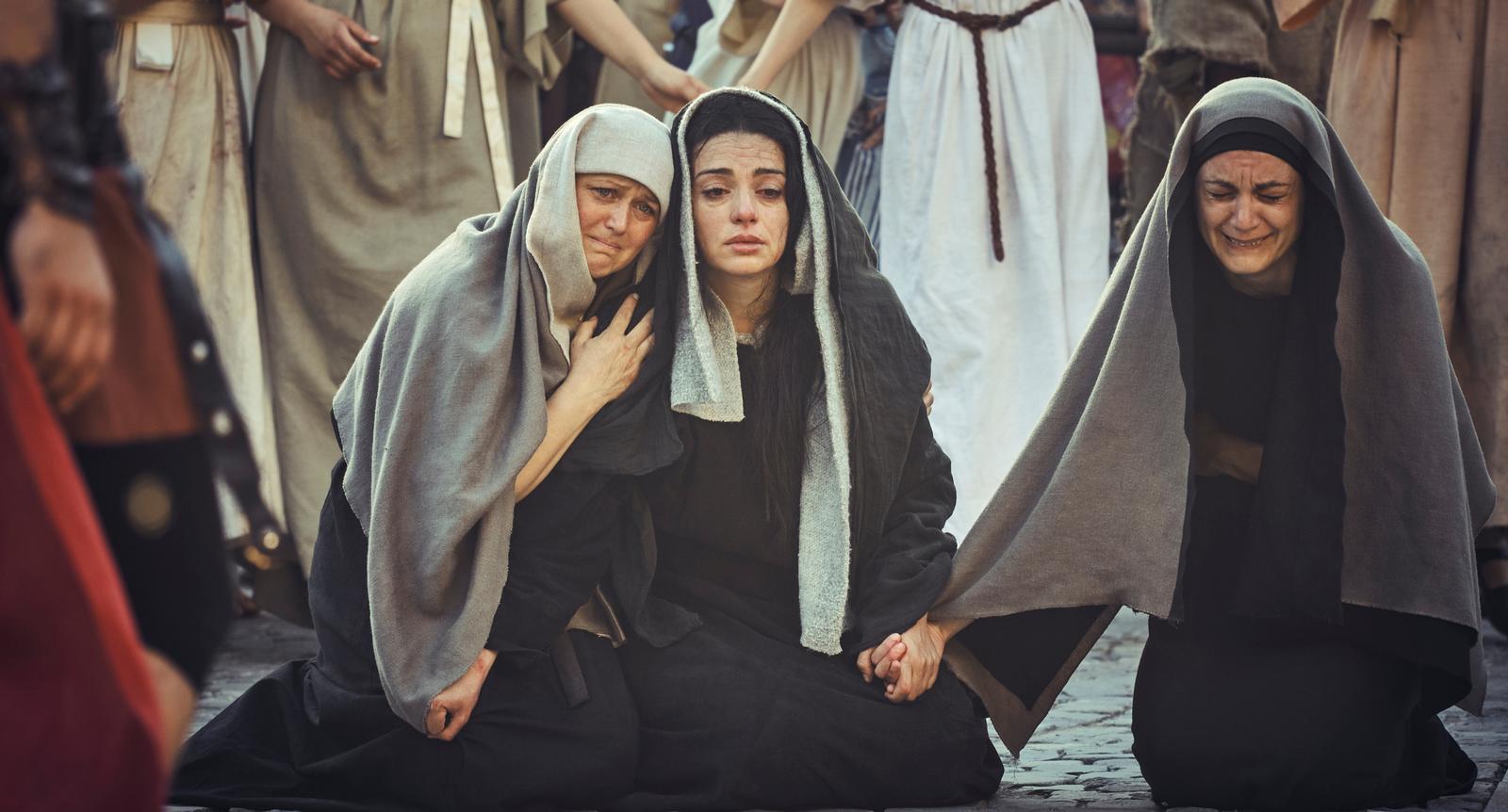 Whereas the mob of Jerusalem shouted “Crucify, him!” the daughters of Jerusalem “were beating their breasts and wailing for him” (Luke 23:21, 27) along the road to Calvary. Jesus’ male disciples had mostly fled, but the women who accompanied him from Galilee “stood … watching” the Crucifixion. Then, tailing the burial party, “They saw the tomb and how the body was laid” (Luke 23:49, 55) Matthew adds that when the stone was rolled across, they “were there, sitting opposite the tomb” (Matthew 27:61)...'