Editor: Reports of celebrations held in Craughwell (Ireland); in four centres in Aotearoa New Zealand (Auckland, Wellington, Christchurch and Dunedin) on the eve of the first Sunday of Advent; by the Northeast Community in the United States, at the Mercy Hub in Melbourne, and for Brisbane Congregation are linked to this item.

We welcome your report and look forward to publishing it. Email: Mercy eNews Editor

'A time to be filled with gratitude and thanksgiving’ (MV)

On Saturday 10 December eighty-five Sisters gathered at ‘Mercy Place’ for the celebration of our annual Advent Prayer Ritual and the sharing of an early Christmas meal.

The time of reflection focussed on three themes. It affirmed our experience of the Jubilee Year of Mercy. It acknowledged our journey through Advent to Christmas and invited Sisters to engage with the living of the eight Corporal and Spiritual Work of Mercy. Time was spent in communal prayer, quiet individual reflection, table conversation, song and listening to the Word of God.

Pope Francis, in September of this year, proposed a complement to the two traditional sets of seven Works of Mercy. The gift of the 2017 Congregation Calendar to each Sister provided the text of this eighth work and calls each Sister to ‘grateful contemplation of God’s world which allows us to discover in each thing, a teaching God wishes to hand to us’ and ‘in simple daily gestures to break with the logic of violence, exploitation and selfishness to build a better world’. The concluding words of the ritual reminded Sisters that our whole life is a response to a call - the call of the Gospel to the service of Mercy and that each Advent invites us to stillness and waiting upon this call anew. 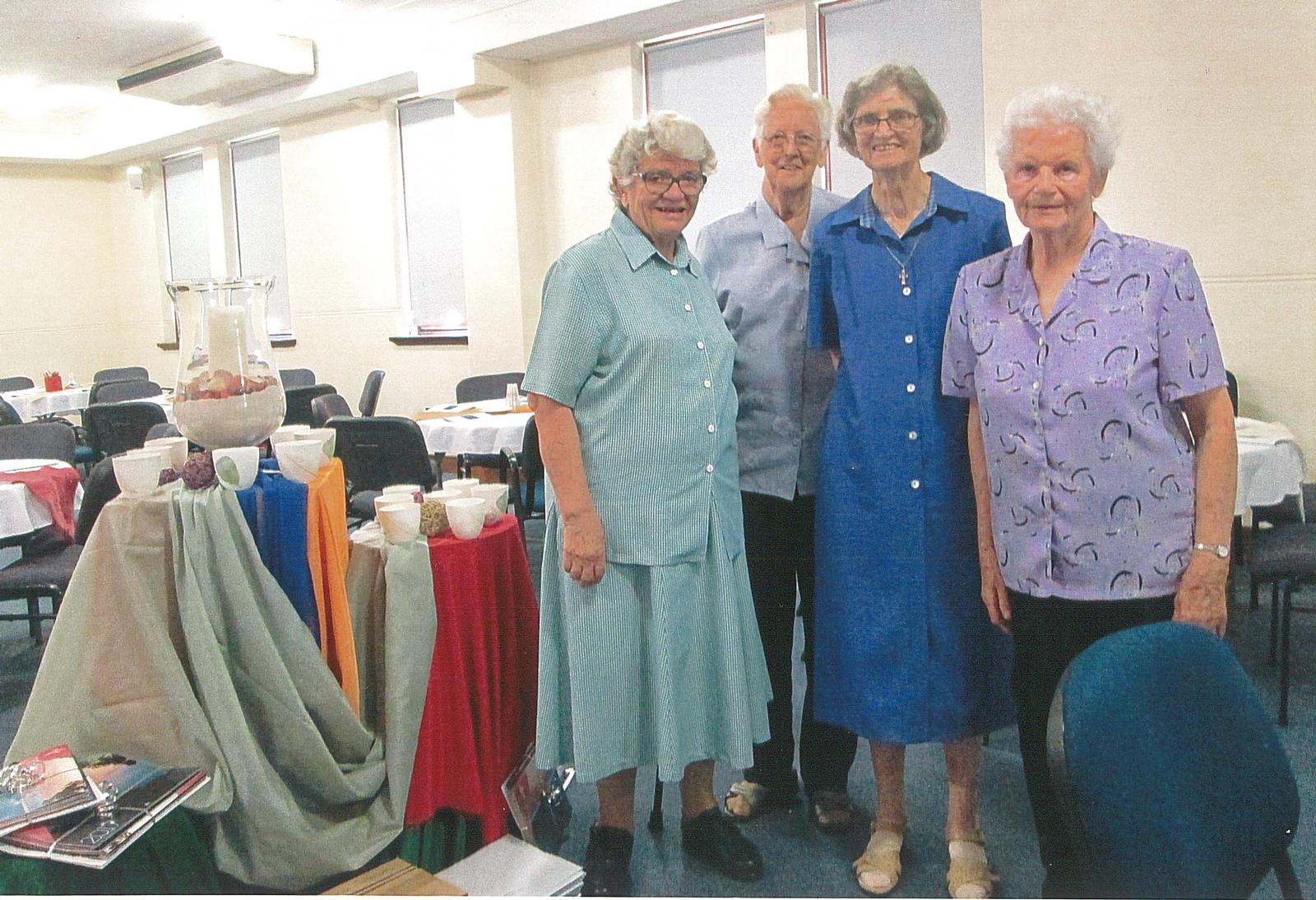 The ritual was followed by a celebratory meal at which the Sisters enjoyed Christmas fare and conversation.

The ritual service can be downloaded here (20pps; PDF)

A group of thirty Sisters from Community South C were joined by Kathy Higgins rsm (The Congregation) and Anne Walsh (Mercy eNews Editor) at the Mercy Mission and Spirituality Centre in Melbourne on Monday morning, 12 December, for Foundation Day celebrations.

A Thanksgiving for the Year of Mercy was held in four centres in Aotearoa New Zealand— Auckland, Wellington, Christchurch and Dunedin— on the eve of the first Sunday of Advent. 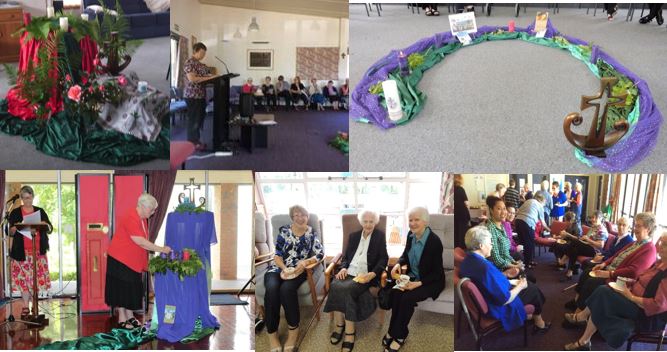 Year of Mercy Ending is Marked with Festivities, Prayer and Song (Americas)

Sisters of Mercy, together with Mercy Associates, staff, and supporters, marked the end of the Jubilee Year of Mercy with prayer and a festive gathering at the Northeast Community’s administrative offices in Cumberland, Rhode Island, on November 30. 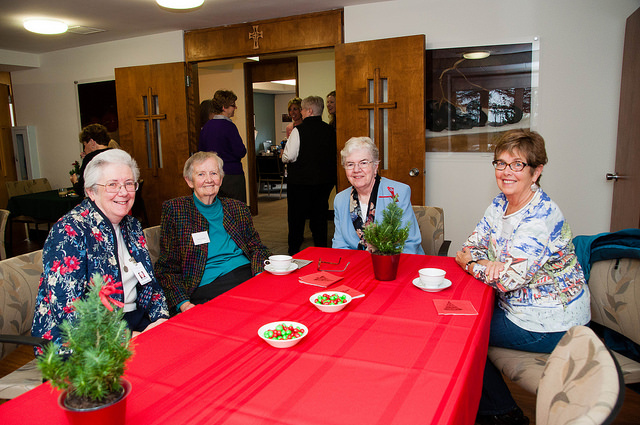 Sister Maureen Mitchell, vice president of the Northeast Community, welcomed everyone on behalf of Sister Jacqueline Marie Kieslich, the Community’s president, who was unable to be present.

In her opening prayer, Sister Pat Flynn of the Leadership Team, noted that Pope Francis had recently referred to the Eight Beatitudes as the “Christian’s identity card.” Sister Maureen proceeded to read the beatitudes from the Gospel of St. Matthew (5:1-10); later she read aloud “six new beatitudes” offered by Pope Francis.

“Mercy is the cornerstone of Pope Francis’s spirituality,” said Sister Donna Conroy, Leadership Team member, in her reflections. She pointed out that when Francis declared a Year of Mercy, he called upon Christians and all people of good will to cultivate a “revolution of tenderness…the tenderness of God toward each one of us.” 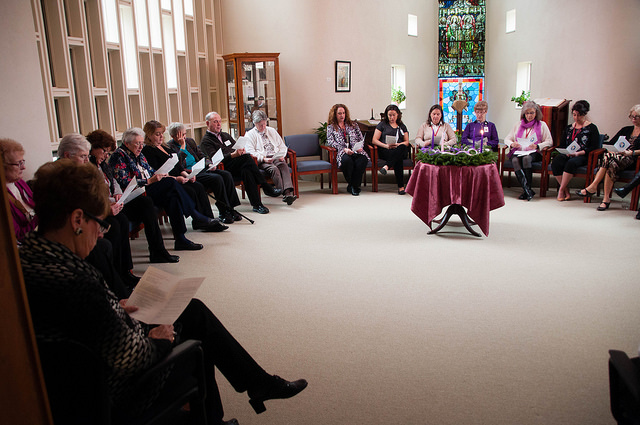 During the Jubilee Year of Mercy which began on December 8, 2015, and officially concluded on November 20, 2016, many in the Northeast Community opened symbolic “Doors of Mercy” to remind each other of the many ways we are called to open our hearts to give and receive God’s mercy.

Messages to: Alice Poltorick - Director of Communications, Sisters of Mercy of the Americas – Northeast Community

On Saturday the 3rd of December the Craughwell Cluster gathered to mark the end of the Jubilee Year and to celebrate our ongoing commitment to "Keeping the doors of our hearts and homes open" so that we might respond with compassion to and lobby on behalf of those who are homeless.