“A big thanks to all those in Mercy Congregations who have been sending letters to their Rio delegations asking them to include ethical considerations when they are negotiating at the Rio Conference. Our office has been receiving many letters confirming that you sent the letters and also that you have been receiving replies from the decision makers.” “Thanks also to those who have spoken to their delegations going to Rio asking them to maintain a commitment to the right to water, sanitation and food in the final document” In these words Mary Purcell pin-pointed the recent activity in MIA Global Action office. 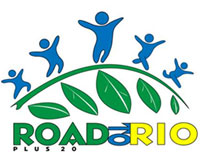 It is very heartening that Mercy sisters from around the world are taking collective action for Advocacy on behalfof our Earth home, the whole community of life and future generations.

The United Nations Conference on Sustainable Development, also known as Earth Summit and Rio+20, is drawing closer and we, as Mercy sisters want to impact the final decisions that will be taken at the June 2012 meeting. One step in this action was targeting governments and proposed attendees to RIO+20, from countries where Mercy sisters work. MIA Global Action grately appreciate the efforts Congregatonal leaders around the world make to encourage and animate their members to take collective action.

The Mercy letter called on the government leaders and personnel to take definitive action in areas of ethical concern e.g. The Mercy letter made reference to the Zero Draft of the Outcome Document for Rio+20, called ‘The Future We Want’. This Draft Report was compiled from the input that came from the 5 UN Regional Preparatory meetings held in 2011. You may remember that Ana Siufi rsm, (CCASA, Sisters of Mercy of the Americas) and Margaret Milne rsm (Chile and Sisters of Mercy New Zealand) represented MIA Global Action and on our behalf, attended the UN Regional Preparatory Meeting for Latin America and the Caribbean, held in Santiago, Chile in September 2011. Nora Burke rsm (Irish Congregation, Western Province) represented us at the UN Regional Preparatory meeting for Europe and North America held in Geneva in December 2011. This work was co-ordinated by Aine O’Connor rsm, Mercy International Association representative at the UN.

Sisters of Mercy also contributed through the attendance of Aine and Immaculata Devine rsm (South Africa) at the Climate Change Conference (COP17) held in Durban, South Africa. The conclusions of the 5 UN Regional Preparatory meetings, and of the Durban conference, and as well as from other sources, formed the basis of the Zero Draft of the Outcome Document for thr RIO+20 Earth Summit in June.

The Mercy letter  requested the recipients to “affirm a strong definition of sustainable development and a shared vision of ethical and spiritual values that would inspire and guide cooperative action for change.” Among these were the Precautionary Principle, the Common but Differentiated Responsibility Principle, a Corporative Sustainability Responsibility Convention, Millennium Consumption Goals.

The Precautionary Principle was missing from the Zero Draft of the Outcome document. This Principle requires that, while human activities may involve risks and hazards, people must proceed much more carefully. There is compelling evidence that the damage to humans and to the environment worldwide is of such magnitude and seriousness that the Precautionary Principle is not being adequately implemented. Actions to protect the environment and health are taken in advance, and not after the damage is done, as frequently happens.

Common but Differentiated Responsibility Principle recognises the historical differences in the contributions of developed and developing states to global environmental problems and differences in their respective economic and technical capacity to tackle these problems. But all states are required to act with responsibility at local, national and international levels within their capacity for the common good and future generations.

Corporate Sustainability Responsibility Convention calls on the many corporate bodies and multinational businesses, who appear to be soley profit driven and to have little regard for our home,the Earth, its peoples or the wider community of life, to play their part. It is imperative that corporate bodies are held responsible for their actions and contribute positively to sustainability for the greater common good and the protection of the whole community of life.

Sisters of Mercy, through MIA Global Action, issue a strong call to Governments to take decisive action for the global common good on behalf of all peoples, on behalf of the greater community of life, and of future generations. In many and diverse ways Mercy sisters throughout the world are are positively contributing to this ideal and are aware of the urgent need for individual action too. What we want are flourishing, thriving, life-enhancing societies.