Mercy International Association is happy to announce that Angela Reed rsm has been appointed to the recently advertised position of MIA Global Action Coordinator at the UN. 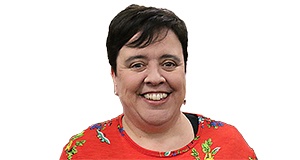 Angela is a Sister of Mercy of the Institute of the Sisters of Mercy of Australia and Papua New Guinea, (ISMAPNG). She is a graduate of RMIT University’s School of Global, Urban and Social Studies, Melbourne, Australia where she completed her PhD on Human Trafficking. Over the years she has integrated her professional background in education, social work and theology to adopt an interdisciplinary approach to research, service provision and public advocacy. Her primary research interest is on gendered violence and in particular human trafficking.  Prior to her research, Angela was coordinating a women’s safe house in Melbourne Australia where she encountered many women and children who were experiencing violence and abuse. In 2015 Angela took up a role as Resident at the UN MIA Global Action office in New York and for the last 5 months, has served as the MIA  Interim Coordinator Global Action there.

Angels will take up her full-time position in March and we look forward to collaborating with her in the development of the MIA Global Action agenda at the UN.