MIA Global Action is committed to participating in this year’s ‘Global Frackdown Day’ on October 11th. The purpose of the day is to raise awareness about the negative consequences of the mining process known as ‘fracking’. 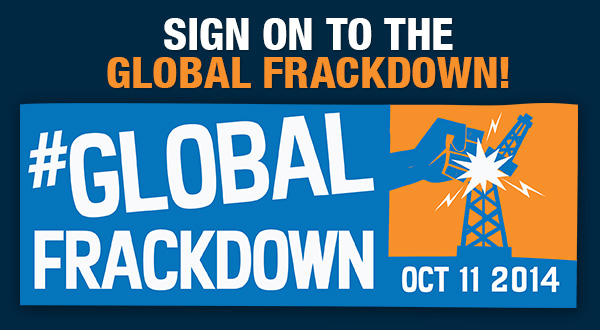 According to the ‘Global Frackdown Day Site’  on 11 October all over the world people will be challenging hydraulic fracturing, or fracking—a risky technique that uses millions of gallons of water, sand and chemicals to break open shale rock deep underground, to release previously unrecoverable deposits of oil and gas. The mining industry has spent millions of dollars on PR campaigns and high-profile lobbying efforts to buy the ability to extract fossil fuels, wherever they are found! Currently in many countries there is little government oversight as to the possible consequence of the fracking process. Scientists and environmentalist have proved that the process is endangering our natural environment, by causing earthquakes, the pollution of natural water resources and significant climate change.

Global Frackdown Day highlights the fact that there is a growing movement around the world, who are raising awareness about the fracking process. They are encouraging all citizens to challenge governments to pass the necessary legislation, which at minimum will control the process, and at best ban any form of fracking.
Members of the Global Action Cosmology / Eco-justice and Mining Working Groups are committed to getting involved in the worldwide movement through a variety of ways including networking and linking up with local and national activities on October 11th. Some examples of activities members have been engaged in against fracking, plus what is planned are:

Newfoundland
• The combined efforts of the Sisters of Mercy and other networks have resulted in the declaration of a moratorium on fracking in Newfoundland. With an upcoming by-election, the current strategy is to make hydraulic fracturing an election issue by lobbying candidates from each of the three political parties.
• A new movement is afoot in the Gros Morne National Park, a World Heritage Park on the Northern Peninsula, in order to create a buffer zone around the park to ensure that fracking will not occur in that area.
• On Global Frack Down Day the Sisters of Mercy will be joining with groups such as the Council of Canadians and inviting leaders of West Coast Fracking Group for a public lecture. They will also be facilitating a workshop in the Archdiocesan Centre and a special evening for prayer, presentations and discussion on fracking with the Sisters of Mercy. 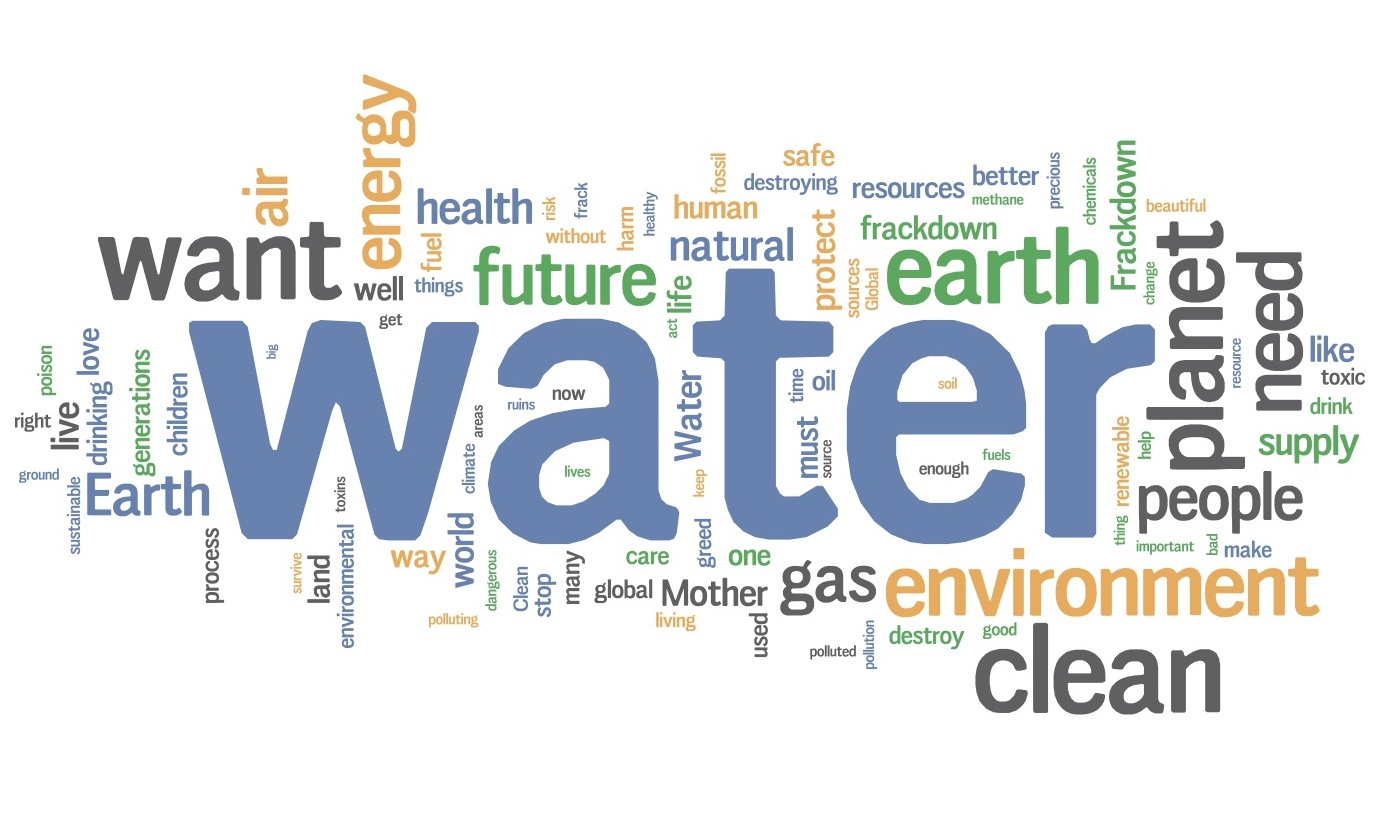 Ireland
• A day-long session is being organised for Global Frackdown Day: ‘Exploring Interconnectedness in the Web of Life and Climate Change’ with John Sweeney, Professor Emeritus of Maynooth, as guest speaker. Professor Sweeney is a contributing author to the Intergovernmental Panel on Climate Change (IPCC) and has been a lecturer at the Geography Department NUI Maynooth, since 1978. The workshop will include time for questions, reflection and an open forum.
• Carmel Bracken, Kathleen Glennon, Marcella O’Connell and Kathleen Somers have prepared a beautiful and challenging prayer on ‘Water’ for Global Frackdown Day. The prayer can be adapted to any situation and is accompanied by a Power Point presentation, a ‘fact sheet’ on water and a Leader’s Guide. Currently it is being translated into Spanish.

United States
• The Mid Atlantic community gave a presentation on mining with a particular emphasis on fracking in an area with a history of coal mining activities. A letter highlighting this event was published in the local newspaper.
• Sisters in Argentina have participated in anti-fracking protests in a bid to oppose the renewal of a mining contract with a Brazilian corporation. This corporation is planning to frack in an area that produces fruit and vegetables, thereby posing a threat to its very important watershed.

Please send details of any plans you have to be be added to the mercyworld.org website so that others may know what you are doing and hopefully be inspired to participate.