Editor: Today, 1 November, marks 56 years (1961) since the Sisters of Mercy arrived in Monsefu, Peru to provide education for local children. We invited the Sisters to share with us from those beginnings and their present story...

Story of the Beginning of the Mission in Peru

In 1959, Pope John XX111 asked the Superior Generals of Religious Congregations and Bishops of the world to send missionaries to Latin America.  The church of Newfoundland, Canada was one of the first to respond to the call. 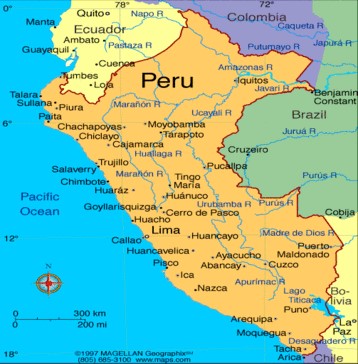 Bishop Patrick Skinner missioned Father Charles O’Neill Conroy from the Archdiocese of St John´s, Newfoundland, to the parish of Monsefu in the Diocese of Chiclayo, some 500 kilometers on the North coast of Peru.   He arrived in Monsefu for the first time on February 19, 1961.  The pueblo awaited with shouts of “Long live the Canadian Fathers” and “Long live Catholic Monsefu”.

It did not take Father Conroy long to see that there was a great need for a school which would provide education for the children of the poor families.  He immediately contacted The Sisters of Mercy in Newfoundland and in May 1961, Sisters Imelda Smith, Superior General, and Sister Dorothy Carroll arrived in Monsefu for a firsthand experience.  After much discernment it was decided that the Sisters would dedicate their full time to the desperate need for education in Monsefu.  On November 1, 1961 Sisters Mary Dorothy Carroll, Immacula O´Leary, Maura Mason, Marion Collins, Concepta Best and Gabriella Walsh arrived in Lima.  They made the first visit to Monsefu on November 7 and were royally welcomed with music, bands, and fireworks.  An article written on occasion of the Golden Jubilee in 2011 began with “On that day Light arrived to Monsefu¨... 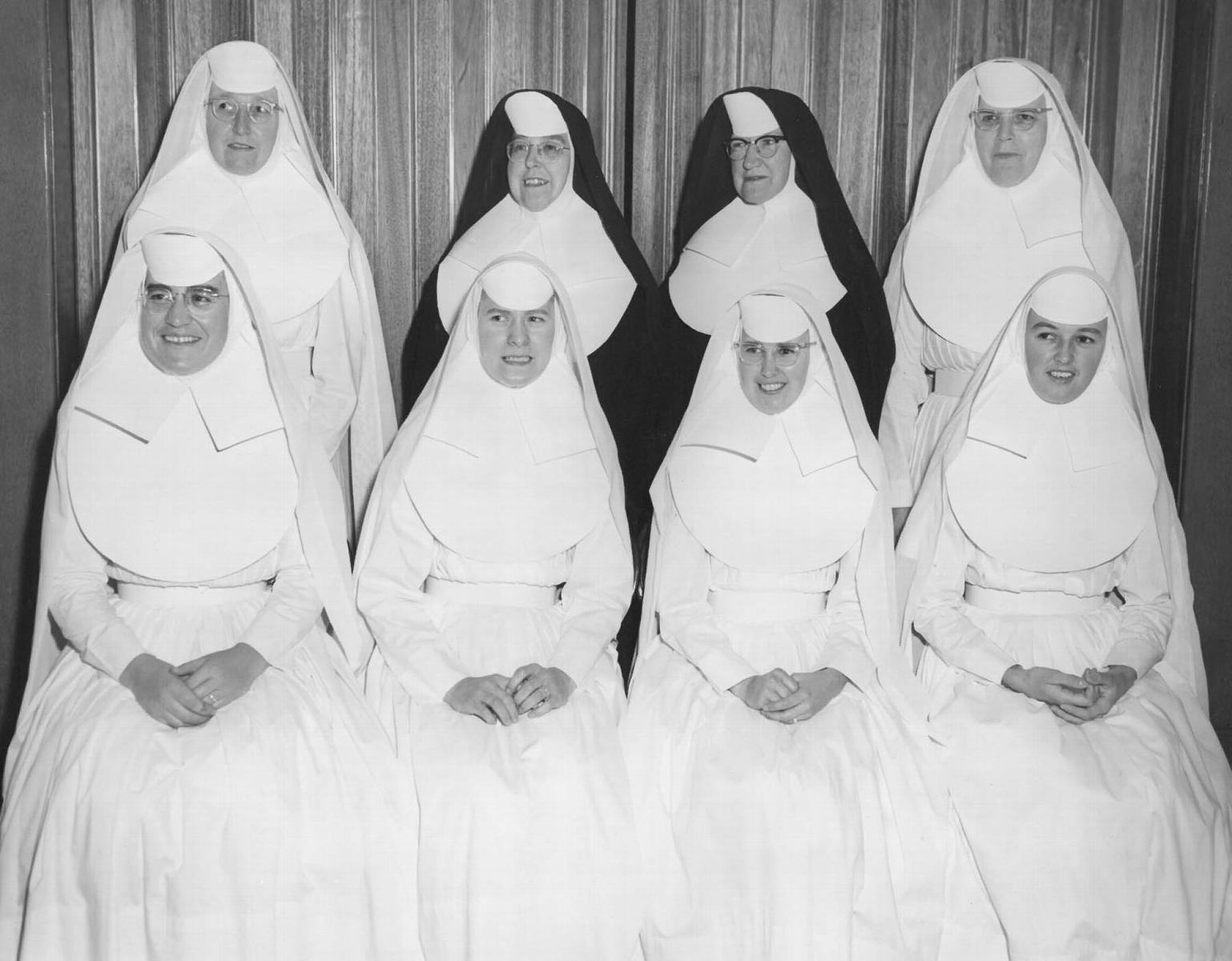 While the convent was in construction the Sisters had many moves: an apartment in the Hacienda Pomalca, Dominican Sisters in Lambayeque, apartment in Chiclayo. During this time they were mastering the Spanish language and visiting Monsefu where they finally moved to live in Dr Miguel Custodio’s house on March 11, 1962. A few weeks later in April they began daily Primary classes in a small chapel next to church with night classes for young men and women who had to work by day.

They moved into Our Lady of Mercy Convent, on February 25, 1963 which was blessed during Mass celebrated in chapel by the Bishop of Chiclayo. As true Sisters of Mercy they quickly moved out to the periphery of many small villages offering catechetical programs. Two sisters devoted themselves full time with the same  programs in other public primary schools in Monsefu. A dream came true in April, 1964 when Our Lady of Mercy School was opened next to the convent.

An unfortunate car accident occurred on March 1, 1966 taking the lives of Father Conroy, Sister Dorothy and Sister Aquin who had joined the Sisters eleven months before.

Another dream came true with the opening of High School Carlos O’Neill Conroy in April, 1967. The following year The Christian Brothers joined the Sisters in this school. Both schools were passed over to the State in 1974 and Sisters present then began a new pastoral ministry.

In March 17, 1988 Sisters Lily Ferro, Carmelita Power, Mildred Brennan and Alice Mackey vacated the larger convent in Monsefu and moved to a smaller and simpler house in Puerto Eten, a couple of kilometers away. There and in Cuidad Eten and Reque they continued their ministry. Further expansion occurred in 1993 to the mountainous region of Peru. On May 3, 1993 Sisters Lily, Verna Aucoin, and Rosa Cumpa established a second Mercy community in Ichocan in the sprawling Diocese of Cajamarca in the Andes.

Today there are eight Mercy Sisters - four Peruvians: Sisters Lily Ferrero Butters, Rosa Silva Cumpa, Alita Sanchez Sanchez, Rosali Vargas Mendoza and four Canadians: Sisters Marion Collins, Alice Mackey , Mildred Brennan, Veronica Aucoin. After ministering in Ichocan, Cajamarca for 22 years as Administrators of the Parish and working in religious education area and after prayerful discernment, Sisters Lily, Marion, Rosa, Veronica and Alita moved to the coast in February, 2015 to the town of Huarmey, Chimbote. There they work in the area of religious education but continue serving in the area of parish work in three shanty towns on the edge of the city of Huarmey. 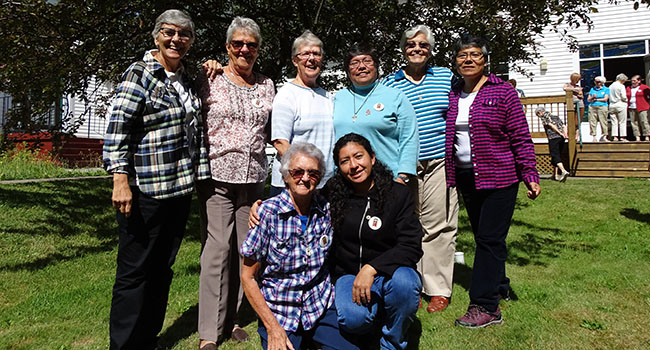 Sisters Alice, Mildred, Alita and Rosali form the Community in Puerto Eten, Chiclayo. Their ministries are lived out with a special Pastoral Care of the sick, Diocesan and Parish formation with accompaniment of lay leaders in a base Christian Community who in turn form other base Christian communities. They are also engaged in education and accompaniment of women in arts and crafts, study and sharing social, political and ecological issues with lay community groups. Mildred frequently attends planning meetings of the Peruvian Mercy Formation team for discernment of Religious Vocation.

At the present moment Alita is studying Law in the Catholic University in Lima. Rosali is studying Initial Education in a Chiclayo University and presently has taken time from study for an intense preparation in Lima to make Perpetual Vows in 2018.