Mercy Sisters support the right to water and Sanitation (MGA)

"The pond water I was forced to get water from previously was very dirty with a bad smell," Banu said. "And due to my distant walks to collect water, sometimes I was late to work. But after the installation of the deep tube well, we are able to get safe water much more quickly. Now I have enough water for all my household purposes. Before this well, my daughters and I would suffer from diarrhea, jaundice, dysentery and skin diseases because of the dirty water from the pond. By the blessing of God, we don’t have these water-borne diseases anymore”. 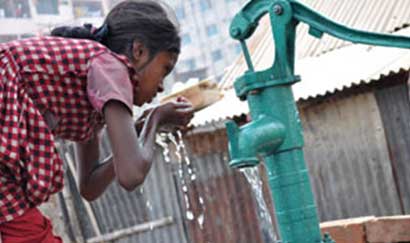 For 20 years, Banu has been living in her Bangladeshi slum of Begunbari with her two daughters. Her husband died 15 years ago. She works as a housemaid.

Because she did not have a water system near her home, Banu used to collect water from her best option - a dirty pond 20 minutes away. She had to make this 40 minute round trip two or three times a day for her family. This water was for all of her family's bathing, cleaning, and other household needs.

But today, things are different for Banu and her daughters. Only months ago, a new deep tube well was completed in her community. 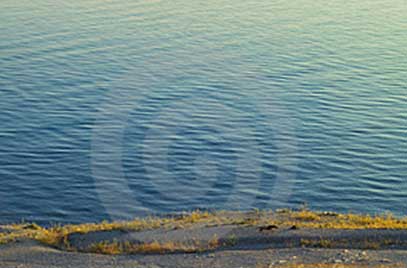 “States are wasting their time on re-negotiating their own decisions rather than moving forward to implement the right to water and sanitation for all,” Ms. de Albuquerque stressed. “We should be marking World Water Day with progress, not debating semantics and certainly not back-tracking on these issues.”

“In order to achieve the future we want, we need to again underline our commitments to the human right to water and sanitation. We need to speak up for the millions who are marginalized and forgotten – people sleeping on the street, girls who walk miles to fetch water every day, boys who drop out of school because of diarrhoea, people who cannot access water because of their disabilities."

”We should not forget that billions still lack a safe supply of water and access to safe sanitation,” Ms. de Albuquerque underscored.

“Rio+20 and post-2015 development goals should not betray the previous commitments on the right to water and sanitation. It is now time to focus on the world population who only has access to unclean and unsafe water and inadequate sanitation,” the United Nations Special Rapporteur appealed on World Water Day. Catarina de Albuquerque is the first United Nations Special Rapporteur on the human right to safe drinking water and sanitation. She was appointed by the Human Rights Council in 2008.

Since news of these developments broke, Mercy Sisters around the world have been lobbying their national politicians and civil servants to ensure they argue for the maintenance of the right to water, sanitation and food in the Rio + 20 final draft. Mercy Global Action Network coordinators and Mercy Justice teams in Ireland, England, USA and Newfoundland have approached their local delegations to Rio+20 through telephone calls and letters. They have received positive responses in many instances.

Mercy Global Action Coordinator at the UN, Aine O Connor rsm is working with other faith based organizations and NGOs to ensure the rights based approach, especially the right to water and sanitation,  will not be omitted in the final outcome document for Rio+20.

Details will be forthcoming about further advocacy opportunities to call upon all UN Member States, particularly some of the most powerful developed countries, to respect their legally-binding obligations to respect, protect and fulfill the Human Right to Water and Sanitation as embodied in the UN resolutions, the UN Declaration of Human Rights, the Convenant on Economic, Social and Cultural Rights, the Convenant on Civil and Political Rights and all other relevant international laws, treaties, covenants or declarations.

For further details of the statement of Catarina de Albuquerque, click here.