There was great excitement in the campus of both Merion Mercy Academy and Gwynedd Mercy Academy on Tuesday October 21st, as both schools had been invited to the special event in Philadelphia when Malala was awarded the Liberty Medal in Philadelphia. The Liberty Medal, established in 1988, commemorates the bicentennial of the U.S. Constitution. Given annually, it honors "men and women of courage and conviction who strive to secure the blessings of liberty to people around the globe." 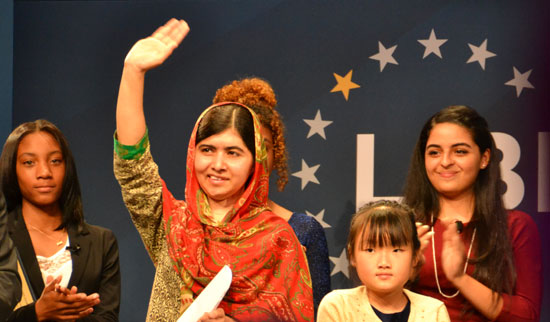 The girls from both schools are involved in the Mercy Girl Effect and have been part of some amazing projects in the Mercy World since we began in 2005. They were therefore no strangers to Malala's’ invitation – GO and Make a Difference by raising money for education– they have!

Malala’s message to a packed audience in Philadelphia’s Constitution Hall – just steps away from the actual LIBERTY BELL was so clear……..

"After I was shot by the Taliban and when I was in the hospital, I did not know what was happening outside. I was ill. I was not feeling well. I could not even walk, and the doctors were helping me. For me, I did not know what was happening outside. But soon I was informed that there were a lot of cards coming and letters. When I saw the news, I just could not imagine that now I'm not alone, and people are standing with me, and we are now together in this campaign of education. Instead of saying, 'No I don't want to continue the campaign,' I said, 'This time I'm feeling more powerful so I should definitely continue the campaign,'" she said. 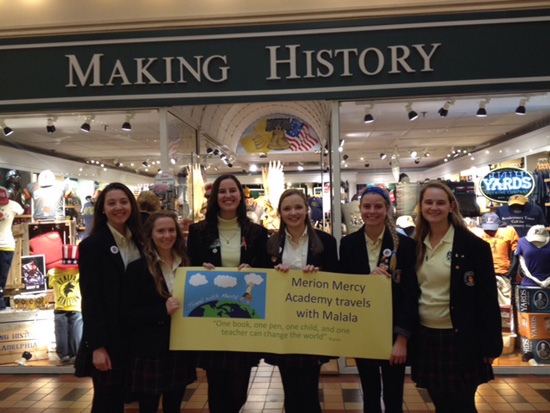 "I feel very happy and very honored. I have met many girls in Philadelphia, and I am going to meet many more. And I'm totally thankful to them for their love and for their support. It's their support that encourages me. If I was alone I might not have been able to go forward. So their support is really important for me" said Malala.