Editor: In Mercy eNews on 9 September (Issue # 638) we reported that Mercy theologians Margaret Farley rsm (Americas), Mary Aquin O' Neill (Americas) and Janette Gray (ISMAPNG) are among the diverse group of 44 contributors to a new publication 'Catholic Women Speak: Bringing Our Gifts to the Table' (Mahwah NJ: Paulist Press, 2015) to be published in time for the Synod on the Family and available now for pre-order 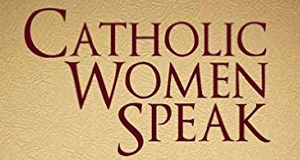 The collection, described by its publisher as 'groundbreaking', is edited by the The Catholic Women Speak Network (CWSN), a forum for theological dialogue and collaboration around issues relating to Catholic women's roles. Short biographies of the contributors, who include well-known theologians, up and coming voices from the global South, and women sharing personal stories of faith and struggle in different contexts, can be found here. A list of the contents, including a link to the Foreward by Agbonkhianmeghe Orobator SJ, an Introduction by the Editorial Team and the Introductions to each of the four parts of the book can be read online here. Italian and Spanish versions of some articles, including an Italian translation of the introduction to the book, can be accessed from that same page.

The book will be launched at the Pontifical University Antonianum Rome on 1 October. Details can be found here

A article on this book, 'Catholic women sharply call for Synod to open to women's participation, voices' has been published in the NCR online today, 17 September 2015. Read it here

A review of Margaret Farley's recently published book  'Changing the Questions' (April 2015) can be found in this week's America online. Read it here