MIA a Signatory to the Paris Pledge for Action

L’Appel de Paris (the Paris Pledge for Action), is a call to action in support of the Paris agreement which brings together a multitude of voices on an unprecedented scale within a single, collective statement: 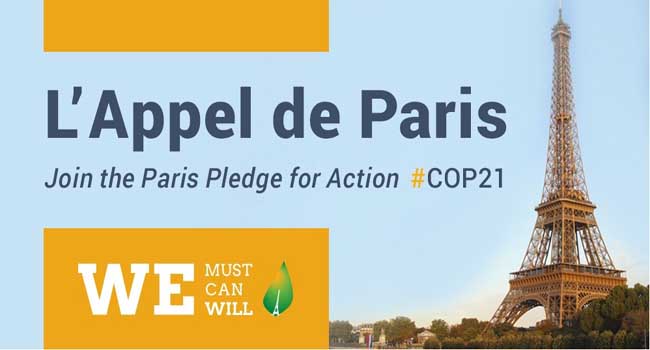 'We welcome the adoption of a new, universal climate agreement at COP21 in Paris, which is a critical step on the path to solving climate change. We pledge our support to ensuring that the level of ambition set by the agreement is met or exceeded.'

The pledge has been signed by cities, regions, businesses, investors, civil society groups, trade unions and other signatories.
MIA became a signatory to this pledge  on 18 December 2015
Organisations can Join the Paris Pledge for Action here