MIA Prayer Intention: An End to the War in Syria

'It is high time to stop this hell on Earth', António Guterres, UN Secretary-General, 26 February 2018 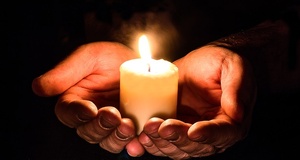 Tomorrow marks the 7th anniversary of the beginning of the War in Syria (March 15, 2011). Over the past few weeks we have each read, seen and heard horrific stories of events there, particularly in Eastern Ghouta, the last rebel-held enclave close to the Syrian capital Damascus. Continued shelling despite calls for a ceasefire, escalating fighting, mounting deaths and wounded, medical and humanitarian supplies refused entry... the list of horrors faced by the besieged people living there is almost impossible to comprehend.

MIA once again calls for our prayers for an end to this situation described in a recent BBC report as 'beyond critical'.