Developing countries provide the protection space for four out of five refugees worldwide, up from 70 per cent a decade ago (UNHCR). 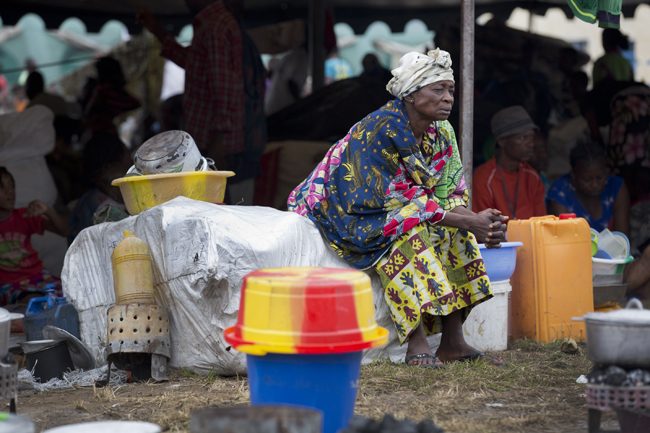 Let us pray for generous hearts - in ourselves, our communities, our own countries- that we peoples of the First World will open our doors to the world's refugees and asylum seekers.

Image: UN Photo/Sylvain Liechti. Used with permission.
Since 4 April 2014 more than 130,000 nationals of the Democratic Republic of the Congo (DRC) have been expelled from the Republic of Congo (Brazzaville). The expulsions have created an acute humanitarian crisis and there are allegations of human rights abuses, according to UN officials. Several thousands of the expelled are currently gathered at the Maluku transit camp, on the outskirts of the city of Kinshasa.