MIA joins with Christian women of many traditions in over 170 countries and regions in the World Day of Prayer on Friday, 6 March. 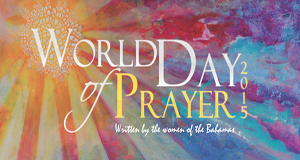 On this day, in a special way, we too 'affirm that prayer and action are inseparable and both have immeasurable influence in the world'.

Committed to respect for human life and to religious freedom, we are particularly mindful at this time of the brutal murders of twenty-one Coptic Christians by the so-called Islamic State in Libya, the deaths of 15 young Assyrians in Syria’s Hassake governorate, and the many Christians who have been captured from various Syrian villages and are being held hostage.

We pray for an end to attacks on religious and ethnic minorities as we work for peace.