MIA Prayer Intention: Praying for Peace on the Centenary of the Apparitions at Fatima

On 12 May, Archbishop Bernardito Auza, Apostolic Nuncio and Permanent Observer of the Holy See to the United Nations, had the opportunity to speak at the UN — the body which works to maintain international peace and security — in an Address entitled, 'The Centenary of Fatima and the Enduring Relevance of Its Message of Peace.' 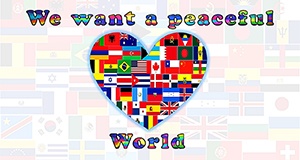 Let us join our prayers with these words of his which underscore the urgency of peacemaking:

'We pray with [Our Lady's] help in particular for an end to the war in Syria, for an end to the growing threat of war on the Korean peninsula, for the cessation of violence in South Sudan, Somalia, Yemen, Central African Republic, the Democratic Republic of the Congo, and Eastern Ukraine and other places of conflict. We pray as well for an end of terrorism, religious, ethnic and racial persecution, totalitarian crackdowns, murderous drug cartels and organized crime, trafficking in persons and other forms of modern slavery, and various national insurgencies that have stained the world with blood and hatred.'