MIA Prayer Intention: Those who Lost Their lives at Gallipoli

25 April marks the centenary of the landing at Gallipoli where, before the campaign ended in January 1916, 44,150 Allies would lose their lives in an effort to secure the peninsula and 86,692 Ottoman soldiers would die in defence of their homeland. For over 8 months troops from Australia, Great Britain and Ireland, France, India, New Zealand and Newfoundland battled harsh conditions and Ottoman forces. Total casualties amounted to 392,856. 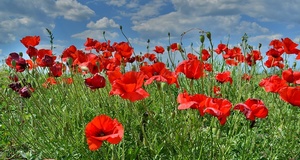 Let us pray with the relatives and communities of those who lost their lives in this campaign, in World War One— "The war to end all wars" —and in all the wars fought since.

Let us pray with renewed vigour today for those parts of our world where there is conflict, unrest or uncertain peace, that peace will be restored.