Yesterday (22 November) a magnitude 5.7 earthquake occurred 15 km SE of Culverden, central New Zealand, little more than a week after a powerful tremor centred in the upper South Island rocked the country and killed two people. Yesterday, a powerful earthquake struck off the coast of Fukushima in north-east Japan, the same region that was devastated in 2011. Meanwhile, Tropical Storm Otto heads towards Central America, expected to bring rain and strong winds to parts of Costa Rica, Nicaragua, Honduras and Panama. It could become a Thanksgiving Hurricane. 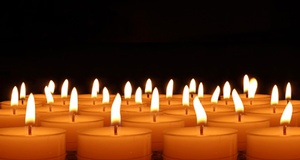 Let us remember in our prayers the relatives, friends and communities of the deceased victims; the people and places in New Zealand and Japan impacted by the earthquakes, and all at risk in Central America.