Please join with us in praying for the people and communities in Haiti, Cuba and the Bahamas already pounded by Hurricane Matthew, the most powerful Caribbean storm in nearly a decade. 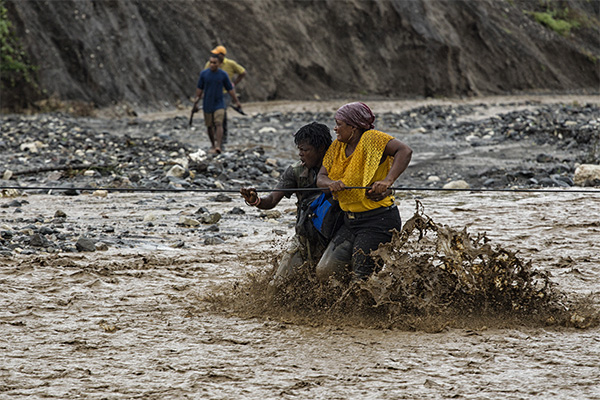 Media outlets are reporting 1,000 deaths in Haiti (11/10/16). Many people were killed by falling trees, flying debris, and swollen rivers, according to a BBC report.  Doctors now warn of a surge in cholera cases. Once again, this country has been devastated. 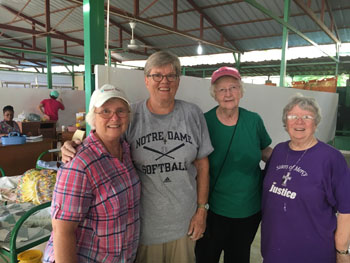 Sisters of Mercy (Americas) supporting people in Haiti through their ministry, 'Focus on Haiti'

Sisters of Mercy (Americas) who are dedicated to supporting the community of Gros-Morne through their ministry, Focus on Haiti, were in the country during the hurricane. With flights cancelled they remained in Port-au-Prince. They made good use of their time by volunteering to paint a clinic.

Read the latest report from the 'Focus on Haiti' group.

If you are interested in more information about the work of 'Focus on Haiti', or would like to contribute to their work, contact Sister Kathy Thornton

Mercy Beyond Borders has been educating girls in Gros Morne, Haiti since 2012.

The following message has been received from Marilyn Lacey rsm, Executive Director, Mercy Beyond Borders (8/10/16)

'Many of you have asked about the Hurricane Matthew's effect on the women and girls that Mercy Beyond Borders works with in Haiti.

Thank you for your concern. Matthew slammed Haiti's southwest peninsula hard, with nearly 300 deaths and that number is expected to rise. There has been massive damage to houses and infrastructure such as roads, bridges and water systems.

Mercy Beyond Borders, however, is located in the northern mountains of the island, and somewhat away from the coast, so it did not get the full force. Schools and shops closed for two days as everyone hunkered down for the onslaught. Staff reported heavy rains but no deaths. Time will tell if the families of our Scholars who live outside of the town of Gros Morne are OK and if the surrounding mountains were able to absorb the water without further erosion and dangerous flash flooding down the steep ravines.

We encourage you to donate, if you are able, to one of the larger organizations such as Catholic Relief Service or Hope for Haiti which are already working in the parts of Haiti most devastated.'

At least 21 people have died in the United States as a result of Hurricane Matthew.