NGO Relations with the United Nations

When did the Sisters of Mercy become involved with the UN?

I will let Pat Hartigan, RSM tell the story… 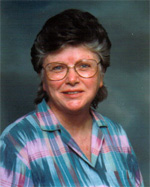 The involvement of the Sisters of Mercy in the United Nations is a story of how the charism of Catherine McAuley bound us together long before our present day movement toward consolidation.

Around 1986, Maria Greene, a Pittsburgh Sister of Mercy, came to see me. I was then the Justice Coordinator for the Brooklyn Sisters of Mercy. Maria was doing an internship with Global Education Associates. She spent a good deal of time at the UN and began to see the importance of Mercy presence there.

Maria encouraged me to seek the North American Sisters of Mercy Federation approval and support for our involvement at the UN. I resonated with Maria’s suggestion primarily because my own community had a presence in another country – Panama. As justice coordinator, I soon realized the richness of experience our women in Panama had to offer us. We here in North America needed to expand our understanding of Mercy beyond our city and state borders to one of internationality because that truly was our reality.

The United Nations afforded us two things: one, a place where every nation of the world could come in peace to discuss how policies and actions on the part of other

countries were affecting them and two, a place where our women could influence the workings of the UN by sharing their insights and life experiences.

The process of attaining this status is a long and difficult one. The paper submission alone weighed in about two pounds! But the exhilaration of sitting in the Economic and Social Council chambers to hear their Board announce that the Sisters of Mercy of the Americas were granted admission to ECO-SOC was an experience I will never forget.

Sometimes Sisters ask how our involvement in the UN is a part of our Mercy charism. Other times, the question is voiced in the context of would “Catherine have supported our being at the UN? In some ways, it really doesn’t matter what Catherine would have done or said. I believe Catherine’s legacy to her followers is and always has been – “do whatever it takes to care for the suffering world in which we live”.

As mature women of faith and followers of Catherine’s vision, our involvement at the United Nations is a clear call to break down the barriers which set us apart from each other. The UN, imperfect though it is, is the only place on this planet of ours where all are welcome to the table as equal partners in this great undertaking called life. Sounds a bit like Jesus’ call to us all-doesn’t it.?