Opening of the Door of Mercy at Rahamim Ecology Centre, Bathurst, Australia

The opening of the Door of Mercy at Rahamim Ecology Centre was characterised by a distinctive attentiveness to Mercy for the Earth community at a recent gathering of Sisters of Mercy and partners- in-ministry from Bathurst and Orange, New South Wales. 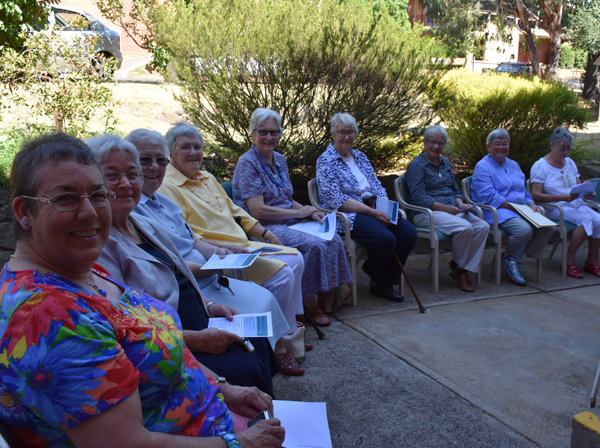 Those assembled beside the door at Rahamim heard the proclamation of the Jubilee Year of Mercy, as announced by Pope Francis in 'Misericordiae Vultus', which invites us to open our eyes to the misery and wounds of our world. This was followed by the traditional knocking three times on the door, accompanied by Sister Sheila Carney's chant, ‘I Stand at the Door and Knock’. 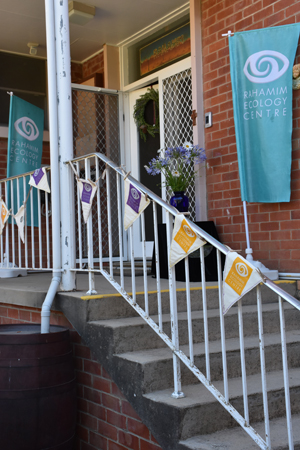 In response to the question ‘Who knocks on this Door of Mercy?’ responses named those vulnerable places, species, and human concerns in our ecological community of global and local significance. This highlighted the cause of our local river, the Macquarie, at risk of soon being sold to a gold mine operation, and the threatened Booroolong Frog, micro-bats, riparian vegetation and other life we stand to lose. In solidarity with those committed to bringing mercy to other troubled places, our focus also turned to victims of human trafficking, violence and fracking.

Following the poem 'The Door of Mercy' by Mary Wickham rsm, a reflection by Patricia Powell rsm (PDF), reminded us that 'Mercy is not for the faint hearted. More often than not, it’s a strong, gutsy commitment to address head on, the root causes of suffering or need. It sometimes involves the often scary challenge to deal with injustice and violent opposition. It demands the discipline of analysing and researching a situation and considering the consequences of taking action'.

Decorated with a beautiful house-made wreath of abundant flora from the Rahamim gardens, our Door of Mercy was sprinkled with the waters of the Macquarie River, a reminder of our local life force and our on-going dependence upon its constant flow.

The gathering concluded with a procession through the Door of Mercy and a morning tea, during which participants celebrated the success of the COP21 climate talks and watched Call to Earth – a Message from the World’s Astronauts to COP21, a powerful message for our commitment to mercy in this Jubilee Year.

Read about more opening of local doors of Mercy