Pope Francis: 'Migrants and Refugees Challenge Us. The Response of the Gospel of Mercy'

Pope Francis has chosen the theme 'Migrants and refugees challenge us. The response of the Gospel of Mercy' for the  World Day of Migrants and Refugees which will be celebrated on Sunday, 17 January 2016. 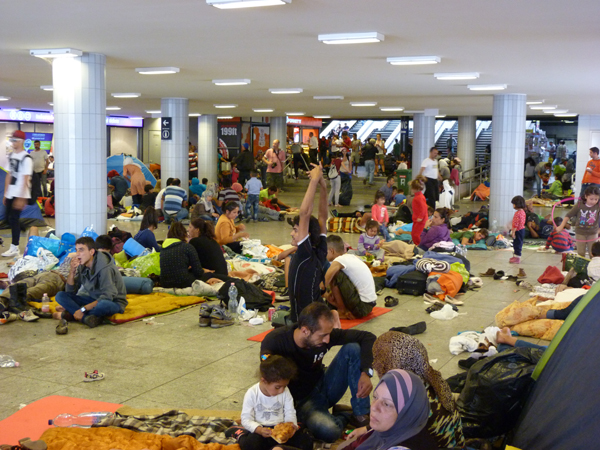 The steady stream of refugees from the Middle East, south Asia and Africa, knocking on the door of Europe — the 'migrant crisis'— is one of the events that defined 2015. According to figures released on 30 December 2015  by the UN Refugee Agency, UNHCR, over one million refugees and migrants fled to Europe by sea last year with an estimated 34,000 crossing from Turkey into Bulgaria and Greece by land. Seeking to start a new life, far from the wars, political unrest and economic hardship in their homelands, they have been welcomed and shunned, accepted and rejected.

It is in light of this human drama that Pope Francis has chosen his theme for the 102nd World Day of Migrants and Refugees. Recognising that 'Migration movements are now a structural reality', the Pope urges action for 'Indifference and silence lead to complicity whenever we stand by as people are dying of suffocation, starvation, violence and shipwreck'. We have seen such deaths on our screens and in print.

In this new year, full of opportunity and possibility, may all who encounter a member of the global Mercy family experience welcome, warmth, generosity, hospitality and solidarity, finding us always 'proclaiming and witnessing to mercy'.

Read: 'Migrants and Refugees Challenge Us. The Response of the Gospel of Mercy'