Editor: International Nurses Day (IND) is celebrated around the world every 12 May, the anniversary of Florence Nightingale's birth.

Sisters of Mercy have a close connection with Florence Nightingale with two groups of Mercy Sisters joining her to nurse the sick and wounded British, Scottish, Welsh, and Irish soldiers who were involved in the war with Russia in the Crimea (1854-1856). 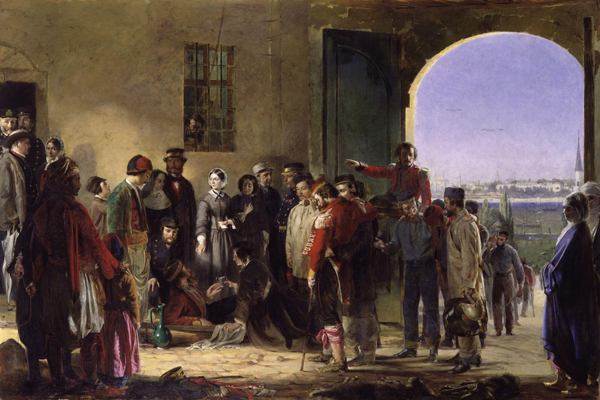 'The Mission of Mercy: Florence Nightingale Receiving the Wounded at Scutari' by Jerry Barrett, 1856–1858. National Portrait Gallery: NPG 6202. This photographic reproduction is considered to be in the public domain. Florence Nightingale, clearly highlighted in the centre of the group, is shown receiving casualties in the courtyard of the Barrack Hospital at Scutari. Mother Clare Moore can be seen to the left  of Florence Nightingale.

The first nurses to leave Britain for the Crimea were six Sisters were from the Mercy convent in Bermondsey, London who were under the charge of Mother Clare Moore, Superior of the Convent. She was asked by Bishop Thomas Grant of Southwark, in response to a plea for volunteer nurses issued by the Secretary of War, Sidney Herbert, to send a small contingent of Sisters to the East. They left England on 17 October 1854, going initially to Paris where they were to meet Florence Nightingale who was to lead the party.

In December 1854 a second group of Sisters of Mercy travelled to the Crimea. Thomas Grant, Bishop of Southward had requested Sisters for the Crimea mission in October 1854 and in October and November of that year there were negotiations that led to a second contingent of nuns being brought together.

Eleven Sisters were chosen to go from Ireland : Srs Joseph Croke and Clare Lalor from Charleville; Srs Paula Rice and Aloysius Hurley from Cork; Srs Agnes Whitty and Elizabeth Hersey from Dublin; Srs Aloysius Doyle and Stanislaus Heyfron from Carlow; and Mother Francis Bridgeman, Srs Joseph Lynch and Clare Keane from Kinsale. Some of their story is told here. They were accompanied by four Sisters from England: Sr Bernard Dixon from Chelsea, London and Srs Magdalen Alcock, Winifred Sprey and Elizabeth Butler from Liverpool.

The leader of that group was Mother Francis Bridgeman.

During the American Civil War (1861-1865) many Catholic Sisters volunteered to serve as nurses. Of the 640 Sisters who joined, Paula Diann Marlin rsm tells us, 'over 100 from 10 motherhouses who nursed the wounded during the conflict were Sisters of Mercy.' 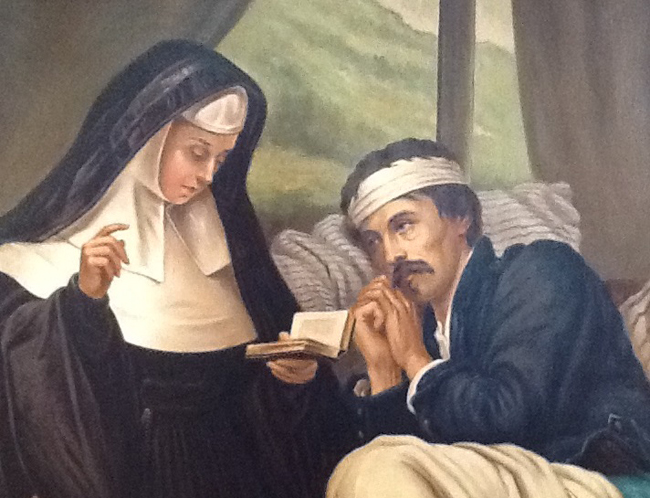 Abraham Lincoln requested this painting of a Sister of Mercy in 1863. This 1908 reproduction by John Hauser (1859-1913) hangs in McAuley Convent in Cincinnati.

The Civil War Sisters website replicates and expands on the topics featured in the physical exhibit at the Mercy Heritage Center in Belmont, North Carolina. The digital exhibit has much more background, contextual information about the history of the Sisters of Mercy, the attitude towards Catholic Americans in the 1860s, American medical practices of that time, and the legacy of the American Civil War.  'In the oral stories that I told, continued Sr Paula Diann, 'I chose to relate tales from the chronicles of the Sisters in Mississippi, Arkansas and Georgia because, while they suffered great privations and hardships along with the people, they never stopped helping others from both sides of the conflict. '

For Emily Reed, the Digital Records Archivist for the Mercy Heritage Center and developer of the online exhibit, the digital format is important to help fill a gap in the historical record.'The Sisters of Mercy’s history in the United States is long and involved.They had and have foundations in almost every state in the country, and they were involved with numerous historical events—from the American Civil War to the California Gold Rush to the March on Selma. So their story is really a significant piece of the United States story....We hope that in seeing this exhibit, people will come away with a better understanding of how women religious—the Sisters of Mercy in particular—helped shape the world we know today.

The International Nurses Day theme for 2015 is: Nurses: A Force for Change: Care Effective, Cost Effective. It could be applied equally well to the Mercies who nursed in the Crimea and in the American Civil War as it is to all those persons who nurse in Mercy hospitals and facilities today.

For care given without counting the cost, we say to each of you, to all of you, 'Thank you'. 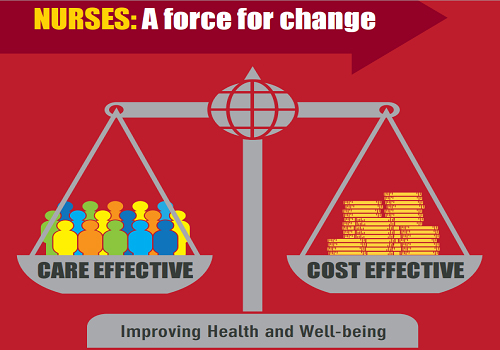