Reflections of the International Steering Committee 1994

In the two years of considering the co-sponsorship of Baggot St, members of the Steering Committee grew to appreciate this forum as a means of Mercy discovering itself in a global context, with potential for multiple fruitful linkages across the world.

This forum also provided an experience of mutuality, wherein large and small groups sat as equals with a single vote per country (national conference) regardless of the size of the membership. Mutual influence from the perspective of each of the countries and cultures represented was the desired norm, rather than control exercised in proportion to size and/or financial contribution. 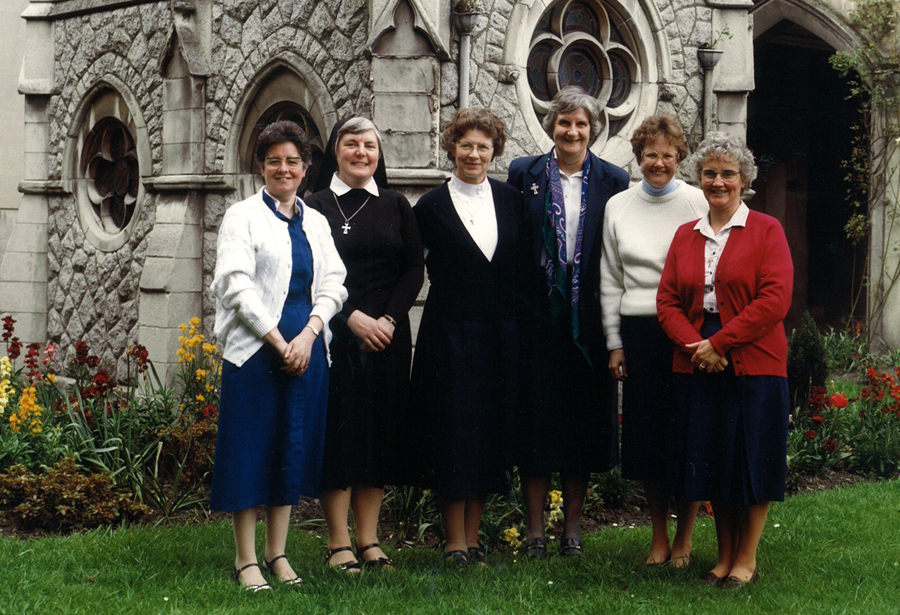 We were birthing a new mode of interacting on a global level, one that witnessed an alternative to the superpower model operative in the economic, political and social spheres of our world. We realised that until we are joined at the table by Sisters representing indigenous cultures of the Pacific, Asia Africa and Latin America, we are far from truly reflecting the multicultural global reality of Mercy.

We were drawn together by the question of Baggot St. However the very experiencing of ourselves as part of an international group, stretched us beyond our local perspectives and beyond our original question. The praxis of sharing and struggling with opposing views, reflecting on Catherine in this sacred place, in light of her multicultural Institute, evoked a universal perspective which transcended our particular solidarities.

The original question posed in 1989: "If Catherine looked at Baggot Street today, how would she have us use the space?" broadened. We began to realize there were other questions she would have us address together "If Catherine looked at our world today, what would she have us be about?" Whatever we did with Baggot St, it had to continue to be a catalyst, increasing our global awareness and challenging us to the costly surrender of national priorities and cultural biases in order to stand in solidarity with our Sisters in Mercy and the people they work with around the globe.

As we re-focused on the original question, the preservation of Catherine's legacy to us, union and charity, became more important than what happened to our particular preferences regarding the Baggot Street proposal. In our search for a compromise there was an effort to be Mercy to one another, to respect what had come from our various countries and to be particularly sensitive and attuned to the cultural realities in Ireland, the host country in which we and the proposed World Mercy Centre would be guests.

We knew, given the limits of time, space and budget, that we would not be able to resolve all our differences, nor even to integrate the diverse values into one proposal. What we set as a modest goal was to find a small piece of common ground on which all countries could stand together. This left unresolved issues which we were not able to address at this time. There was, however, a commitment to continue and the discernment and dialogue on these matters within the international forum over the coming years.