Editor: Today, 11 April, we remember with gratitude the day Mary Ann (Anna Maria) Doyle knocked on the door of Baggot Street and asked to be admitted to the House of Mercy. 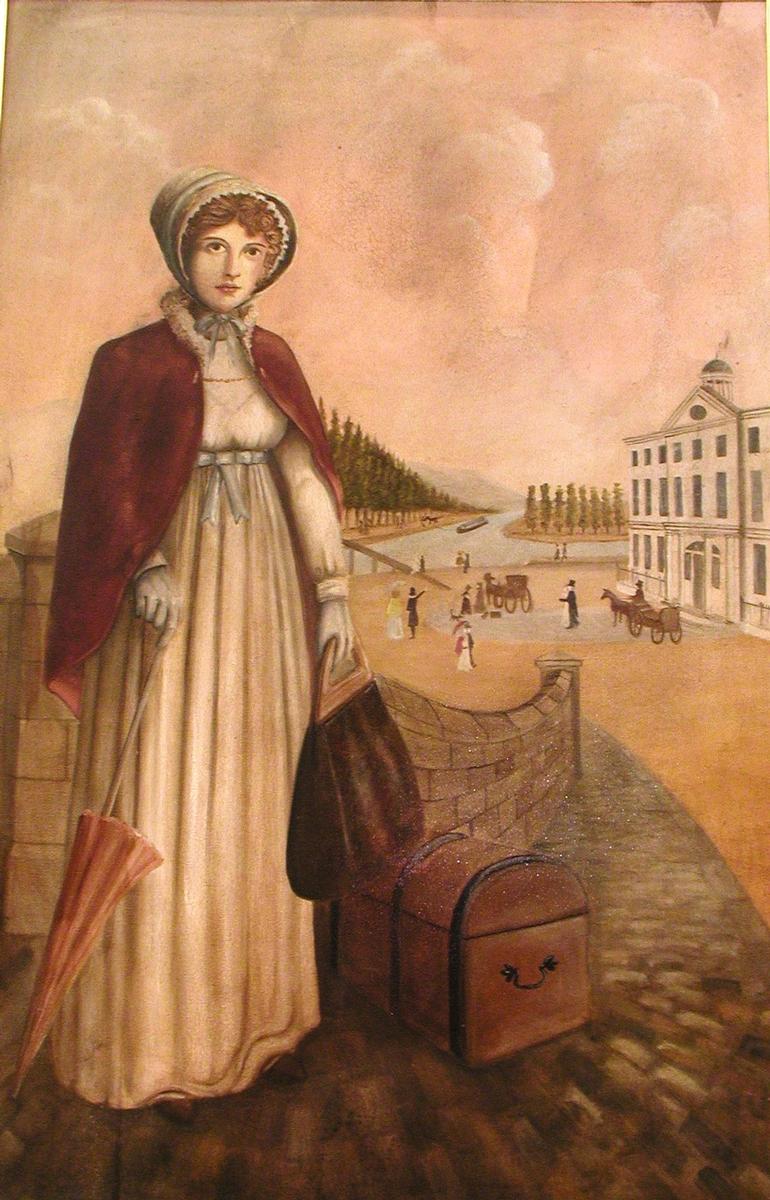 During the construction of the first House of Mercy, now Mercy International Centre, many people wondered what was the strange looking building on the corner of Baggot Street and Herbert Street, Dublin. Bonnie Brennan rsm, quoting the Derry manuscript, writes in her book It Commenced with Two, 'One passer by in particular,... "remarked the building with indescribable attraction", her name was Anna Maria Doyle. Seeing her interest in the progress of the construction, the man in charge offered to give her a guided tour, and gave her some idea of the intentions of the owner, Catherine McAuley. Fired with enthusiasm, Anna Maria lost no time in seeking an introduction to Catherine McAuley who received her "with gratitude and delight" in the home of her sister and brother-in-law...in the spring of 1827.'

And the rest, we can say, is our history.

Image: 'Lady with Bonnet' by Donald Knox. This painting of Mary Ann Doyle was commissioned by Mercy International Centre (MIC) for the 175th anniversary of the founding of the Order. It hangs in the Doyle Room on the first floor of MIC. Mary Ann is shown with her trunk  by the Grand Canal about to leave Dublin to make the foundation at Tullamore. Photos of family members were used to create her portrait, ensuring a family resemblance.