Respect - A ‘Looking Again’, an Enlarging of Love by Jo O'Donovan rsm

Respect – the ground of the word is the Latin, re-spicere which means ‘to look again’. 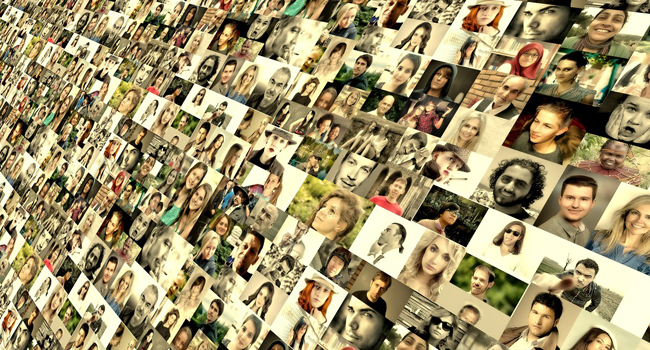 We naturally look to others for the comfort of likeness. We are less threatened when the personality of another person, their race, skin colour, in short, their narrative, fits in with ours.  But the pluralism of our world today invites us beyond such boundaries.  After the two world wars of the twentieth century, the Jewish philosopher, Levinas, tells us that the real face of our period has to be ‘the face of the other’, and it is that face that commands, ‘do not kill me’; that insists ‘do not reduce me or anyone else to your narrative.’ The haunting personalist philosophy of Levinas and his colleagues has laid the groundwork for the pluralism that is the mark of our times.  If we are to avoid wars, if we are to live in peace in our time, and simply be human we must allow the many and different others to have space in our lives. And we need not be afraid of difference. Even in ordinary everyday relationships, we do not understand unless we understand differently, that is, unless we are changed in some way by our meeting with and knowing of the other. This advice of David Tracy is given in the context of inter-religious dialogue. He implies that we cannot relate to other believers unless we look again and again at the other, unless we make room for them in our lives, and even risk having our self-understanding radically transformed. In short, our relationship with others is always a ‘looking again’, an enlarging of love, a practice of respect.

But to get a sense of the broad spectrum of how to put respect into practice, I now turn to Jonathan Sacks, recently retired Chief Rabbi of Britain and the Commonwealth. Sacks’ family came to England from Poland after the second world war. A distinguished British philosopher and spiritual writer, his writings are concerned with difference, with pluralism, with community and respect for the other. In an influential book in which he analyses the social developments he has experienced in Britain, he asks how can we build a home in society today? Indeed, reading Sacks one is also moved to ask, how can we also build a home in the community that we as religious sisters are committed to today?

Sacks’ thought is structured around three models of social relationship: The Country House, the Hotel, the Covenant Home. Britain has always been welcoming to strangers, and his family, like so many others found shelter there. The British were kind, but in the early period of immigration, the distinction between the English hosts and guests was taken for granted. Immigrants were expected to assimilate to English ways, but they were still looked upon as outsiders. Sacks summed it up as a relationship of hierarchy and patronage in which the prevailing identity was that of the host.

However, the unprecedented influx of immigrants to the country meant that the Country House model of relationship could no longer contain them. In good faith and responding to what was now fast becoming a pluralistic society, Britain extended itself to allow for and welcome the actual newness of other identities, but somehow in doing so cut its many guests loose from the prevailing system. Rather hopefully, the new approach was called multiculturalism. Sacks calls it the Hotel Model. One does not give up identity in order to live in a hotel. One pays the price and gets a room. One is free to do what one likes so long as one does not interfere with the other guests. But one does not really belong, as there is nothing to belong to, nothing to be loyal to. Since there is no overarching meaning, neither is there any shared language and conversation becomes impossible. Sacks sees the Hotel as a bleak place of non-communicating rooms, a place of individualism and indeed of loneliness. Here one is respected as an individual, but since one does not belong, elements of intolerance can make themselves felt, more so than in the Country House where at least one belonged as a guest.

Belonging and relationship are essential to being human says Sacks. Here he draws upon his Jewish upbringing as sourced in the Hebrew Bible. He says it is only under the space of the Transcendent God, in whose image we are made, that we are free to truly belong in a way that respects human freedom and difference. And so he proposes that the renewal of western society in the face of pluralism today will only come about in realising that our fundamental belonging to one another is sourced in our belonging to God who is covenanted with us and before and with whom we are covenanted with each other. He says that it is within this space of the divine ambience that earth becomes what it is meant to be, to cite Pope Francis, ‘our common home’, and our societies will have a universality in which diversity may flourish. Thus, a Home in this sense is a place where, he says, it is possible to truly belong and yet be different. A Home is held together by the contributions of all to its over-riding task – the common good. A Home does not have to sort out interpersonal issues between members. Its primary task is to promote the common good. And the common good is promoted by the integral working together of all the members through their contributions and gifts. Thus, the space of the Home is a larger one than ‘me’ and ‘mine.’ Each person as covenanted with God and each other is entitled to live in this larger space. In such a space they will flourish. And in such a space they will find respect.

Respect is what Catherine McAuley wanted for the poor and marginalized of 19th century Dublin and beyond. She wanted them to be brought in to some belonging in society and to experience being in the world as a Home. It is interesting to note how her biographer, Mary C. Sullivan, punctuates the life of Catherine around three major decisions, each in a way having to do with making a Home for the poor, for women and children who through poverty and lack of education were excluded from society. The first Home and basis for her work of mercy was with the elderly couple, the Anglican Mr O’Callaghan and his Quaker wife. The word ‘ecumenism’ did not exist in Catherine’s time, but she moved easily in ecumenical circles, having Protestant relatives herself, and even experiencing from them diatribes against her ‘popish practices.’ The greater good which was her vision of mercy freed her to cross boundaries and to bond with others, even the unlike, simply in their goodness and humanity. Thus her presence was a source of blessing for this elderly couple, as was theirs for her. In the O’Callaghan home she came to love the Bible, something that had been neglected in her Catholic upbringing and using their gate lodge and financial help she launched into her first project of mercy. As we know, her second Home was the Baggot St premises and House of Mercy which she founded with the fortune left to her by the O’Callaghans. During this period Catherine showed herself to be a skilled public relations person and development officer. Her third was the Congregation of Mercy Sisters , which as we know was destined to become an ever expanding Home.

Catherine would tell us we can be undaunted in the face of diversity today. Chaos is not the primary word, she would say, but rather the providence of God. For Jonathan Sacks we live in the space of the covenanting God; for Catherine we live in the domain of divine providence. ‘The Lord and Master of our House and Home is a faithful Provider. Let us never desire more than enough. He will give you that and a blessing.’ Thus, it was her confidence in the providential mercy of God that enabled her to graciously welcome and accommodate the needs of those who were different from her. She distrusted systems and decisions taken by committees remote from concrete experiences. ‘The poor need help now,’ she said. Always moved by this larger love and indeed risk-taking love, her model was Jesus in the gospels. We get the sense from her letters that she did not have to depend on the high dogmatic truths in order to know that in Christ God was self-emptied in the human. Possibly because of her merciful heart, gospel incidents, such as the ‘bent over’ Saviour washing the feet of the disciples (Jn 13:2-11) spoke to her not only of the presence of divinity in Christ but also of the humility of divine way of relating to others. This way is also one of risk; It is the larger love, a way of ‘respect’, ‘looking again’ to see more because always there is more to see in our diverse world.

A Place at the Table by Lori True. Purchase on *iTunes * Google Play *eMusic

Resources for your Further Reflection on the theme of Respect 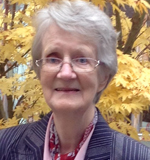 A member of the Congregation of the Sisters of Mercy Ireland, I  trained as primary teacher, studied theology in Rome and taught in Mary Immaculate College, Limerick, except for four years in which I was doing post graduate studies. In last ten years of teaching I focussed on developing the new BA in Theology and Religious Studies and taught on same. Specialised in World Faiths and dialogue, and when I retired in 2002, I gave some years writing on Intefaith. Veritas published Understanding Differently in 2012. At present I'm engaged in just 'living', facilitating a poetry reading group and a small group in pastoral theology. I write at times, especially if I'm asked to do something.