The meeting held in Mercy International, Baggot Street, Dublin in December 2011 was a joint initiative of MIA and the Irish Congregation and was a follow-on from a previous meeting in November. Reflecting on that meeting Sr.Mary Fagan SP said:

“It was a truly life-giving experience to share in the discussion. Do you know that we, as Sisters of Mercy, can be actively involved in shaping the agenda for this “moment of opportunity” for the whole earth community? The importance of the meeting for me was that I now feel involved in the preparations for Rio+20 and I look forward to our next meeting when Nora will report on her trip to Geneva.”  Read more from Sr. Mary Fagan SP

Sr. Nora Burke, Western Province, had represented MIA, Mercy Global Action, at the UN European Regional Preparatory Meeting for Rio+20 in Geneva on 1-2 Dec. Sr.Aine O’Connor, MIA Interim Co-ordinator of Mercy Global Action at the UN, and Sr. Immaculata Devine, South African Province, presented the Mercy Voice at COP17, (the 17th Conference of Parties on Climate Change) in December in Durban, South Africa. Sisters Aine and Nora were in Dublin to report on both conferences to members of the four Irish Provinces and others.

The meeting was facilitated by Sr.Susan DeGuide, a member of the Mercy Global Action Network and representing the Irish Congregation. Susan welcomed everybody, especially Aine and Nora. She led the prayer and reflection, focusing on the the sacredness and vulnerability of our Earth home. Sr. Carmel Bracken NP added a touching ending to the reflection. 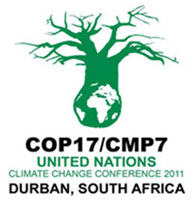 The meeting was then handed over to Mary Purcell, Assistant Director on MIA Mercy Global Action initiative. Mary engaged previously with the Irish Congregation, and in 2010 undertook a Feasibility Study on Sisters of Mercy Global Action, commissioned by Mercy International Association. Mary outlined the present structures in place for MIA Mercy Global Action which included a Theological Advisory Group, a network of Global Action Co-ordinators, expert working groups on Opposing Trafficking and Cosmology/Eco Justice and a Circle of Theologians.

After highlighting the Vision and Guiding Principles of Mercy Global Action Mary focused on key global areas where aspects of the Focus Themes of Cosmology/Eco-justice and Trafficking are undertaken by Mercy sisters across the globe. Mercy Global Action works on linking sisters across the world who are engaged in similiar work and on developing common campaigning and advocacy positions.

What are the RIO+20 and the Climate Change processes?

Betty Lacey, intern researcher with MIA introduced the two eco-justice processes that Mercy Global Action are working on at an Advocacy level – namely Preparations for the Rio + 20 Conference to be held in Rio in June 2012 and the Climate Change process. Betty included the background and origin of these two processes into her presentation. She also drew attention to the Statement of MIA to Governments participating in the 17th Conference of Parties (COP17) to the UN Framework Convention on Climate Change which already went out on E-News. Read the MIA Statement on COP17

Betty clarified that the United Nations Conference on Environment and Development held in Rio in 1992, also called the Earth Summit, set the agenda for subsequent conferences. It’s message then was that nothing less than a transformation of our attitudes and our behaviours would bring about the necessary changes. That message is still relevent to-day as we go forward to Rio+20, and to
a global realisation that the environment is finite.

With regard to Climate Change Betty explained how the greenhouse gases and subsequent rise in temperature on the earth affect people, plants and animals, are a huge risk to life. She explained that the UN Climate Change Conference held in Durban focused on four main issues: Kyoto Protocol; Framework to review countries’ progress on emissions; Clarity on Climate finance with approval of Green Climate Fund; Defining ‘adaptation and mitagation’ measures for climate change.

Betty concluded by focusing on the Irish scene and how the new Government have shown that whatever they stand for, it is not for sustainability. They abandoned projects, sidelined climate change legislation and ignored the fact that our activities are causing our planet to burn. We need a wider definition of what being a ‘useful member of society’ means. If one raises a child, runs a GAA club, or simply stops to chat with an elderly neighbour one is making a vital, measurable contribution to society and the wider issues of climate change. Read more on Rio, Durban and the Irish response

The outcome of the UN Climate Conference, Durban 2011 - A Milestone or A Tombstone?

This was the title of Sr. Aine O’Connor’s presentation on return from the South African Conference.
Aine explained that Leaders and governments heralded the outcome as “a milestone achievement.” However, many others, including numerous non-governmental agencies and faith-based organizations, concluded that the Durban outcome was “too careful, too weak to stave off a crisis.” She quoted the Guardian environmental editor Damian Carrington’s headline on December 12, 2011 which read: “Climate deal: A Guarantee that our children will be worse off than us.”

After fourteen days of talks, world governments finally agreed on a Durban Platform of Enhanced Action on December 11, 2011. Aine reported it as:

While outcomes and implications of the Durban Climate Conference continue to evolve, Aine offered further observations that also may help to shape direction for Mercy Global Action.

Aine concluded by outlined possible Next Steps for MIA Global Action Mercy Response: “The poor need help today, not next week.”She said that if ever Catherine’s spirit and words were imperatives for Mercy action, the Durban climate conference confirmed Catherine’s passion for practical and pragmatic action. The Secretary General of ACT Alliance agreed when he lamented that “while the governments are relieved the climate summit in Durban delivered at least some sort of agreement, the poor and vulnerable will weep at it content. The agreement is too careful and vague to stave off the worst impacts of climate change in sufficient time.”

In answer to the question “Where do we go from here?” Aine offered the following suggestions:

As a Mercy Global Community, the Durban outcome impels us to international action:

Nora expressed her gratitude to all who helped her along the Road to Geneva and the UN Regional Preparatory Meeting for ECE Region on 1-2 December 2011. She shared an ‘airport’ story which put her right in touch with poor, powerless and vulnerable people around the world and it gave powerful meaning to her journey to Geneva. Nora presented context of Preparatory Meeting on powerpoint.

Five Regional Preparatory meetings were planned in response to a request for Regional participation and influence in setting the Zero Draft of the Sustainable Development Agenda for Rio+20. (This is now available at www.iisd.ca/uncsd/prepe)

Over 350 participants attended the Geneva meeting.
Representatives from Governments, UN bodies, Intergovernmental organisations, Major Groups, and the Media all had a voice at most sessions. Geneva issues were similar to those of the other four meetings.

Issues Nora selected for discussion are as follows: Current financial crisis, role of women, youth and education in SD, Ombudsperson for the young, Urbanisation, local up best way for fair and understandable SD, Government methods need to be challenged and clarified in the light of the Aarhus Agreement and Article10 No.1 UNHRC. Read more on the selected issues

In Nora’s final comment she said that Geneva was all about two options:

The summary of the Geneva meeting can be accessed at www.iisd.ca/uncsd/prepe A handout of The Co-Chairs’ summary of the Geneva regional meeting was given to each person as well as a glossary of terms and a definition of Green Economy and The Institutional Framework for Sustainable Development

Following these two presentations Sr. Susan DeGuide thanked Aine and Nora for their valuable contributions as ‘messengers for Mercy’ and Mercy Global Action.

Susan then facilitated a discussion on the sNext Steps for Mercy Sisters in the four Irish Provinces.
The following Recommendations were offered from the floor.

The meeting concluded with a prayer and gratitude expressed by Susan DeGuide to all the presenters and to the participants for their presence, at what may be the beginning of exciting times for MIA-Mercy Global Action.